A reflection from the academia and the media 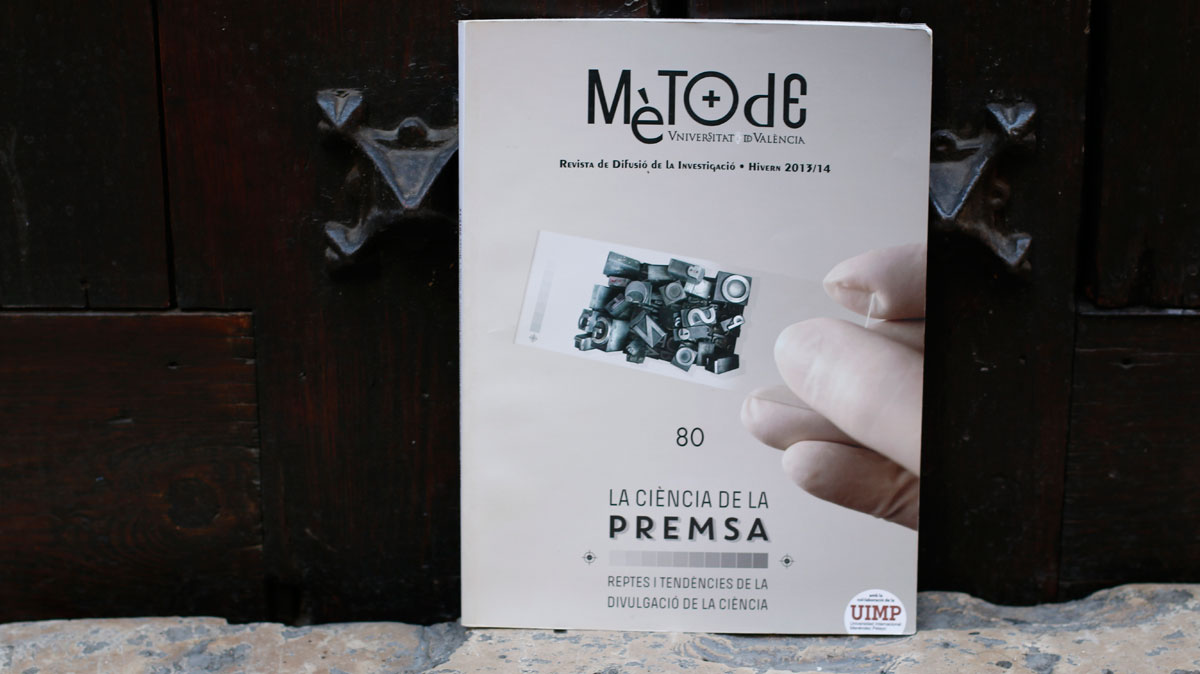 Media play a crucial role in transmitting and disseminating scientific knowledge. In the exercise of their profession, journalists often face information with scientific notions, which they must know how to deal with in order to offer rigorous, high-quality information. We only need to take a look at any recent newspaper to find news that require a scientific background to be properly contextualized: palm oil, child vaccination, pseudosciences, climate change, cancer research… All of them topics of interest for the general public, and all of them require information professionals specialized in science.

Does this mean that journalists must have scientific training? Should they have studied physics, biology o mathematics? Not necessarily. What they do need is knowledge of the scientific world and the scientific method. They must know how scientific research, replication or scientific journals work. They must know the language of science and scientists. Only this way is possible to distinguish fraudulent or unreliable information. Unfortunately, we can also find examples of this on the media, when information with very little scientific base have an undeserved impact, due to journalists not double-checking the scientific and medical data provided by the sources.

There is more than one reason for this phenomenon. Beyond science illiteracy and journalistic malpractice, there are other causes tied to the economic crisis –staff cuts have erased many specialized sections– and the model crisis this sector is going through, where new media and new tools prioritize the immediate impact. This fact, plus the lack of resources, makes it difficult for the journalist to invest time in confirming and verifying news with various sources. But despite this, in our communication scenario we find really good science sections as well as media specialized in science dissemination. Often they are based on the tenacity and personal commitment of professionals invested on science communication.

The other side of the coin are science professionals. While often researchers have kept their distance from science dissemination –it took time away from work and it was even frowned upon by fellow scientists–, nowadays, more and more, science professionals are seeing the communication of their research as part of the job. At the same time, they understand that this relationship with media can bring more good than harm. Universities and scientific journals know this, and through their communication departments, they promote the dissemination of their research through social networks and media. In fact, there are now alternative metrics to the traditional impact factor (based on the number of citations in other publications), which also take into account citations on blogs, news or social networks.

Given the importance of science communication in our society, in 2013 Mètode promoted the organization of a seminar to analyse challenges and trends in this field. It took place at the headquarters of Menéndez Pelayo International University in Valencia and we brought together science journalists and experts on science communication. With the collaboration of the university, we collected the main conferences that took place in this seminar in a very special monograph: The science of press, which I coordinated along Martí Domínguez. In this issue that we remember on the occasion of the 25th anniversary of Mètode, we can find in-depth articles from researches such as Hands Peters Peters, where he analyzes the relationship between scientists and journalists, Dominique Brossard, about the new tools of dissemination offered by Internet, and Susanna Priest, about the media coverage of climate change. We also find the point of view of media thanks to Pilar Perla, in charge of the journal supplement Tercer Milenio, who tells us about the challenges of science journalism; Ana Garralaga, who analyses the particularities of communicating science in Basque in the journal Elhuyar, and Luc Allemand, editor-in-chief of La recherche at the time, who analysed the evolution of science media on the Internet through his own experience on that journal.

To finish the issue up, there are two interviews: to Maxwell Boykoff, researcher on communication and climate change, and to professors Hans Peters Peters and Susanna Priest, about the rapprochement between the two cultures: science and journalism.

This is one issue that reflects the goals of Mètode to analyse and contribute to the improvement of science communication, bringing together scientists and journalists, researchers, and professionals on science communication… An issue, in short, made to finally overcome the barrier between the two cultures.

Communicating science effectively and rigorously is still one of the many challenges facing scientists and researchers today. Indeed, in the current context it is more important than ever to involve society in the work undertaken at universities and research centres.