The consequences of a crisis of crisis 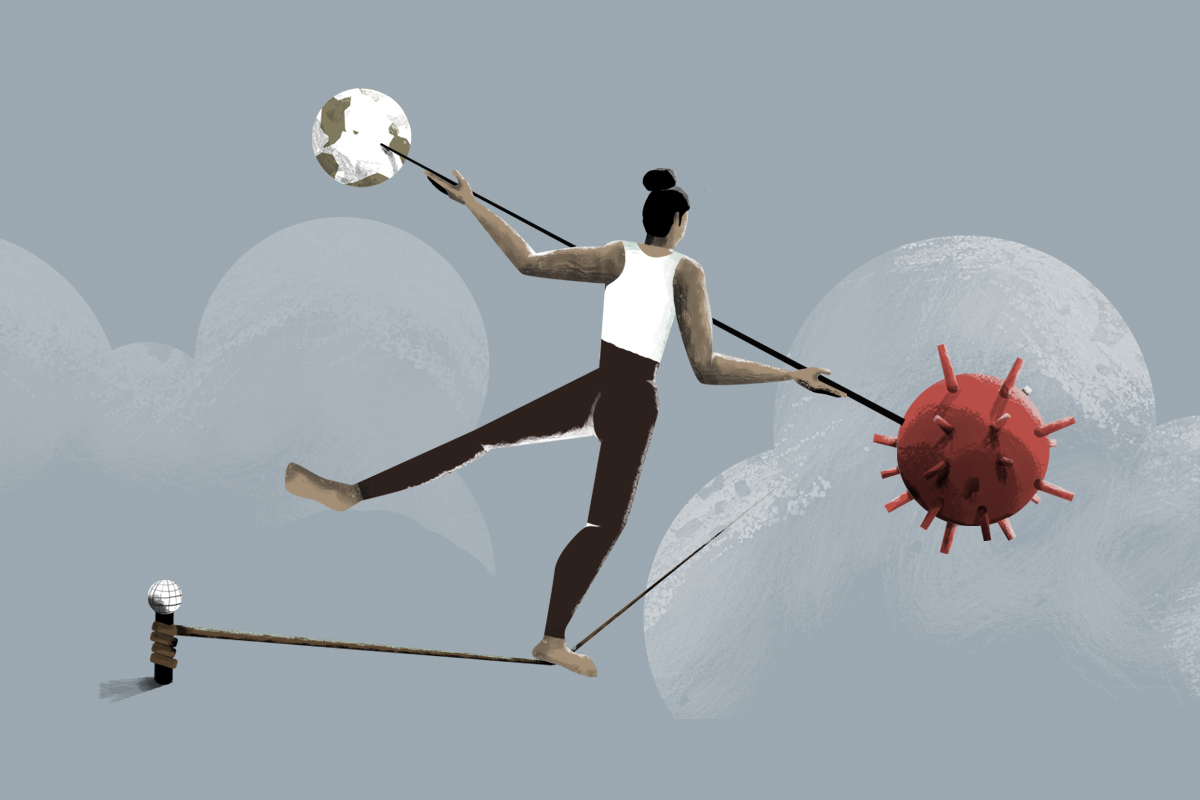 The Intergovernmental Panel on Climate Change (IPCC) estimates that human activities have already caused global warming of about 1°C above pre-industrial levels. With current data, it is estimated that this increase will reach 1.5°C between 2030 and 2052. This means that biophysical indicators are in all likelihood doomed to get worse, and the consequences of this are directly related to health, food security, or water supply, among other issues that constitute the basic livelihoods of societies.

«The adaptation of societies and territories to the now inevitable consequences of climate change is an issue that has gradually moved to the centre of scientific, political, and socio-economic concerns»

Yet, in a recent report on the impacts of the 1.5°C global increase, the same experts pointed out that these risks largely depend on the magnitude and pace of warming (IPCC, 2018). In other words, while the speed of change matters, the speed of reaction and deceleration also matters. The good news is that it is possible to work towards keeping global warming within a limit of approximately 1.5°C. Or at least to keep it below 2°C, a scenario in which the variables are expected to get worse (IPCC, 2018). But this requires rapid and far-reaching transitions in many pre-established structures, such as the energy system, urban planning, or in the industrial sphere, among others.

The adaptation of societies and territories to the now inevitable consequences of climate change is an issue that has gradually moved to the centre of scientific, political, and socio-economic concerns. Although both the concept of adaptation and that of vulnerability in this context contain aspects and nuances that need to be considered (Bassett & Fogelman, 2013; Brown, 2011), in recent years they have occupied a prominent place in climate change literature and are receiving increasing attention from experts (Bassett & Fogelman, 2013). Some studies point out that adapting to climate change necessarily requires a growing social perception of the consequences of the climate crisis (Adger et al., 2009). However, many scholars warn of the importance of generating a hopeful notion in this conception of the future (García, 2013) as well as demonstrating potential solutions to climate-related problems to create narratives of hope (Bloch, Vicen, & Serra, 2004; Ehrlich & Ehrlich, 2013).

Passing the crown of the media throne

A certain concern for the consequences of climate change has emerged in social logic (Bord, Fisher, & Robert, 1998). Proof of this is the fact that, especially since the last decade (Freitas Netto et al., 2020), some companies tend to use sustainability-related terminology as a marketing tool to increase sales of their products. This phenomenon is known as greenwashing, a term coined by environmentalist Jay Westervelt as early as 1986. Although the word is not attached to a single definition, it refers to misleading advertising aimed at generating excessively positive expectations regarding a company’s environmental practices (Torelli, Balluchi, & Lazzini, 2020). In some way, greenwashing manifests a social demand for more environmentally friendly behaviour, a reflection of the permeation of a germinating environmental consciousness.

«COVID-19 seems to have displaced global warming from media attention»

Moreover, numerous studies indicate that the mass media are very influential tools that can modulate public awareness of environmental issues (Slovic, 1986). Thus, another sign of collective concern over climate change is the fact that in recent years climate issues have been placed at the centre of the media agenda. Even so, it is a matter of debate whether the increased awareness about global warming is linked to greater public commitment to the issue (Malka, Krosnick, & Langer, 2009).

At any rate, one of the effects observed with the emergence of COVID-19 is that it seems to have displaced global warming from media attention, possibly because the coronavirus crisis has become much more urgent. Some studies question the idea of limiting the communication of a crisis -such as the climate crisis or the coronavirus crisis- to just issuing warnings about its dangers (O’Neill & Nicholson-Cole, 2009; Witte, 1994). That is why a scenario like the present one perhaps requires not saturating the media with an excess of information about the most dramatic consequences of global warming.

However, in a situation as particular as the present one, losing sight of climate change in the media could run the risk of strengthening the consensus for a narrative in favour of economic growth that leaves environmental issues in the background, with the associated implications for the fight against climate change. In this sense, we should bear in mind what the environmental sociologist Ernest García (2013) argued when he stated that «nothing reveals this productivist consensus better than the omnipresent ideological model according to which growth is good and desirable and austerity is bad».

That being said, the way in which societies understand their vulnerability to climate change will inevitably influence the articulation of their response to it (Bassett & Fogelman, 2013). Can the turning point resulting from COVID-19 be a milestone in this regard? One can ask whether the current situation will help to understand the fact that accessing and managing resources are cornerstones of vulnerability and adaptation dynamics to climate change, as well as other less predictable future crises.

Therefore, one of the aspects that should receive special attention is the analysis of the terms according to which the social and economic recovery from this health crisis will be evaluated, especially in a context of climate emergency. One interesting question proposed by professors Tom Bassett and Charles Fogelman (2013) is that, if one of the main political arguments is that society would have to be adjusted ” to reduce vulnerability within the prevailing system” in relation to future crises, how does this re-ordering take place? The first indicator of the risk of this restructuring can be found in some of the policies that are already being implemented in different parts of the world.

Many of the measures taken in times of crisis involve the elimination of regulations that were being implemented on climate change, even though they were insufficient. A recent example of this is the amendment to NEPA (National Environmental Policy Act) regulations made by Donald Trump’s government in the United States. Deregulation of this case law removes environmental restrictions imposed by the US Environmental Protection Agency (EPA) that had been in place for over half a century. As a result, environmental studies required for construction in polluting industries no longer have to consider the cumulative consequences of pollution. In other words, only short-term polluting effects will be taken into account.

However, these trends can also be found in the policies of more nearby territories, such as Andalusia. According to Andalusian Government’s decree law 2/2020, of 9 March, the health crisis caused by the coronavirus «provides obvious reasons to expect a further slowdown in economic growth». The law states that «the change in international expectations and the economic slowdown mean that economic policy decisions have to be taken to avoid a further slowdown». Under the rhetorical shield of competitiveness of the productive sector, the Andalusian government intends to carry out a series of structural reforms in the Statute of Autonomy. Some of these reforms represent a step backwards in terms of climate protection, eliminating environmental protection permits, which up until now were mandatory.

Going back to the reflections raised by Bassett and Fogelman (2013), they state that it is particularly interesting to analyse the social, political, and economic processes that shape vulnerabilities and opportunities to overcome adversity at different scales through the prism of political ecology. At the very least, these recommendations are aimed at avoiding the risk of turning sustainable adaptation into an oxymoron, which has already been noted by leading environmental social scientists such as Katrina Brown (2011).

IPCC. (2018). Global Warming of 1.5 C An IPCC Special Report on the Impacts of Global Warming of 1.5 C Above Pre-Industrial Levels and Related Global Greenhouse Gas Emission Pathways, in the Context of Strengthening the Global Response to the Threat of Climate Change. Sustainable Development, and Efforts to Eradicate Poverty. Retrieved from https://www.ipcc.ch/sr15/