«In Spain, there has been a lack of care for scientific heritage»

Full Professor of Journalism of the University of Valencia 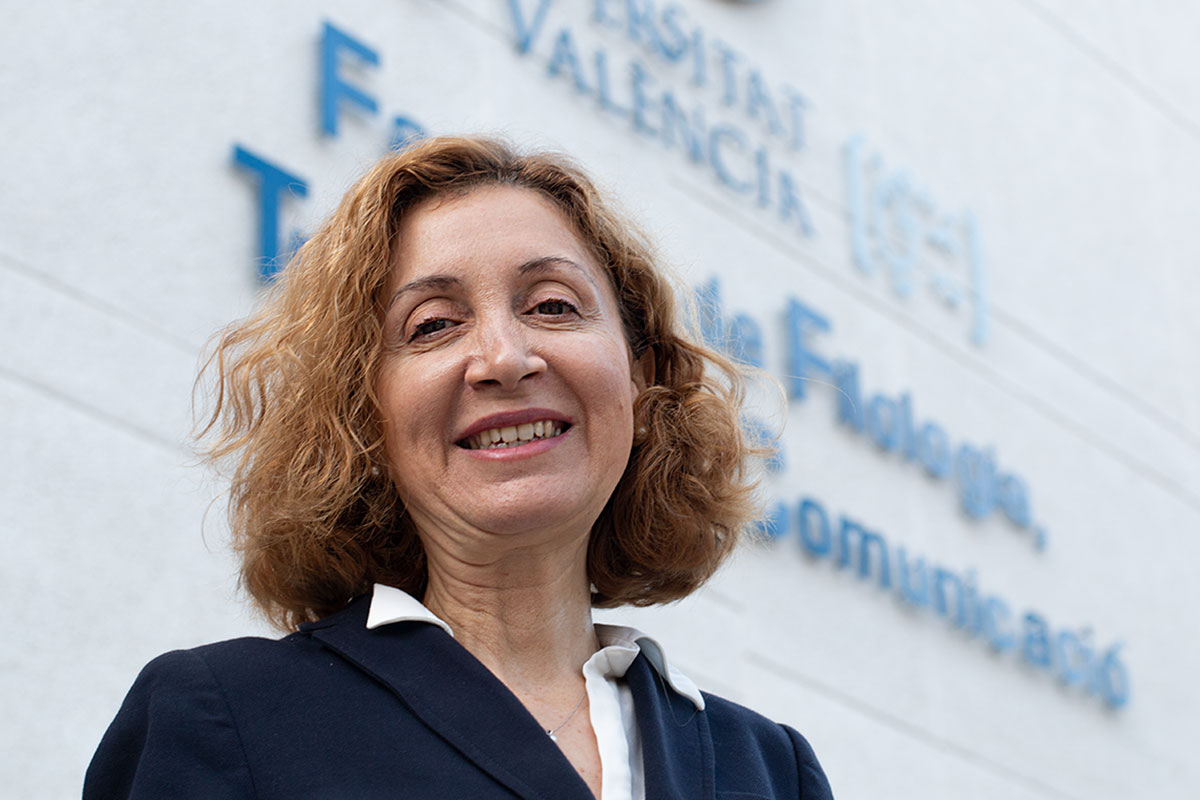 Carolina Moreno Castro is a full professor of journalism at the University of Valencia, where she teaches science journalism and develops her research activity in the field of science communication through the group ScienceFlows, of which she is the main researcher. In addition, she is currently leading CONCISE, a European research project worth 1.2 million euros and which brings together participants of different institutions from five countries. The goal was to analyse the role of communication on the scientific perception and beliefs of the European Union citizenry. This ambitious project will include 500 interviews to European citizens from Spain, Italy, Portugal, Poland, and Slovakia.

Professor Moreno is excited about the project, from which she hopes to extract conclusions that can improve the communication of science. The different discussion groups will take place between September and November 2019 in Lisbon, Valencia, Vicenza, Trnava, and Lodz. There, the participants will give their opinion on five scientific topics that generate controversy in different parts of society: vaccines, climate change, complementary therapies, and genetically modified organisms. We met Carolina Moreno in her office at the Faculty of Philology, Translation, and Communication to talk about the research they are about to undertake and about their own vision of the social perception of science.

The CONCISE project focuses on how citizens perceive science. Before starting the research, how do you assess the perception of science by the citizenry?

It is a rather complex issue, greatly influenced by different aspects. Can we say that the majority of Spanish citizens have a positive perception of science? Not in general. However, this is not due to a backlash against science, but because of a lack of scientific culture. The feeling I have, after twenty years of work in this field, is that in Spain there has not been a reflection on this matter.

What influences the perception that citizens have of science?

I am constantly asking myself to what extent the different agents influence their perception. That is, whether anti-vaccination citizens are more influenced by the media, by their family situation, by their religious or political links… It is necessary to think that political packs are very defined and cohesive. For example, it is difficult to think of anyone who is both a vegan and pro-bullfighting. And there is also a crucial element, which is education. But this question about what influences our perception, I still cannot answer, not even as an opinion, because it is not shaped, and we have requested the project with this aim. In fact, we rely on this almost existential question: what is influencing it? There is a lot of discussion about the impact of the media, but it has already been shown in several recent surveys that, with certain subjects, citizens are more influenced by their circle of close relationships: their partner, family, friends… 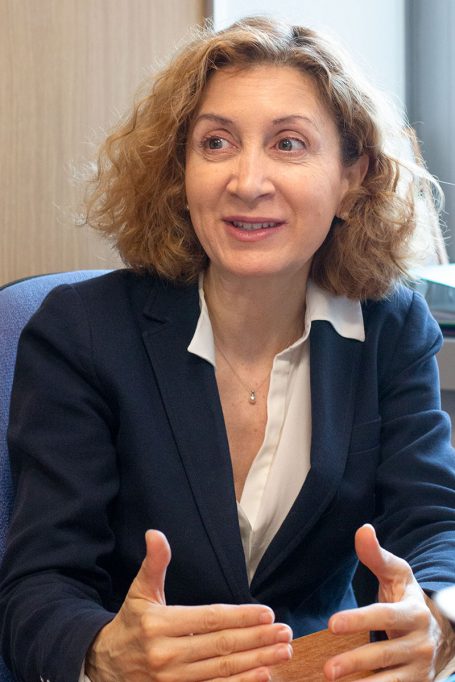 Even more than the messages they receive through the media?

Of course. You have to think that, in the end, social networks work a bit like bubbles. You see the tweets the people in your circle. If I, as a researcher of the University of Valencia, let myself be dragged by all my circle, including Mètode, the Institute for the History of Science, the Chair for Scientific Dissemination, etc., basically what I am creating is a bubble as well. I have never got a tweet from someone whose political party is completely antagonistic to my beliefs.

In the CONCISE project, 500 people from different countries will be interviewed. What do you want to find out with this research?

Our aim is to see how the beliefs and perceptions of European citizens have been shaped on four specific subject matters of science, through discussion groups of five people. This is an interesting qualitative methodology because it will allow us to assess the participants’ reactions to different stances. Most probably, those who are very much in favour of something, or very much against it, will radicalise their point of view more and will try to defend their opinion to stances which are contrary to their own.

The subjects you are going to deal with are scientific issues that cause certain controversy in society. Why have you chosen these four in particular?

We wanted to pick controversial scientific issues because we were interested in subjects with added value. These subjects are closely linked to the political agenda, public health, etc. Issues about which participants will surely have a set idea related to the decision making in their daily life. Another interesting issue that we will measure is how many people refer to terms such as scientific evidence, scientific method, scientific production, etc.

Is it a way of evaluating the scientific culture you referred to before?

And we will also be able to know whether these people have a university education or not, if they are better or worse informed as citizens… We will be able to know many issues.

When we talk about scientific culture, what do we mean exactly?

When someone speaks of general culture, everyone understands that you have to know about literature, history, geography, etc. However, the scientific part is eliminated. But science is part of the cultural process. In Spain in particular, the scientific culture of the general population is extremely poor, but not due to a lack of culture. You can find very erudite people who has no scientific education. Educational policy has not been clearly planned in scientific terms, as it has in other countries. And then, it also has to do with the history of the country. In Spain, there has been a lack of care for scientific heritage.

The project has brought together researchers from five countries. You just said you do not like to talk with no data. However, do you expect to find differences between these countries?

We have no prejudices in this sense. We know that in the case of vaccines in Italy, there is now a major debate in process, but we do not have many preconceived ideas. The project includes perception and beliefs in the title, but we are also looking for attitudes, knowledge, interest…

Is the rise of the anti-vaccination movement in certain countries not a contradiction now that we have more scientific knowledge and information?

I am going to comment on something that, written in an interview, may seem quite controversial. It is obvious that both vaccines and antibiotics, as well as hygiene, have made medicine progress and have improved people’s quality of life and expectations. But, on the other hand, the scientific controversies that are transferred to society are not born in society. When they reach society, it is because there has also been a debate in the scientific community, and I refer to the fact that precisely from the institutions, or even from many fields, such as biology, medicine, and chemistry, diverging messages are often sent to the population. I have met molecular biologists who are absolutely reactionary with the idea of DNA inference. Not everyone takes the same sides within the same community. 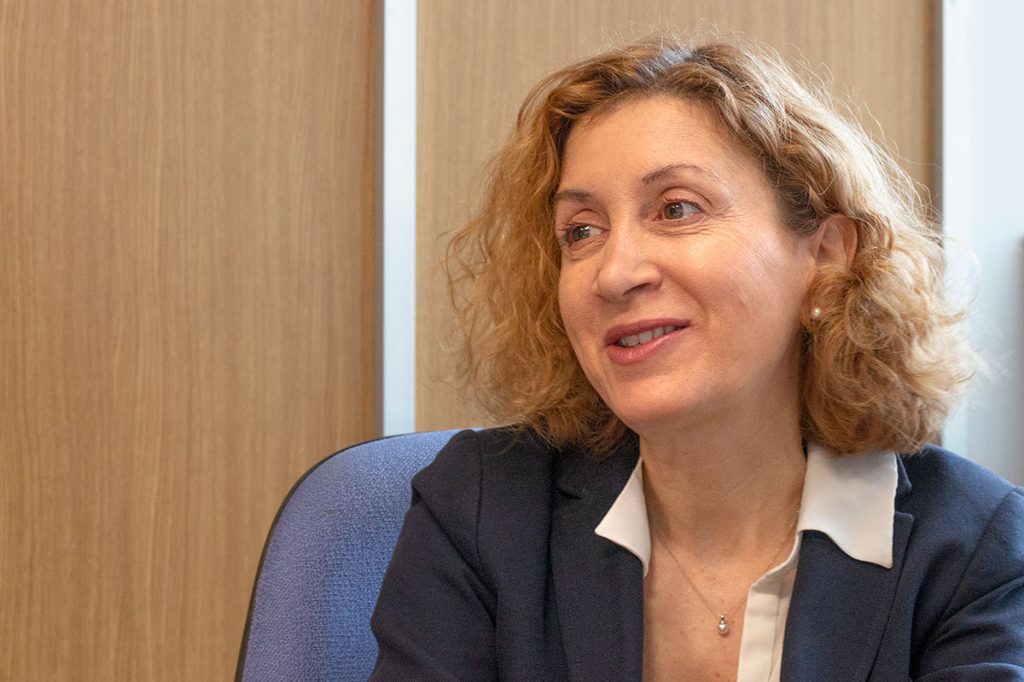 But sometimes such scientific controversy does not exist, or it was an isolated event, but it remains in the collective imagination. Such is the case of the relationship between vaccines and autism, or the economic and political interests that spread doubt about climate change through the mass media.

I believe we are overestimating the role of the media, because, how many people read daily? Less and less. How many watch the news? What news do we get? It the end, you are inside the bubble of your social networks, where you read the news headlines. In Spain there is not an anti-vaccination movement, there are isolated cases, which are in fact enlarged by the media. And I have one thing to say, it is precisely in those places where education in scientific culture is higher or which are rated as more advanced societies in all indicators, such as the Scandinavian model, where we find people with more reaction against it.

In a study published a few months ago, you described the profile of a user of alternative therapies: a woman with university studies and high purchasing power. What is the reason for this?

In the case of the average profile of a Spanish citizen, with secondary education and a job in the services sector, the majority of people rely 100% on their doctor. Who is more prone to quibble or to search for separate information? Those who have more training and time, and have access to quality information. Starting with homeopathy: if you get paid the minimum wage, you are not going to buy a homeopathic syrup that costs 22 euros. You will buy one for one euro. In this sense, in the different discussion groups we will see how citizens take sides in each of the subjects.

One of the aims of the study is also to outline a standard of indicators in order to improve scientific communication.

Right now, the television series The Big Bang Theory has more impact than a piece of news in the media. Through the discussion groups we will be able to see whether or not these people are being informed through the media, if they watch specific programs, if they listen to podcasts, if they inform themselves through Facebook… Our idea is to know what we can do so that scientific information reaches them through other channels, different from the usual ones.

What is certain is that the institutions’ interest in dissemination is ever-increasing. However, the researcher Massimiano Bucchi warned, in your interview to him for Mètode along with Susanna Ligero, that we run the risk of preaching only to the choir. Do you agree with this statement?

I have talked many times to Massimiano Bucchi about this, and we have the feeling that we are always doing the same thing for the same people. We are trying to improve dissemination in the same ways we have always done and for the same people, but we do not manage to involve new audiences. Projects like this will help us to find out what is at the heart of the European citizens’ conception about science and how it is structured.