Why Are Tides 6 Hours Long if the Sun and Moon Have 24-Hour Cycles? 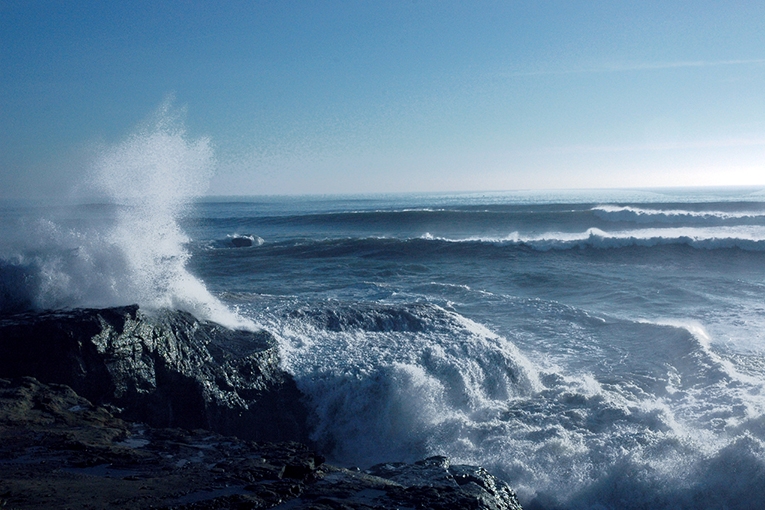 And Why Is the Mediterranean Higher during the Winter?

Both of our reader’s questions deal with sea tides, so it seems sensible to answer them together. The first has to do with what we call diurnal periodicity variation, that is, variation occurring during a day; actually, as the reader says, the tide cycle is shorter than a day. Yet to understand the characteristics of such a cycle, we call it diurnal. The second refers to a much longer variability period, a yearly period, which we call seasonal because it is related to seasons. The oceans respond to other cycles of change in the level of water, some much shorter, like waves that have a periodicity of seconds, and others much longer, such as glacial-interglacial variation, with a periodicity of around 100,000 years during the last million years. But the two cycles mentioned by the reader are the most significant in the timescales in which people observe the sea, hence their importance.

Tidal cycles vary depending on the place, although the most frequent periodicity, especially in western Mediterranean, is 12.42 hours; this tide is called lunar semi-diurnal tide. A period of 12.42 hours means that amount of time must pass for the same phase of the tide to repeat; for instance, if we have a low tide we have to wait 12.42 hours for another low tide. So the period between low and high tide is around 6 hours. It is important, though, to take into account that the whole cycle takes a bit over 12 hours (12.42) rather than 6 hours.

Why do we find a dominant tide of 12.42 hours, then? This is due to what we call equilibrium tide. Let’s imagine the Earth without continents, covered by an ocean of water with the same depth in every point. The main force for such an ocean is Earth’s gravitational pull, directed towards the centre of our planet, but it also feels the gravitational pull from the moon (there would be no tides without moon or stars). Having said that, the moon’s pull is not the only astronomical force experienced by the planet. Not only the moon revolves around the Earth: due to the presence of the moon, the Earth also revolves around the mass centre of the Earth-moon system, a mass centre that is, actually, inside our planet. The result of this spinning is that the ocean covering the Earth is subjected not only to the gravitational pull of the moon but also to a centrifugal force. The sum of these two forces makes the ocean adopt an elliptical shape, with the axis that crosses both ends of the ellipse pointing towards the moon: this is what we call the equilibrium tide (as we can see in this picture).

Let’s also imagine for a moment that the moon does not change its position (or barely does it) during 24 hours: the Earth makes a full rotation during that period, so an island in this ocean will experience two high tides and two low tides, that is, a tide with a period of 12 hours (the situation is actually a little more complex because the rotation axis of the Earth is not perpendicular to the plane in which the Earth and the moon move, called ecliptic, you can see it in this picture). The difference between 12.42 hours and 12.00 hours comes from the fact that during the daily rotation of the Earth the moon slightly changes its position, too (it takes around 30 days in a complete turn around the Earth). 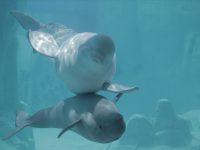 Why do whales sing? 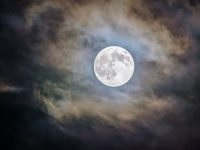