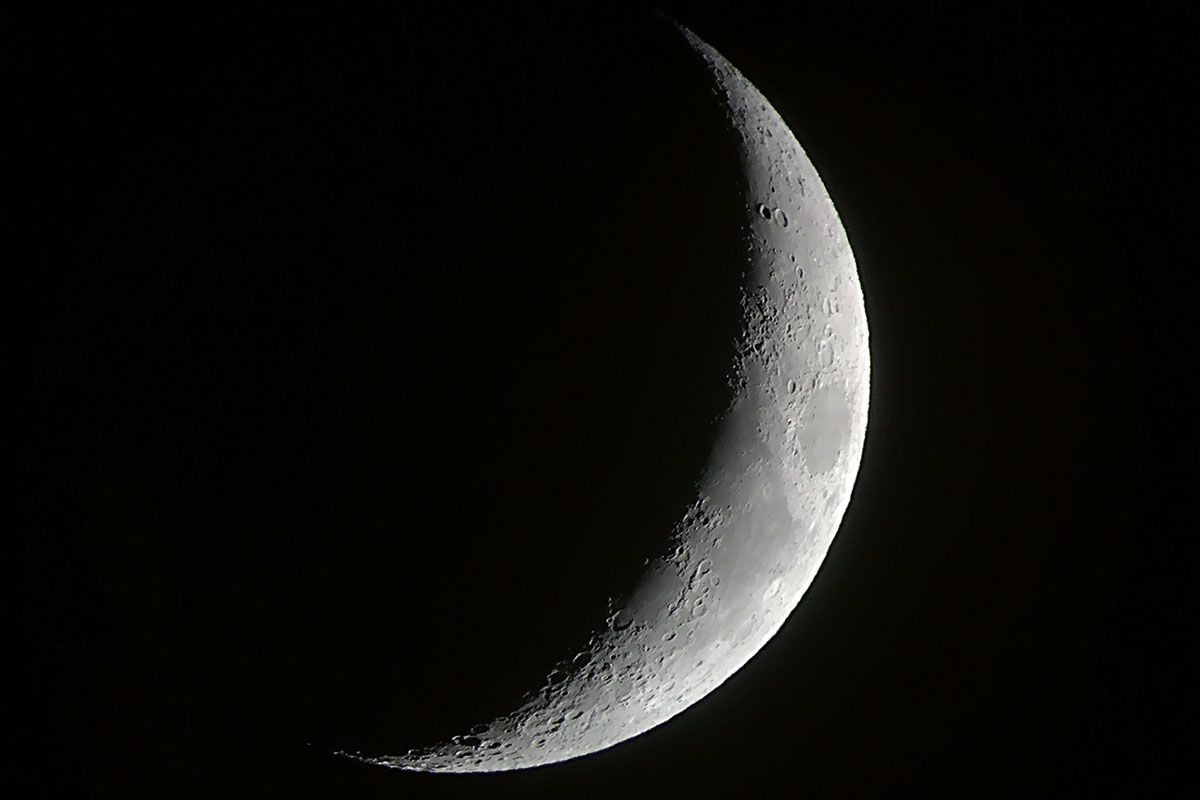 From the mountain, I can see the moon peeping out from behind a hill, magnificent, golden, with very visible dark spots, where some see the figures of two lovers. As the poet Vicent Andrés Estellés said, a mountain moon is clean and clear, inviting us to walk in the dark with the only its light as our guide, to enjoy the beauty of nocturnal nature, the rhythmic voice of owls, the laborious flight of bats and the weak glow of fireflies looking for a partner.

I am in a good mood, so I will not get too angry at the fact that, in the city, excessive lighting has made Moon cycle disappear from the night sky, which has a strong impact on communication, reproduction, breeding, and predation for many land and marine species such as insects, amphibians, and corals.

Because, second only to the Sun, the Moon is our main light in the night sky. It is not surprising, then, that both earned the status of gods in ancient times: Helios, god of day, and his sister Selene, goddess of night. But, while the Sun rises faithfully every day, the Moon is fickle. Some nights it shines high in the sky for the entire nighttime hours, while others it timidly and very dimly watches us close to the Sun, either at sunset or dawn. Some nights it even disappears from the sky.

The Moon orbits our planet from west to east every 27.3 days, so each day at the same time we will see it about 13° further east than the day before (360°/27.3 days). And that is why, as it angularly moves away more and more from the Sun, the illuminated part of our satellite, the phase, grows a little bit every day.

On the day when the separation of the Sun and the Moon is 90°, the shadows cast by lunar geographical accidents are easier to see. The Moon has travelled a quarter of the way around its orbit to show a quarter crescent, the optimum time to admire it. A small telescope or a pair of binoculars will allow us to see mountain ranges, craters, and seas clearly.

The Moon is the only celestial body in which we can discern some details at first sight, such as the dark shadows that the first Renaissance and Baroque observers called seas, because they looked similar to the earthly ones. The first person to draw them without optical aids was the brilliant Jan van Eyck in 1425, in his Crucifixion and Last Judgement diptych. Using a telescope, Galileo Galilei drew the Moon realistically 410 years ago. He depicted the surface full of craters and mountains, like Earth, and thus broke the myth of the purity of the celestial bodies, opening the doors to modern science. From that moment, objects in the sky could be studied as earthly ones were.

But, being the lunatics we are, we can use a telescope to enjoy the lunar geography better. A world full of craters, created by a veritable bombardment of asteroids and comets that some 3.8 billion years ago left our satellite looking the way it does today; and the so-called seas, dark, and flat areas as a result of extraordinary volcanic eruptions that filled in ancient craters and formed great basaltic plains, landscapes that never fail to amaze children when they approach a telescope.

Fifty years ago, two humans stepped into the Sea of Tranquility. For a while, other places were explored as well, but soon everyone left the Moon. Now, however, interest in the exploitation of our satellite resources is intensifying. Space agencies and private companies are already paving the way for the extraction of rare earth metals or the helium-3 isotope, all of which are very scarce or difficult to extract on our planet. Opencast mines can forever spoil our ancestral vision of the Moon, with our naked eyes or through a telescope. Will we protest to preserve this cultural heritage or will we look at the problem from a distance?