Reader at the University of Kent (UK) 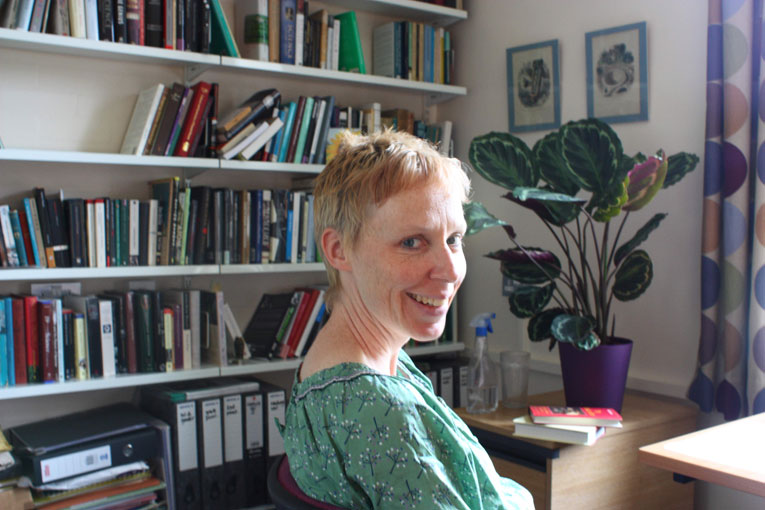 Charlotte Sleigh is a Reader at the University of Kent, where she teaches Science History and Communication. She is also co-director of the Science, Communication and Society Master Degree. She has published different books, among which we highlight Ant, Six Legs Better. A Cultural History of Myrmecology, Literature and Science and Frog. We talked to her about science and literature but also about the role of the media in science popularization of research and scientific knowledge.

In your book “Literature and Science” you show that two different forms of knowledge such as literature and science have a shared history, especially over the last three centuries. Maybe both subjects aim for explaining the world, but they have very different languages: subjectivity and objectivity. How does it work?

Subjectivity and objectivity in writing are not givens for those two fields. Modes of writing about subjectivity and objectivity have gone in and out of fashion, and in my new research project, I’m very interested in creative but documentary literature in the XX century and the notion of objectivity or witnessing within it. You still see very creative works of writing within ‘objective’ literature, something like the Ancestors’ Tale. So, yeah, they’re not set in stone, they’ve been actively developed and there’s been a lot of traffic between the two.

I guess it’s tempting to answer that question in terms of universities because universities have for hundreds of years played a very important role in defining the hierarchies of knowledge and also training people in those positions of power. In the UK, the Greats, the Classics, were the top subject right through the nineteenth century. Then the natural sciences came along, and they actually predate the start of modern literature, as a degree subject, so not the way around you may think. English literature as a subject emerged in the really early days of the twentieth century, which is surprisingly late. We say that techno-science has cultural predominance and in one sense clearly it does, but if you look at the educational background of MPs (Members of Parliament) none of them are scientists. I mean, if you go right through the cabinet and check their CVs on Wikipedia, there’s usually one or none with a science degree. But we have a subject at Oxford called PPE (Politics, Philosophy and Economics), which is what lots of politicians do. In one sense techno-science is top but in another sense it actually isn’t at all. I mean, you know, C. P. Snow’s point was that in a certain level of society it’s totally fine to say “Ha, ha, I don’t understand about physics at all” but it’s not ok to say “I’ve never been to a play by Shakespeare”. That is still true!

So in some sense, the Charles P. Snow’s idea, this separation between humanities and science, continues nowadays…

Yes, I think in many senses it does. His talks are very interesting ones. A few years ago, Melvyn Bragg [The Value of Culture] pointed out that although Snow was talking about the distinction between sciences and the humanities, the real thrust of that lecture was about the kind of responsibility incumbent on the sciences to take their force for developing progress into the developing world.

Do you think novelists and scientists are in a better understanding today?

There are some different levels on which you could take that question. So do novelists know more about science now than then? Yes, in many cases, yes. I’m thinking here about someone like Ian McEwan and certainly, on British television media BBC, there is a lot of history of science. And I look at publications like the London Review of Books. There is a lot of science. Steve Shapin is one of the editors and Donald Mackenzie writes for them a lot. 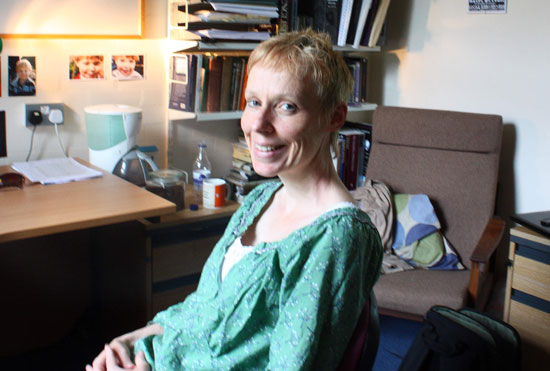 And what about between scientists and journalists? Do you think the media understands the scientific work and scientists understanding the need to popularize science?

Yes. I think by large things are improving. When scientists apply for grants, you know, often they have to demonstrate an ability to communicate what they are doing. So that’s good, although scientists could do with more understanding of the social nature of science and how knowledge is actually constructed through communication, not before it is communicated. This is what I try to tell the students on the MSc Science, Communication and Society: it’s not the scientists that make the knowledge and then the media publicizes it or misconstrues it. I think scientists know that they’re supposed to be communicating but I think they need to understand more about the whole process: that it’s not about publicizing knowledge, it’s actually about making knowledge. I think science journalists in this country, which is all I’m qualified to talk about, are doing better and better at engaging with the processes of science. So someone like Ben Goldacre is very, very insightful about the way in which scientific studies are conducted, and the way that publication of research works… The debate about open access has been very beneficial in as much as it has focused media attention on what was previously a very under-discussed subject: How does knowledge get made public? How does this publication business work? The linchpin of science is that if something’s published in a journal, it is scientific knowledge, but we never talk about that process. Or we didn’t used to, but open access has made us talk about it. So certainly in the quality media, I think we are beginning to talk about scientific process rather than just some facts from scientists. We’ve moved on a bit from that obsequious scientific journalism that wrote articles essentially like this: «Here we are, everyone, let me tell you about what these clever scientists have done».

You have mentioned Ben Goldacre. Another controversial question is who popularizes science better: journalists or scientists.

Well I don’t like the word popularize. I think: who writes about it? Who participates in dialogue? And I think both.

Aldous Huxley in his book Literature and Science affirmed that good poetry is characterized by certain verbal audacity. Could we say the same about scientific language?

Is science characterized by verbal audacity? I wouldn’t choose the word audacity but it is characterized by verbal brilliance. Let me explain. I think the temptation is to say that there’s this thing which is real science, which basically happens in labs, and the epiphenomena of science which are things like science on television, books about science… And I’m increasingly coming to think that we have to put those two things back together and we have to treat them jointly as science. Something like David Attenborough’s programs on television. They are beautiful, they are elegant, they are poetic and they are part of science. I don’t think they’re epiphenomena of science, I think they are science. There is a wonderful article by James Secord called ‘Knowledge in Transit’ and in it he basically argues that knowledge doesn’t become knowledge until it is communicated. And that insight has really sparked with me, matured with me. And I think that it pushes us to think of scientific knowledge as something much bigger, something much more public.

Yes, scientists are worried. Everyone is worried because in social media, anything you say can be quoted against you, you know… Historically scientists have been more protective and more cautious, and they have had more control over what they said than people in other fields. So they are right to be frightened. And it is something for them to get to grips with. But something is very interesting, I think something that we haven’t talked very much about within science communication is how big labs, universities and so on have very active public relations departments. So it’s not the ‘media’ saying what lab scientists are doing. There is an intermediary within research institutions that pushes these stories out there and scientists are necessarily complicit in the publication of the stories…. And something I sometimes get my students to do is to find the press release that relates the story that’s been told in the newspaper and nine times out of ten it is lifted directly, so this stuff about the ‘media’ dumbing down or hyping up or whatever is untrue – it’s actually the research institution’s version of that story, almost word for word, that you can see in the media.

Books to Bridge the Gap

The science book I would recommend is Delusions of Gender by Cordelia Fine, which is a very entertaining critique of the science behind supposed gender differences. As a close runner up I would recommend Greg Milner, Perfecting Sound Forever. This has a really interesting case to make: sound technology has not, as one might suppose, sought to reproduce real sound ever more faithfully, but has in fact shaped what we expect music to sound like.

The literature book is Will Self, Umbrella, which revisits his Oliver Sacks-type character Zack Busner (he has also appeared in other of Self’s writings). It covers an incredible sweep of history, mind and science.