The death of the universe 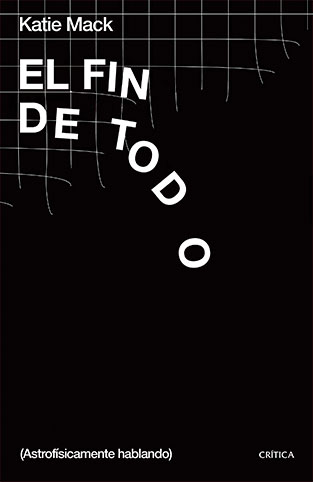 We can read one of the most beautiful literary descriptions of the universe in the final pages of Cicero’s The Republic. Publius Cornelius Scipio Scipio Africanus takes his grandson to contemplate the stars from a kind of celestial viewpoint in the Milky Way, in a dream. There, he describes the firmament and tells him: “Above the moon, all is eternal”. Now, as much as this image of infinite immensity is very suggestive and fits in with popular thinking, today we know it is not true. We can say quite accurately that the universe is 13.8 billion years old and that, yes, it did begin with the big bang, and we can also be quite sure that one day it will die.

Katie Mack, a young astrophysicist who is very committed to spreading knowledge of the cosmos, has published a beautiful essay that reviews the history of the universe and explores five of its possible endings. It is a journey based on hypotheses and questions, but also on the important discoveries that have been made in recent decades: in 1998, for example, we learned that the universe is expanding at an accelerated rate; we also now know that in 4 billion years’ time the Andromeda galaxy will collide with the Milky Way, creating a single galaxy out of the two; and, in large part, astrophysicists can better pinpoint a possible end to the cosmos because, thanks to microwave frequency maps of the firmament, they have more and more information about how the big bang occurred and how the universe evolved thereafter.

If the expansion of the universe were reversed, the cosmos would undergo a big crunch, the first death Mack explores in the book. This was perhaps the most popular idea of the end among scientists a few years ago, but Mack warns that the universe is likely to elude it. The second possible end is the thermal death, which will occur if the expansion does not stop: galaxies will be cut off from each other, stars will plunge into blackness and black holes will evaporate. For Mack, the most likely scenario is the third and most drastic one, called the big rip: stars at the edges of galaxies will deviate from their regular orbits and planets will explode. The penultimate possible death will occur if a vacuum bubble caused by a high-energy event begins to expand. And finally, the great rebound hypothesis, the last one described, puts us before a cyclic universe that closes with a great cataclysm, but then restarts again.

The essay is admirably conceived. The professor at the North Carolina State University does not miss any opportunity to explain in detail all the complex concepts that come her way: Poincaré’s recurrence, Einstein’s general theory of relativity, particle physics…. Everything is explained thoroughly, with touches of humour, comprehensible metaphors, and diagrams that provide plenty of visual clarification. Fascinated by the deep structure of reality, Katie Mack has written a great history of everything, and with it she has disproved Scipio: what exists beyond the Moon is by no means eternal.