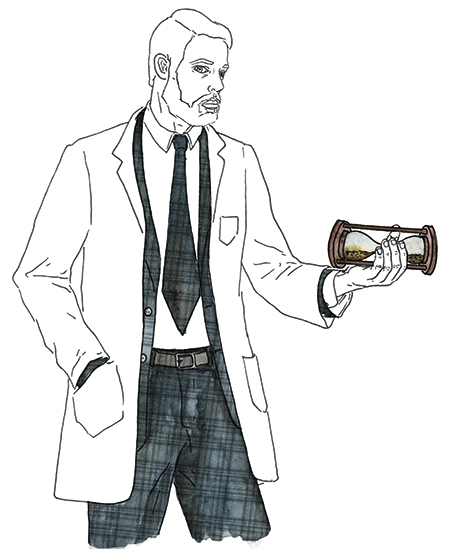 A few Sundays ago, in the radio programme A Vivir, we dedicated the science section to transhumanism, explaining that, as a philosophical current, it is interesting, but that the most devout techno-optimists tend to exaggerate a lot, stating nonsense such as «the first person to live to 1,000 years of age has already been born». This is verbatim what the British gerontologist Aubrey de Grey says, but we quoted it emphasising that it is an unfounded, sensationalist statement aimed at selling more books. Well, a few days later, a colleague from El cazador de cerebros told me: «My mother was listening to you on Sunday, and she was freaking out because you said that there are people who will live a thousand years!»

What emotion does this anecdote evoke in you? It might make you smile, get you angry, reflect, or leave you indifferent. Surely, someone with no interest in science will simply forget about it, while enthusiasts will generate some kind of emotional response, be it frustration, surprise, fun… And we already know that the more emotion, the greater the attention and retention. That is why we remember some things and forget others.

I admit that in this specific case it was simply funny, because it is not such a transcendent subject, but it made me reflect. Specifically, it reminded me of a study analysing the impact of information on vaccines. It made me very uneasy: the researchers passed a leaflet with myths and realities about vaccines to volunteers, and found that after a few hours most of them misrepresented their memories and mixed up some myths with realities, and actually increased their reluctance to be vaccinated. This booklet was counterproductive. It was prepared with the best of intentions, and its content was rigorous, but the effect was the opposite of the researchers’ intention. A similar thing happened with extending life by a thousand years, and surely with many texts against pseudoscience.

The fact is that I remember it because it generated an emotion in me, just as I remember a gene therapy clinical trial because it awakened hope in me, a conversation with astrologers that outraged me, a cosmological discovery that fascinated me, or an article on artificial intelligence that worried me. This is why, for some time now, I have been arguing that stimulating emotions (whichever they might be) is a key to any popular science product and that if what we do is interesting and enjoyable, but generates indifference, it will have no impact. And, for this reason, the contents of my latest book A vivir la ciencia (Debate, 2020) are organised according to emotions. Hope encompasses the stories in a chapter, as curiosity, anger, or fun do in others, and so on with up to ten emotions that I realise predominate in my particular scientific interests.

«For some time now, I think that stimulating emotions (whichever they might be) is key to any popular science product»

And now the time comes when I ask you: What do you feel when you thnk about science? There are people who feel nothing at all and so they prefer other readings. But I imagine that you, readers of Mètode, will have many different ones. Which is the most prevalent, the one that weighs most heavily? I think that is actually what makes us choose some science books over others, and even modulates each science populariser’s style. I myself had never considered what my most intense emotion was in relation to science, and when writing this book forced me to meditate on it, I realised that the main ones are surprise and curiosity. I am obviously angry with pseudotherapists, I am concerned about climate change, and I feel hopeful that science will lead us to a better world. But what I am really crazy about is discovering things that I do not expect. In the book I describe the shocking moment when a palaeontologist asked me to squat down on the edge of a lake to show me the remains of dinosaur eggs, right there on the surface, and for a few seconds I was not sure if he was pulling my leg. Or the curiosity sparked in a wonderful conversation with a mussel expert. An then I realise that I have been at this for a long time, and yet I continue to be enthusiastic and promiscuous in writing books, bringing together many subjects that excite me instead of focusing on just one.

And talking about surprises, I was recently shocked when I was in a Dutch agricultural research centre recording for El cazador de cerebros and I was told that despite the fact that the Netherlands has twelve times less arable land than Spain, thanks to its agricultural innovation, it exports almost twice as many vegetables as our country. We are the ninth largest vegetable producer in the world, but the Netherlands (the Netherlands!) is the fourth largest. What? It was such a surprise that I could not get it out of my head until I looked up data and understood the history of agricultural development there. Clearly, emotion is driving our attention. We have to take it much more into account in our outreach work.