Scientist, I don’t want to hear about your life (or maybe I do) 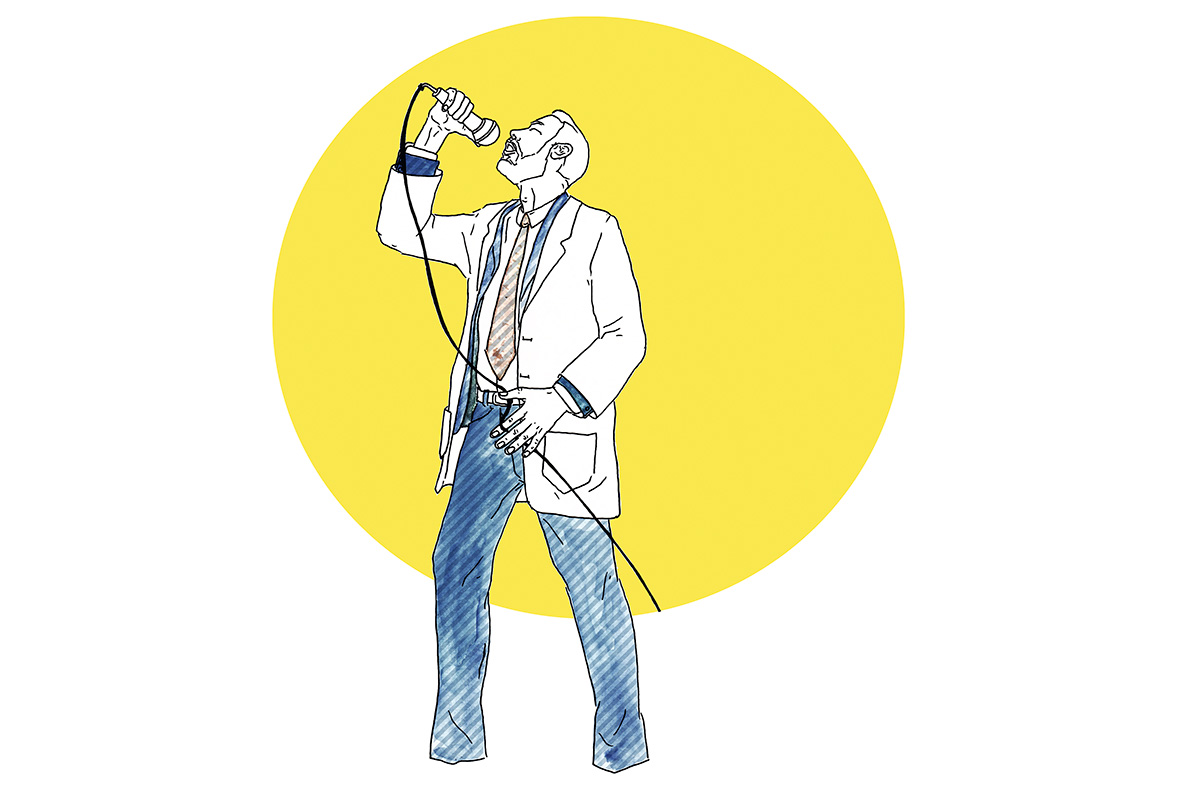 I confess I have a small problem, which I suspect I share with many fellow scientific disseminators: more and more every day, my interests do not coincide with the interests of my readers.

The big exception is current affairs: if I read in Wired magazine that there is a website in the USA where users share their genetic data to find distant relatives, and that the police secretly introduced DNA samples from a serial killer who killed twelve people and raped 45 in the San Francisco area in the 1970s and 1980s, and that a cousin of this man was found thanks to the genetic analysis company, which allowed the police to narrow down the area and arrest him three decades later, when Joseph DeAngelo was 72 years old, I consider it a fantastic story, and I begin to take enthusiastic notes, waiting for Sunday to arrive so I can share it live in the radio programme A vivir.

But when I read biotechnology, neuroscience, or even history of science for pleasure, eager to learn a little more about each of these fields, it happens to me that the same old curiosities no longer ignite the flame of astonishment, and what is new and interesting to me is usually too sophisticated or too far from the interest of the reader whose attention I want to capture.

I first experienced it fifteen years ago, when I was starting in the field of dissemination, working in the emblematic Redes: a young researcher by the name of Manel Esteller sent us the manuscript of a book he was writing about something called «epigenetics». A complex issue involving methyl groups that regulated the expression of genes according to lifestyle. No one on the team paid any attention to it except for me, who, as a recently-licensed biochemist, immediately saw that this was immensely groundbreaking. I convinced the editor to let me do a report on the subject, where we explained the implications of this epigenetic regulation and used a 3D visualisation in a very didactic way to show the mechanism through which methyl and histone mediated this process. But while I was very satisfied, I imagine viewers looking at it and thinking: «I do not understand anything… What are you guys talking about? Why? I don’t care about this.»

Various similar experiences confirmed that my texts on disciplines in which I am not so experienced, such as cosmology or neuroscience, were more successful among my readers than others that I had a greater command over, such as genetics. I believe this was due to the unconscious fact that I was more in sync with what astonished a neophyte audience. When I later became an editor at Redes, I would mix topics a bit between writers’ profiles, sometimes preventing them from writing about what they knew best. In the end you learn, and you become perfectly capable of adapting your content and tone to the audience each time.

But if I write about all this it is not because it is cathartic, but because of the frustration I felt at the scientific lecturers’ actions a few days prior to writing these lines. It was a meeting where, in addition to researchers, there were experts in education, motivation, sportspersons, writers… I sincerely believe that the ones with the best content, the most novel and potentially impacting ones, were the scientists. But they were also the ones who connected the least with the audience.

I confess I share in their sin: they were tempted to try to convince the public of how exciting their field of interest is, instead of asking themselves what the audience is interested in and telling them.

Much of scientific dissemination is based on this approach: explaining what researchers discover in their laboratories in a simple and enjoyable way. But this strategy only reaches a wide audience when what you discover is truly spectacular, or has a very clear and direct connection with people’s lives. On most other occasions, it will fizzle out.

As a specific example, one of the lecturers at the congress was a microbiologist who had travelled several times to the Arctic and Antarctica to analyse life in extreme environments, the flow of microorganisms through the oceans… He was a passionate guy but he put all his enthusiasm into data that only confused the public. There was a feeling of «Why should I care about this?» Phew! It was painful, and I was frustrated to see that he did not explain anything that could touch the lives of the attendees closely and he was wasting the adventure of being in Antarctica, with the stories, experiences, and images that he surely lived there, which would earn him the empathy of the public. Seriously, we may be amazed by the diversity of microorganisms in a drop of water, but many people are absolutely indifferent to it. And we need to face it. Do not just tell me what is interesting to you, tell me also what is interesting to me.

We appeal too much to curiosity. We abuse asking people to be more curious, to «scratch where there is no itch», and to take an interest in what we want to tell them. People do have curiosity, but also little time and a wide variety of science topics to pay attention to. The first thing we must do is to connect with people’s interests and emotions. And many science disseminators agree, yet they ultimately do not do it, even though it is not so complicated.

I am not interested in fencing. Not at all. But a few lectures after the microbiologist, Pirri, a fencer who won the bronze medal at the 2008 Olympic Games, came on stage. Fine, fencing is not exactly a popular sport, but he gave such a thorough lecture, explaining his first years, introducing jokes and funny anecdotes, moments of tension, creating a connecting thread with the Italian who had always beaten him until they competed for the fourth and third place, giving a message of effort and success to the audience, creating moments of intrigue and emotion, and subtly explaining how a fencing competition works, which astonished all the attendees. At the end of the day, during the cocktail, I congratulated him and asked him about his speech. «I have been training for it», he said, a coach had structured his speech for him. Of course, that is what distinguishes a professional from an amateur. Pirri’s sympathy was innate, but on a second thought, I am convinced that the microbiologist also had a day in Antarctica when the ship ran aground, he was on the verge of abandoning, or came up with that wonderful idea, and he has enough elements to weave a great speech. But he missed the opportunity and contributed to reinforce the audience’s idea that science is distant, difficult, and rocky.

Therefore: scientist, I don’t want to hear about your life in terms of your academic motivations; I want to hear about an interesting adventure. Then I will listen to you willingly and effortlessly. Oh, and don’t blame the media and people’s disinterest so much. Be a little self-critical.

Note: I am sharing this reflection with you here because I assume that Mètode‘s reader is interested in science and in a critical view of its dissemination. I will not be sharing this text much when it is online, nor will I try to trick my followers to convince them to read it. Because then, the next time I tell them that a certain article is really good, they will not believe me.