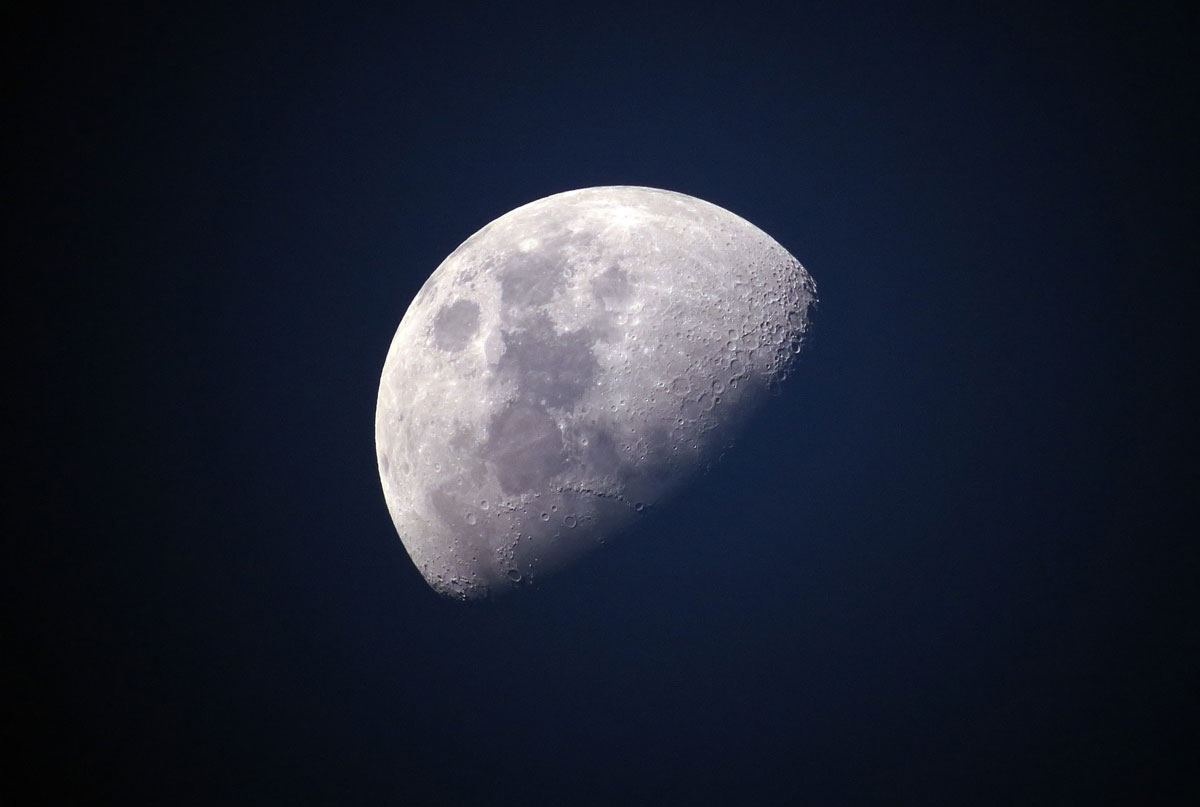 The Moon is in orbit around the Earth and at the same time rotates on its own axis. The reason why the Moon always shows the same side to us is that the time taken to complete a rotation around its axis is the same as the time needed to complete an orbit around the Earth. If the Moon did not rotate on itself or did so at a different rate, it would gradually show its entire surface: the visible side and the hidden side. The coincidence between both periods (the rotation and orbital periods) is known as synchronous rotation and is not a coincidence: it is due to the action of gravity.

We all know that the Moon’s gravitational pull on Earth is the main cause of the tides we observe in our oceans. When the Moon was formed, it rotated around its axis faster than it does now (it was also much closer). The Earth came out and set on the lunar horizon and the Moon experienced the tidal forces induced by Earth’s gravity. The lunar cortex rose and fell as the tide was high or low, generating a friction that gradually slowed the speed of rotation of the Moon until its period of rotation coincided with its orbital period. This process is known as tidal coupling. Today, our planet’s position is fixed from the closest side of the Moon.

Vicent J. Martínez is the Full Professor of Astronomy and Astrophysics of the University of Valencia