Why do auroras occur? 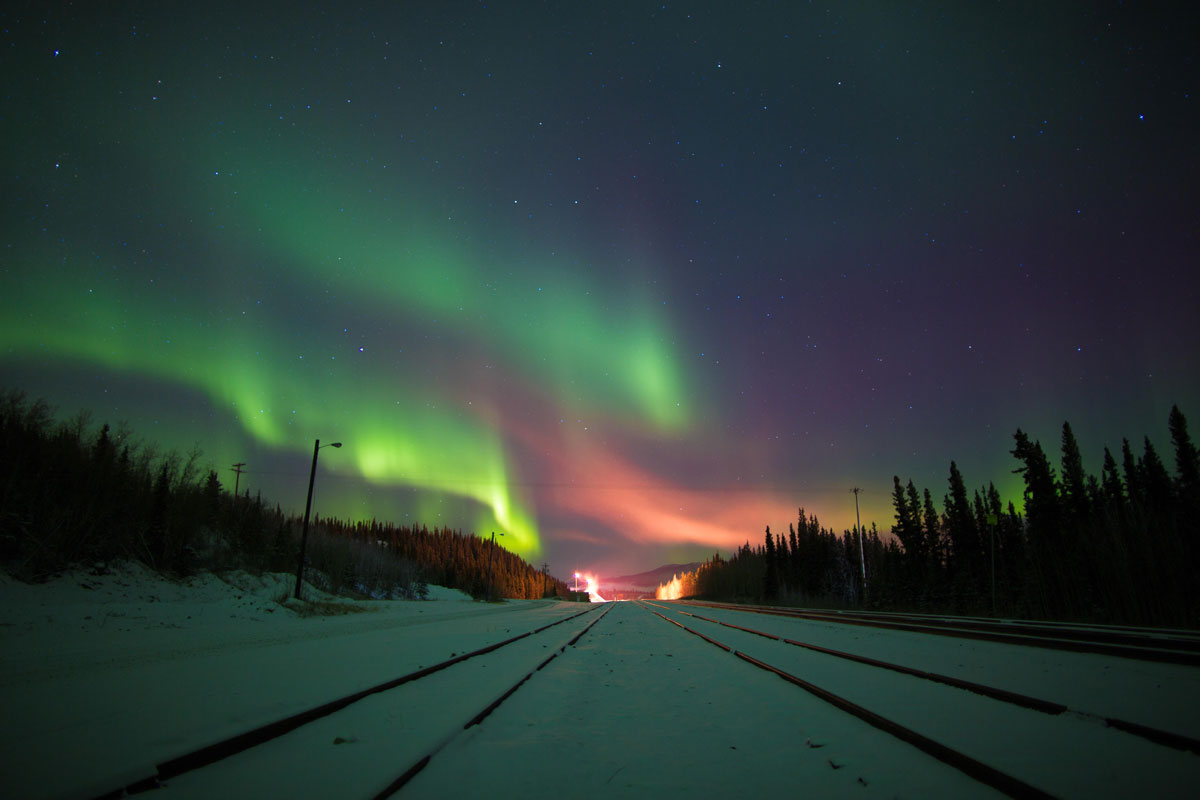 Auroras originate in the Sun. The star continuously emits particles which, when solar activity is high, reach the Earth’s atmosphere in the form of large bursts of solar wind. These waves include protons, electrons, helium, and different types of electrically charged particles. These molecules interact with the Earth’s magnetic field and, depending on their positive or negative charge, they are pulled towards one of the poles following the lines of the magnetic field. These high speed particles collide with other particles in the atmosphere: nitrogen molecules, carbon dioxide or oxygen among others.

The collision with atmospheric particles causes molecules to lose an electron or two, i.e., they ionise. They remain ionised for a short time and soon recover the lost electron and return to a neutral state. In this process of electron recovery, the particles emit light which, depending on the type of molecule (nitrogen, argon, oxygen, or others), will emit a specific wavelength that will determine the colour of the aurora.

Auroras can be boreal – in the north – or austral – in the southern hemisphere. It was recently discovered that the northern and southern auroras occur at the same time because particles pulled one way and the other end up reaching both poles. They are normally observed in polar areas, but if solar activity is very intense, they can be seen in lower areas such as England, France or even Spain, as was reported in Catalonia during the Civil War, in 1938.

Answered by FERNANDO BALLESTEROS, researcher at the Astronomical Observatory of the University of Valencia.

«Mètode’s whys and wherefores» is a science consultory where the readers send their scientific questions and an expert answers them. You can send your question using this form. Among all those we receive until 10 December 2019 will participate in a draw to win a selection of Mètode publications.