Is the Universe Old or Young? 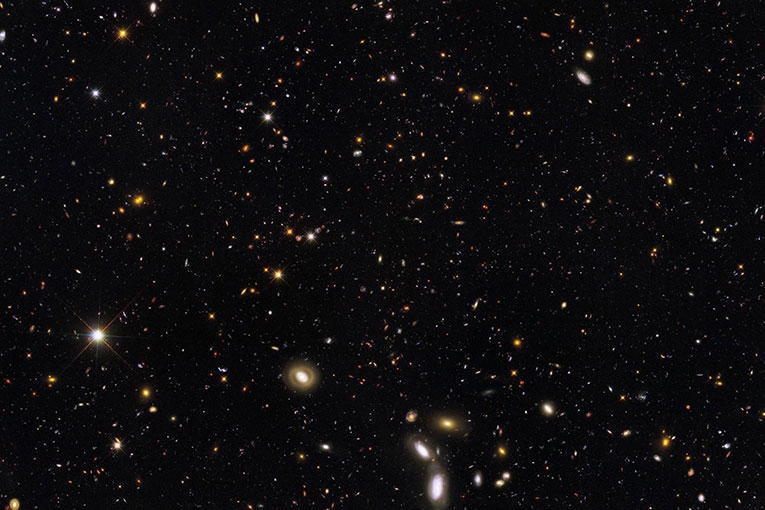 The latest Background Microwave Radiation observations and type Ia cosmological supernovae indicate that the Universe has a flat geometry and its expansion is accelerating. This fact, which seems unrelated to the question, is actually very important to answer it, becauseit implies that the Universe will expand indefinitely, as these observations indicate.

In this case, what kind of death awaits the Universe? The so-called Big Freeze is a good candidate. When the stars are done fusing nuclei in their core and no more are created and when the matter of the galaxies has fallen into the supermassive black holes at the centre of each galaxy, then the only possibility of energy exchange will be the emission of Hawking radiation by the black holes. If a black hole with the mass of the galaxy it assimilated evaporated, it would need an estimated time of 10 raised to the power of 100, 10^(100), years. Right now, the universe has an estimated age of 13,800 million years, i.e., about 10 to the power of 10, 10^(10), years. In these terms, the Universe is very young. In the Universe we can still expect interactions between galaxies (as is the case between ours and Andromeda, for instance), collisions, explosions, star formation… which change the landscape small and large scale, albeit always within clusters, which are structures with a scale in which things can happen in relatively short periods of time compared to the current age of the Universe. Yes, the Universe is expanding, but gravity still has a lot to say in certain areas, and it does.