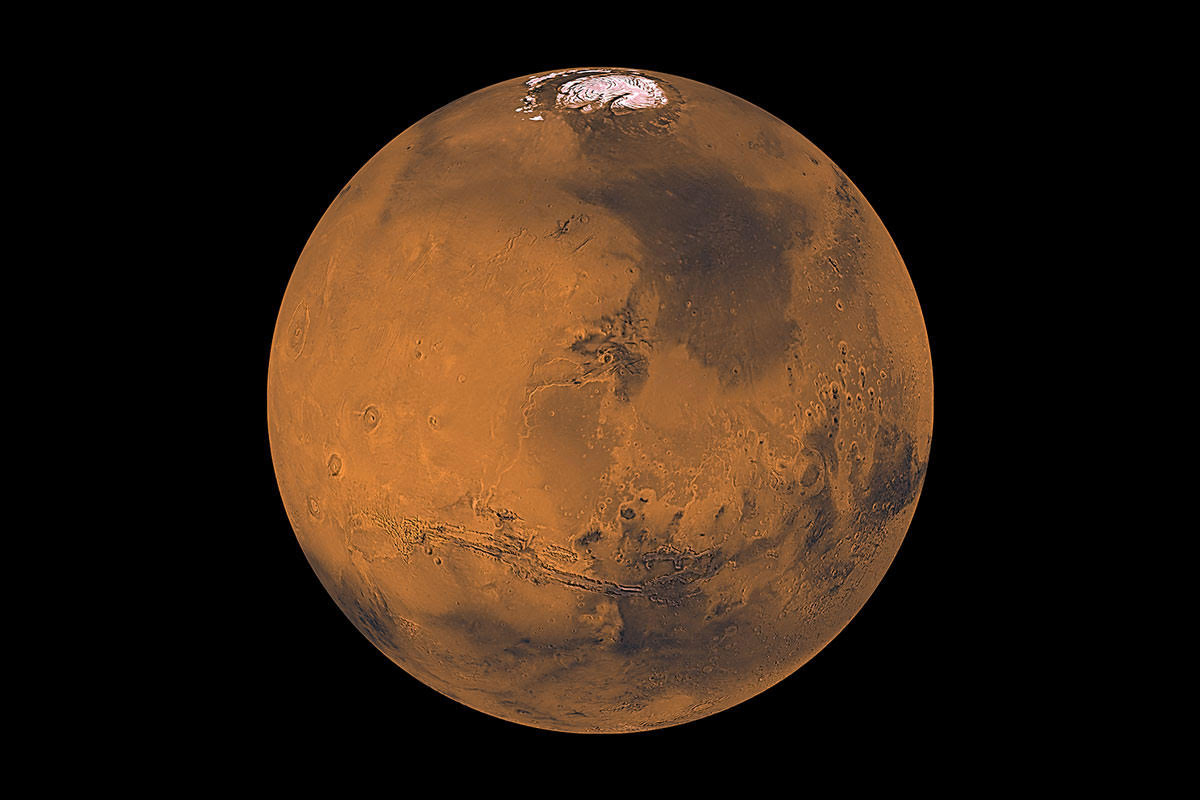 Mars shining brightly in the eastern sky shortly after sunset. This coppery dot is a world of mountains, ravines, and frozen poles that millennia ago was home to seas and rushing rivers. Today, however, it is a cold desert, with its geological history exposed to the view of our robots, which tread it and examine it in detail. 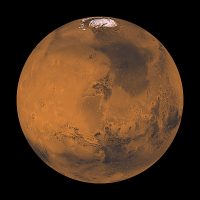 Perhaps that early, humid time on the planet was long enough for a Martian biosphere to develop. Finding out whether there was life (and whether there still is) is one of the most exciting tasks of NASA’s new Perseverance robot, now on its way to Mars. It will collect rock and dust samples to send them back to Earth on the future Mars Sample Return mission, an assignment not without risk, as Fernando Ballesteros explained for a previous «Mètode Spaceship» section.

A rocky planet with an atmosphere, so apparently similar to Earth, should have life. And probably intelligent life, as suggested since the 19th century by the discovery of what Giovanni Schiaparelli (Italy) and Percival Lowell (USA) obsessively believed to be artificial canals, infrastructures that would bring water from the humid polar zones to the desert equatorial regions. Martian fever has been raging ever since. The British writer and anti-colonialist H.G. Wells wrote, sarcastically, in The war of the worlds: «At most terrestrial men fancied there might be other men upon Mars, perhaps inferior to themselves and ready to welcome a missionary enterprise».

Yet there is no life of any kind on Mars, at least not in any obvious way, as our robotic rovers show. It is a desert, inhospitable world, with traces of ancient rivers flowing in grandiose deltas into a boreal – now dry – ocean. But what if life remains hidden in deep cavities or deep underground, far from the sun’s dangerous radiation? The mysterious sporadic methane emissions, 90 % of which are of biological origin on Earth, allow us to speculate further.

Later than 2030, humans will set foot on the planet and begin to explore it. Andy Weir’s The Martian, the story on which Ridley Scott based his film, shows us the enormous difficulties of this undertaking. But eventually, with considerable resources and time, mankind will terraform Mars and, over the years, the descendants of those inhabitants will consider themselves Martians, as self-described Americans in the United States do, renouncing their European origins. The magnificent series The Expanse, based on the novels by the authors who sign as James S. A. Corey, has already explored this possibility by presenting us with a Martian Republic at odds with the Earth.

«What if life remains hidden in deep cavities or deep underground, far from the sun’s dangerous radiation?»

Wells’ work critiqued the complacent British bourgeois society, incapable of coping with an external attack. The author, pacifist as he was, gives us a message of hope, strength, and brotherhood for all humanity in the face of global threats, applicable to the current times of pandemic, climate change, and potential asteroid strikes. All these threats have been systematically ignored by world leaders.

We have learned that we cannot think of our planet as a closed and protected place for humankind; we can never anticipate invisible good or harm that may befall us from space. In the larger designs of the universe, this Martian invasion may ultimate benefit humans; it has robbed us of that serene confidence in the future which is the most fruitful source of decline; the gifts to human science it has brought are enormous, and it has done much to promote the close union of all humankind.

Meanwhile, up there, Mars shines down upon us in these autumn days, unmoved by human musings.