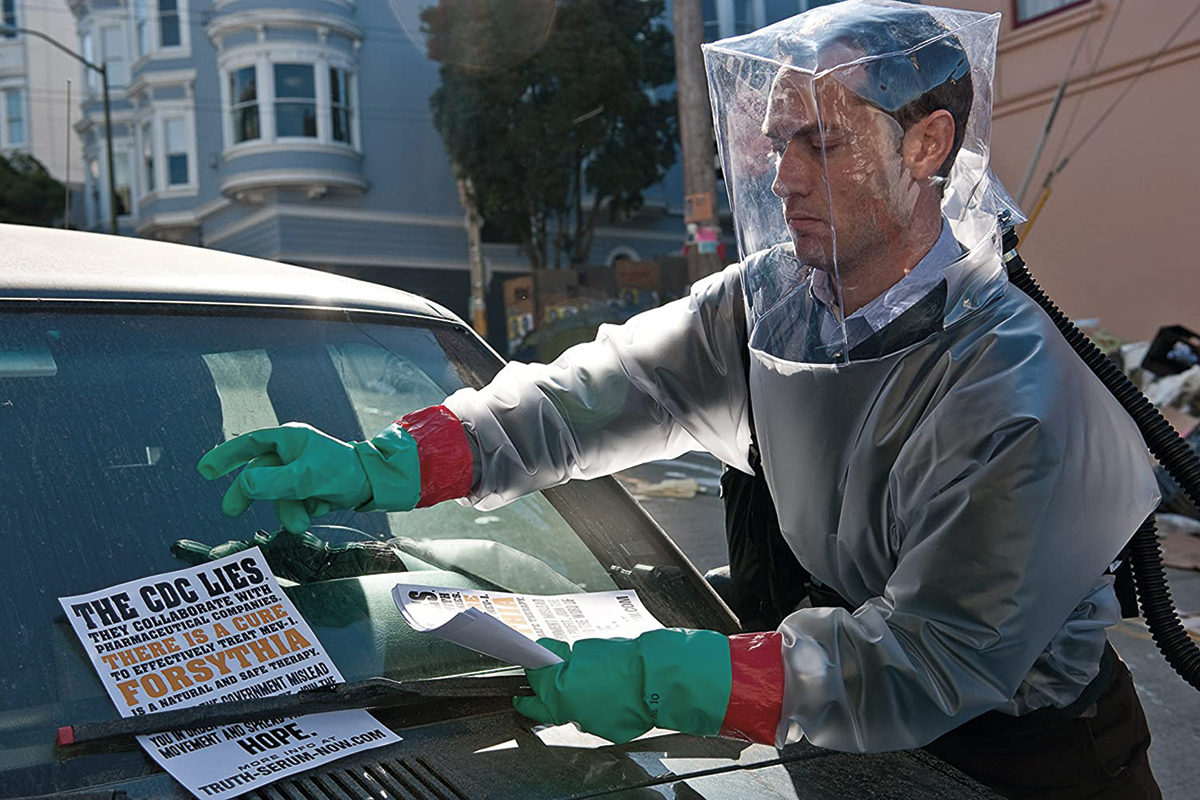 Panic is often worse than danger itself. It makes us irrational, impulsive, and the consequences can be catastrophic. For example, one basic piece of advice if you are in a crowded movie theatre and there is a fire, shouting “fire!” may not be the best idea: it is better to turn on the lights and ask people to leave the room before the fire spreads. There are many examples where false alarms have ended up creating real tragedies. An epidemic like the one we have unfortunately experienced can bring out people’s worst fears. Fear is an invisible enemy, which spreads rapidly, and nobody is protected against it; anyone can be a carrier and infect the rest. Everyone is suspect and a fear outbreak can have devastating consequences. It has all the ingredients for panic.

«Fear is an invisible enemy, which spreads rapidly, and nobody is protected against it; anyone can be a carrier and infect the rest»

Cinema and literature have successfully used fear to write scripts in which an epidemic is the heart of the story or the underlying excuse. One that best represents the panic and fear of the population and how our most primal instincts are released is The horseman on the roof (1995), where we see that being an outsider could be reason enough to be lynched during a cholera epidemic in nineteenth-century France. Another film that captures not so much the concern of the population, but of scientists trying to prevent the spread of a disease, is Panic in the streets (1950). Here, Richard Widmark plays an expert in infectious diseases from the US army who has to chase a shameless Jack Palance, not because he is a gangster, but because he is infected with a dangerous disease. Another memorable film that took advantage of an epidemic as an excuse to build a classic disaster story with people trapped in a means of transport – such a popular genre in the 1970s – was The Cassandra crossing (1976), in which train passengers are infected by a dangerous virus used in biological warfare.

In recent times films like Outbreak (1995) or Contagion (2011) have also dealt with the subject. Regarding Contagion, we can find some similarities with the SARS-CoV-2 epidemic, such as the bat-related origin, or the fact that, when panic begins to spread, vendors of miracle remedies and the spread of misinformation immediately surface.

If I have to choose a film that managed to tell a story based on an epidemic and the main fears of its time, it is the Japanese film Fukkatsu no hi (Day of resurrection, 1980), also known as Virus. A virus manipulated in a laboratory to be used as a biological weapon escapes and causes a pandemic known as the «Italian flu». The virus dies at temperatures below -10 °C, so the last stronghold of the human species is contained in the Antarctic bases, where a new civilisation begins, but they are in danger because an earthquake can cause nuclear missiles to be fired (two of which are aimed there). Epidemics and nuclear war in the same story; the plot has everything.

By the way: could an epidemic end mankind? It is complicated. It could create what in genetics is known as a «bottleneck» and exterminate a large part of the population, but such a strong natural selection would mean that should a population resistant to the virus appear and reproduce, within a few generations there would be general resistance. And we are just considering natural mechanisms, to which we have to add the artificial effect of vaccines, medicines, and hygiene, which make it more difficult for an epidemic to cause the end of our species. In fact, if we look at history, epidemics (or droughts) that have affected an agricultural species have had more catastrophic consequences for humanity than an epidemic that affected us directly. Therefore, the end of the world caused by a virus looks good in the cinema, but that is all it is: fiction.