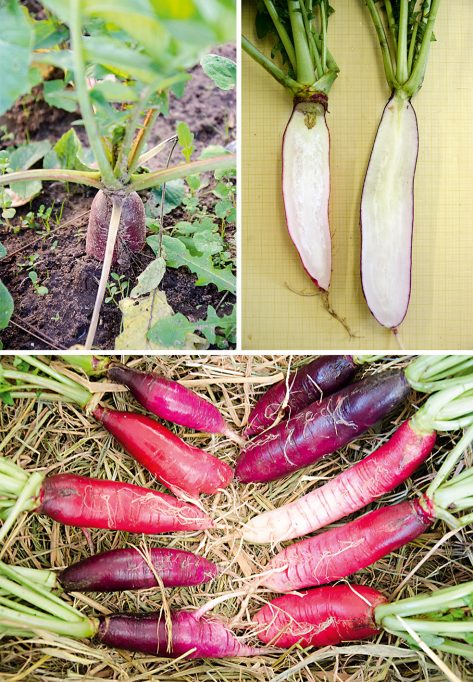 We have sometimes said that radishes are a fast-growing and easy-to-grow vegetable, very suitable for inexperienced farmers. This time, we will look deeper into their cultivation, as they are an appropriate complement to the crops of our vegetable garden.

Our reference radish is the Majorcan radish, also called red radish, father of the local types that can be found in the coastal regions of Alacant, such as the red radish from Novelda and the date radish from Elx. It is a large root, rather long and irregularly shaped with white flesh and red/pink skin that fades to white towards the tip. Its flesh is tender and crisp, fine and exquisitely flavoured. The size of the radish is a relative issue: red radishes are large compared, for example, to ball radishes, which are smaller and have a shorter cycle; but smaller than black radishes, which have black skin, white flesh and are much larger; or white radishes, also called daikon, which have very soft taste and are very thick. They can easily reach 35 to 40 centimetres in length and 7 to 10 centimetres in diameter.

In the Mediterranean climate, radishes can be sown almost all year, except in the coldest places. If sown towards the summer, we must take into account that too much heat makes the radish fibrous and spicy, and can even favour the flower’s bloom, which makes it lose its qualities for cooking. The secret is to keep the soil fresh, if possible, throughout the cultivation process. In warmer seasons it is also advisable to sow them in the shade of other horticultural products: eggplants, carrots, courgettes, beans, lettuces, pepper plants, or tomatoes are good companions. On the contrary, cabbages and potatoes are not good companions. In order to sow radishes, separate lines are prepared in the soil (15 to 25 centimetres), and the seeds are deposited every 2 or 3 centimetres and a couple of centimetres deep. It will take three to five days for the plant to grow. When the real leaves appear, plants will be separated so that they can grow in diameter without touching each other. Radishes prefer loose and rather unfertilised soil, with continuous irrigation so that the growing does not stop.

The radishes can be harvested six or seven weeks later; counting in the time of sprouting, that gives us a total of two months, depending on the time of the year (a little longer in winter). If harvested too late, the root will be fibrous, emptier, and with a spicier taste. Since the radish we eat is a bulky young root harvested at the point when it is crunchy and tasty, if it is allowed to continue its life cycle, it becomes large and loses its culinary qualities. In order not to run out of radishes on the house table, they must be sown staggered every fortnight.

«Let us enjoy the red radish: let us look for a handful of seeds among our horticultural friends, let us find a place for it in the vegetable garden and we can have it almost all year on the table»

If we want to save the seed, it is better to sow the radishes at the end of summer: this way, the flower will not bloom with the first warm days, it will spend the winter in the soil and in spring of the following year it will flower and give quality seeds. In colder corners and regions, the roots are taken out of the soil in November or December, then the best ones are chosen, most of the leaves are cut, and they are transplanted to a place protected from the north winds. In spring, it will bloom and give pods and seeds like the others. Remember that it is an allogamous plant and it can be crossed with other varieties of radish.

In the kitchen, it is a refreshing food that is served raw, directly in the salad, with a flavour that goes from sweet to spicy, and reminds of the soil. It is rich in minerals, such as calcium, phosphorus and potassium, and in vitamins B and C. So, let us enjoy the red radish: let us look for a handful of seeds among our horticultural friends, let us find a place for it in the vegetable garden and we can have it almost all year on the table. 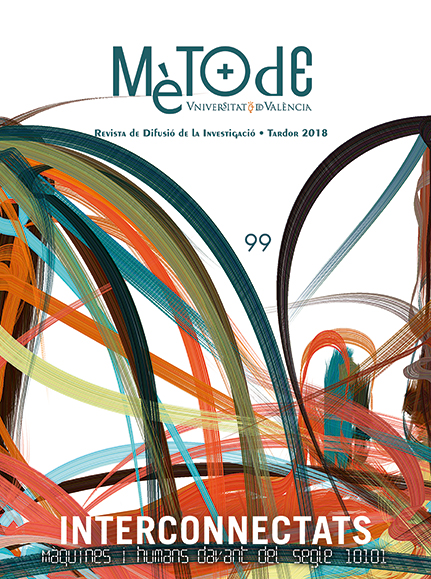 Machines and humans facing the 10101 century