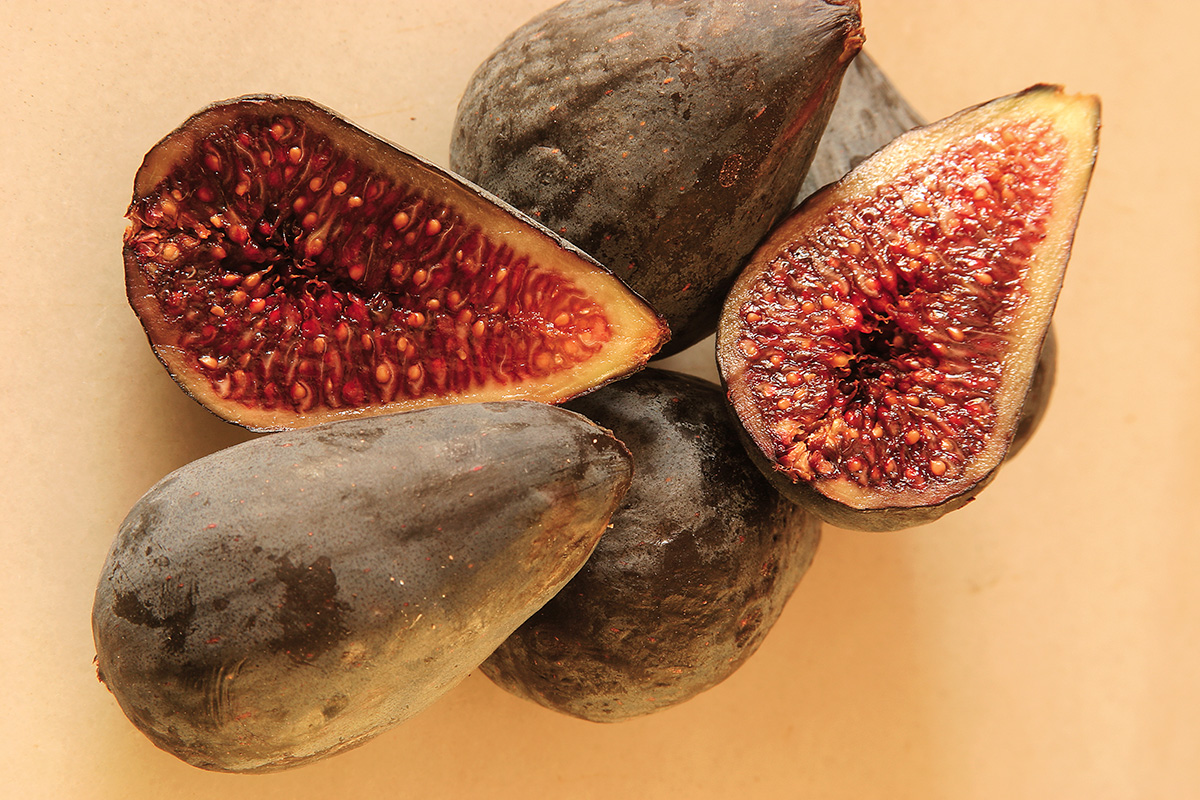 The fig tree (Ficus carica L.) —figuera in Catalan, higuera in Spanish, figuier in French and fico in Italian—, is a tortuous branch tree with profitable fruits. It is odorous and generally small, although some specimens can reach up to five metres of height and of crown width. Its leaves, palmately shaped, deciduous and lobulated, are rough to the touch. Its flowers and fruits, inside a receptacle, become fleshy and sweet when they ripen, they are pear shaped and are called figs. These fruits remain visible at the top of the tree without falling easily from it. Birds swallow the fig’s flesh together with its seeds, and then scatters them with their excrements. This is how they get to walls and cliffs where we can usually find wild fig trees. We find them growing in bell towers between stone blocks from where it is difficult to remove the roots. These fig trees rarely produce edible figs. 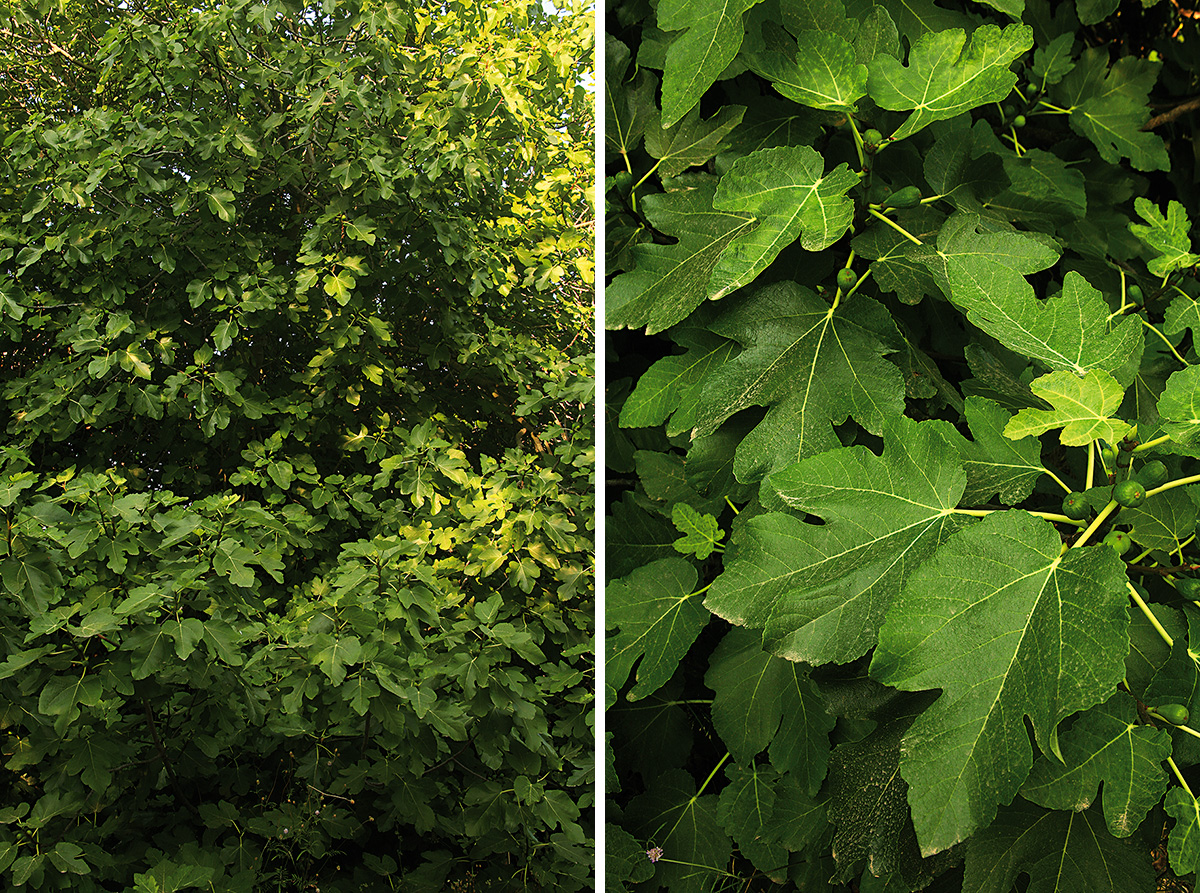 Its leaves, palmately shaped, deciduous and lobulated, are rough to the touch. / © V. Rodríguez 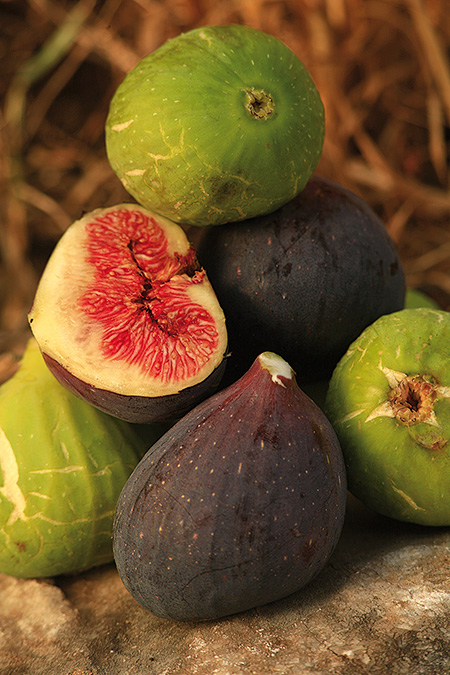 Its flowers and fruits, inside a receptacle, become fleshy and sweet when they ripen. / © V. Rodríguez

Some Valencian regions, following Moorish tradition, kept growing fig trees, particularly in unirrigated lands in inland territories, like Camp del Túria, where cultivation in mountains and plains lasted until the first half of the 20th century. White figs were the most coveted kind of fig, which were grown in the mountains of Portaceli on siliceous areas. White figs, the best kind to let dry, were kept in baskets made of chamaerops (Chamaerops humilis). But the most important figs were green figs, mostly used for trade.

Another region that traded with figs was La Marina Alta: in 1800, 18,000 quintals (1,800,000 kg aproximately) of dried figs were exported to France and Catalonia. The area with more fig trees was Xàbia, which produced 18,000 arrobas (215,000 kg aproximately). In 1881, still 475 quintals of dry figs were exported abroad from Xàbia. Nowadays, in 2009, it is all history and you can only find some surviving fig trees near small rural houses.

There really are many kinds of fig trees, but unfortunately they are very hard to find nowadays. The last places where they still grow them for trade, with magnificent farmlands, can be found in the areas of Baix Vinalopó and Baix Segura. The first fruits to bloom are bacores (a kind of early figs), in late June.

In Camp de Túria many fig trees were planted during the 19th century, precisely in dry plains in Llíria, as well as in the area of Casinos, Olocau and Villar. The surface of this field was more than 30 fanecades (25,000 m2 aproximately), where trees were grown in rows like carob trees and olive trees. Most fig trees were verdaletes (green fig trees), that were dried for exportation. In the late 19th century and early 20th century, Llíria became an important fig trader, a fruit that filled the fields of big country houses in this area as well as some neighbouring regions. 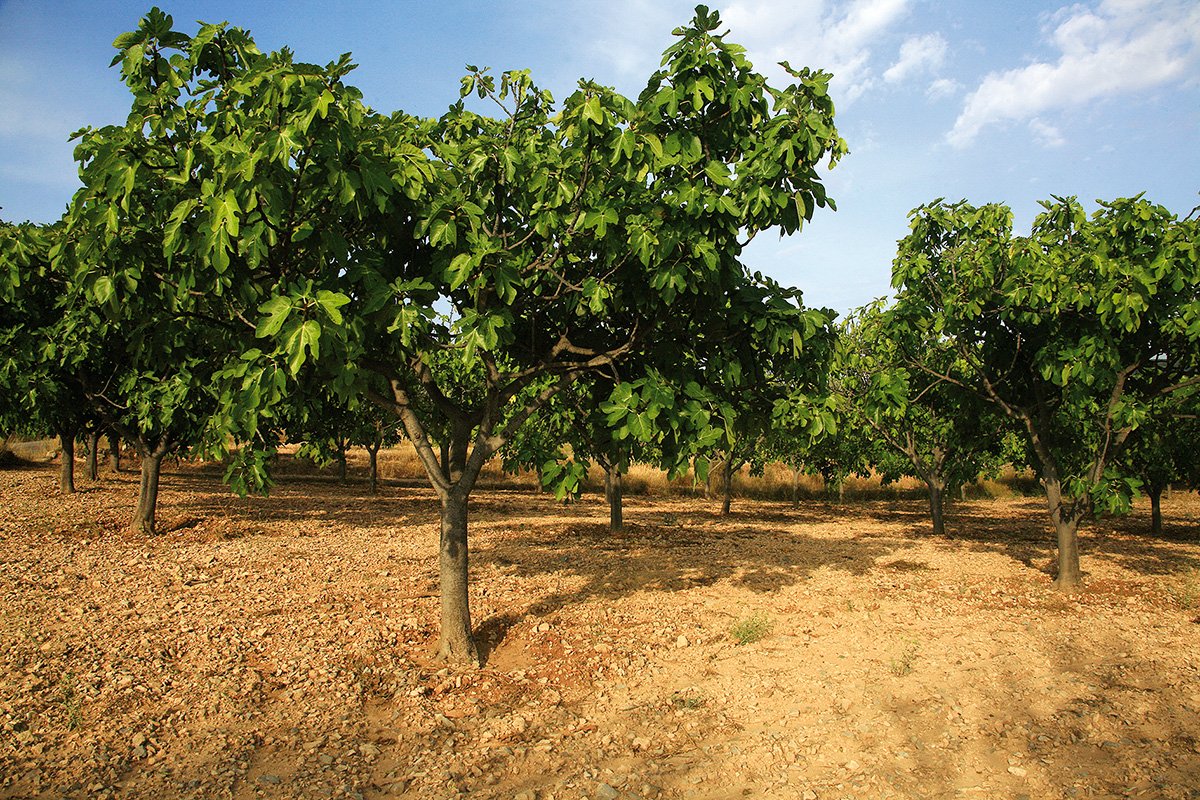 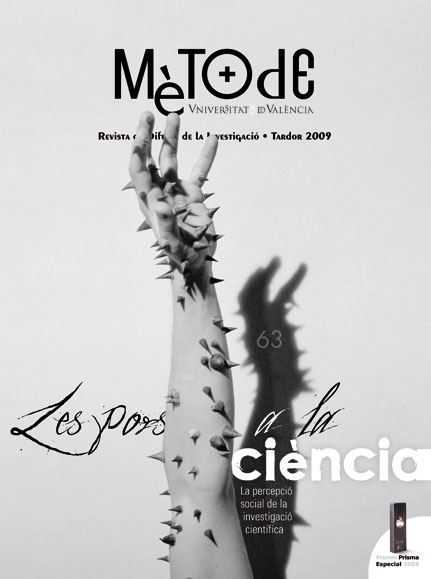