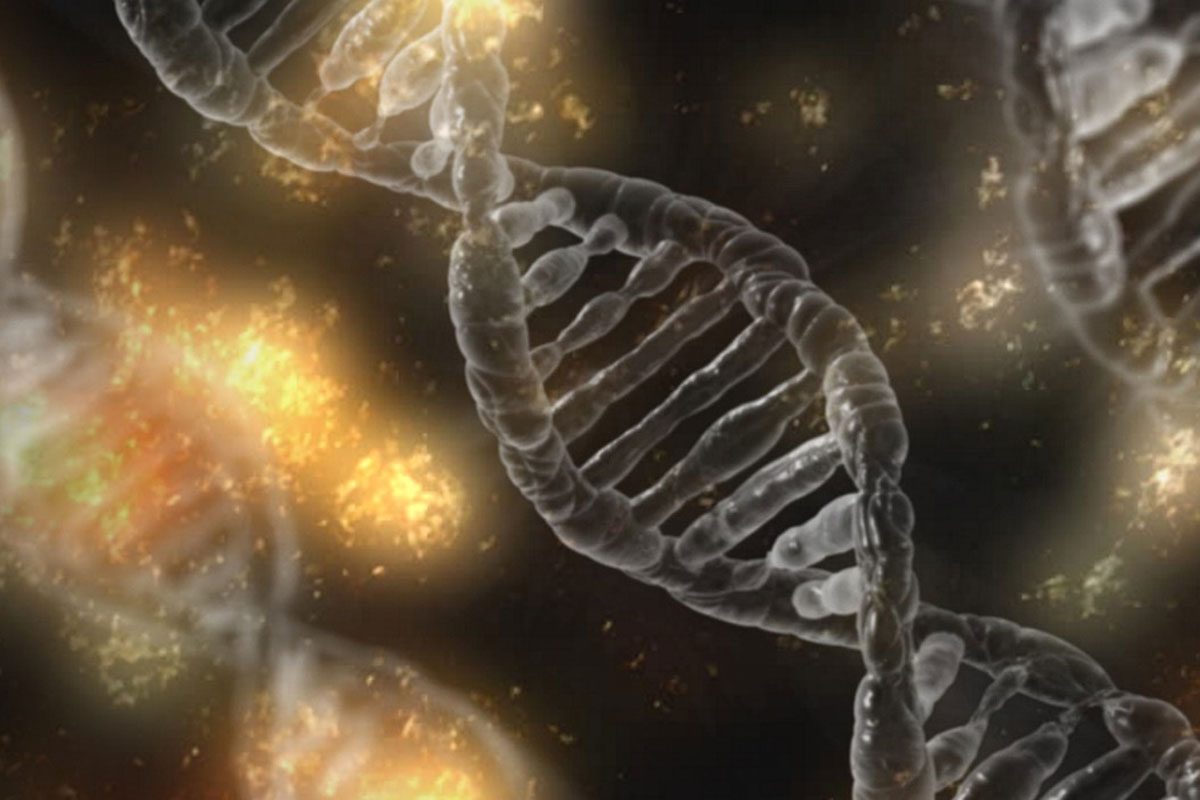 In December 2015, Science decided to highlight significance of CRISPR genetic editing tools as the most important discovery of the year. Almost five years later (or only five years later, depending on how you look at it) the Swedish Academy of Sciences awarded the Nobel Prize in Chemistry to two researchers, the French Emmanuelle Charpentier and the American Jennifer Doudna, for «for the development of a method for genome editing». Without mentioning CRISPR, everyone understood that the award was to these genetic editing tools, whose satisfying acronym was invented in… Alicante, Spain.

CRISPR (Clustered Regularly Interspaced Short Palindromic Repeats) emerged from the imagination, curiosity, and perseverance of a microbiologist from the University of Alicante: Francisco Juan Martínez Mojica. Francis Mojica came across them while investigating the genome of the archaea living in the salt ponds of Santa Pola (Alicante). He described them for the first time in 1993, named them in 2001 and deduced their function in 2003, probably one of the last successful (and least recognized) eureka moments in Spanish science. The name CRISPR appeared for the first time in the bibliographic record in 2002 and the explanation of its function could not be published by Mojica until 2005, after overcoming several rejections from journals that were not willing to accept that a researcher from such an unknown place was explaining that bacteria had an adaptive and genetically based immune system, which they used to get rid of the bacteriophages (viruses) that attacked them.

«To paraphrase a classical geneticist, nothing that Charpentier and Doudna discovered can be understood except in the light of Mojica’s findings ten years earlier»

Francis came into my life at the end of 2014, when we naively believed ourselves to be experts in the use of these tools, and I discovered, with his help, that we ignored almost everything from his previous twenty years of basic research on CRISPR, quiet and away from the spotlight. At the beginning of 2015 I started to talk about Mojica’s role in the origins of the CRISPR in every forum and I remember many faces of astonishment and perplexity, and even suspicion, from colleagues who either did not know Francis or refused to accept that he might have had something to do with the brilliant CRISPR tools that, already at that time, had provided Charpentier and Doudna with international awards and recognition. It should not surprise us that the Prince of Asturias Award in 2015 also chose this couple of brilliant researchers to celebrate their pioneering proposal to convert that defense system into a sophisticated and effective tool to edit any gene in any organism.

Francis Mojica was left out of the award in 2015. The BBVA Foundation partly made up for this by awarding the following year the three researchers, Charpentier, Doudna, and Mojica with the Frontiers of Knowledge Award in Biology and Biomedicine. The year 2016 had begun with an unexpected defence of the Spanish origin of the CRISPR systems that came from the other side of the Atlantic Ocean. In January 2016, the director of the BROAD Institute in Boston, Eric Lander, had published an article in Cell that established Francis Mojica and Alicante as the origin of CRISPR. 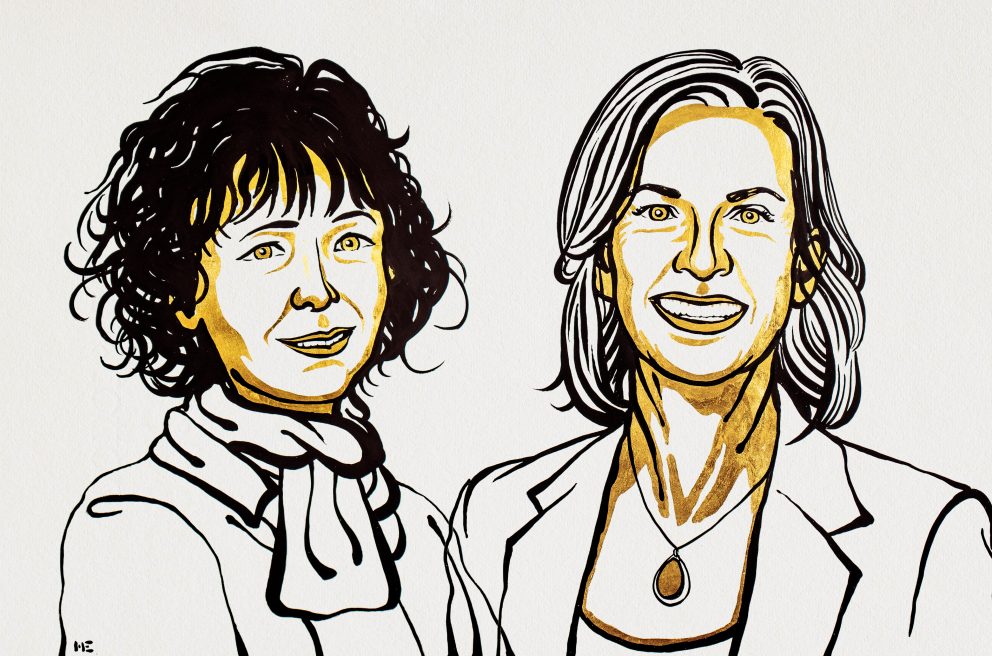 The pioneering role of Charpentier and Doudna in proposing to turn a bacterial defence system into a genome editing tool is indisputable. This bold idea changed biology and our experimental interaction with the genomes of animals, plants, and microorganisms forever. After coinciding in March 2011 in a congress in Puerto Rico, these two biologists decided to collaborate to better understand the mechanism underlying these CRISPR systems. The result was a seminal Science paper, published in June 2012, which was disruptive and transformative for the entire field of biology. By simplifying the components of the CRISPR system to a nuclease and a synthetic RNA guide that directed the protein to cut a precise location in the genome, they discovered the cornerstone of genetic editing. A simple, versatile, and powerful tool that enabled the alteration of any gene at will. These programmable scissors carried them all the way to Stockholm.

However, every journey begins with a first step, and then a second step, until a path is formed. Once walked, it is easy to contemplate just by turning around. But the route, clearly defined by previous walkers, was not always there. There were those who had to clear the undergrowth and locate a potential pathway, decide whether it was appropriate to go in that direction or in a different one, and remain firm in their purpose.

To paraphrase a classical geneticist, nothing that Charpentier and Doudna discovered can be understood except in the light of Mojica’s findings ten years earlier. Francis put a large group of microbiologists on the right track with their basic science observations, discovering that CRISPR systems had evolved over billions of years into prokaryotes to specialise in a very efficient defence system against invading viruses. The surprising paradox is that Francis never imagined that his proposal of a bacterial immune system would have applications outside bacteria themselves, let alone that it could become a genetic editing tool. But that is the beauty of non-finalist research, which only aims to satisfy the curiosity of the experimenter and to understand the world around us a little better. It illuminates the minds of other researchers who, years later, interpret the same observations from a novel angle and generate new knowledge.

Many researchers like Mojica preceded Charpentier and Doudna, and many more followed, in a creative explosion that has accumulated thousands of publications in just eight years. In Stockholm they could well have echoed the BBVA Foundation and rewarded Francis Mojica for showing Charpentier and Doudna the way. But that was not the case. The Nobel Prize went by, and the rest is history.

CSIC scientific researcher at the Department of Molecular and Cellular Biology of the Spanish National Centre for Biotechnology (CNB-CSIC) and the Centre for Biomedical Network Research on Rare Diseases (CIBERER-ISCIII) in Madrid (Spain). His team is pioneering the use of CRISPR in Spain to investigate rare human diseases such as albinism using animal models. In 2006, he founded the International Society for Transgenic Technologies (ISTT), which he chaired until 2014. He currently directs the European Society for Pigment Cell Research (ESPCR) and is a member of the CSIC ethics committee and the European Research Council (ERC) ethics panel. 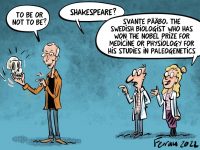