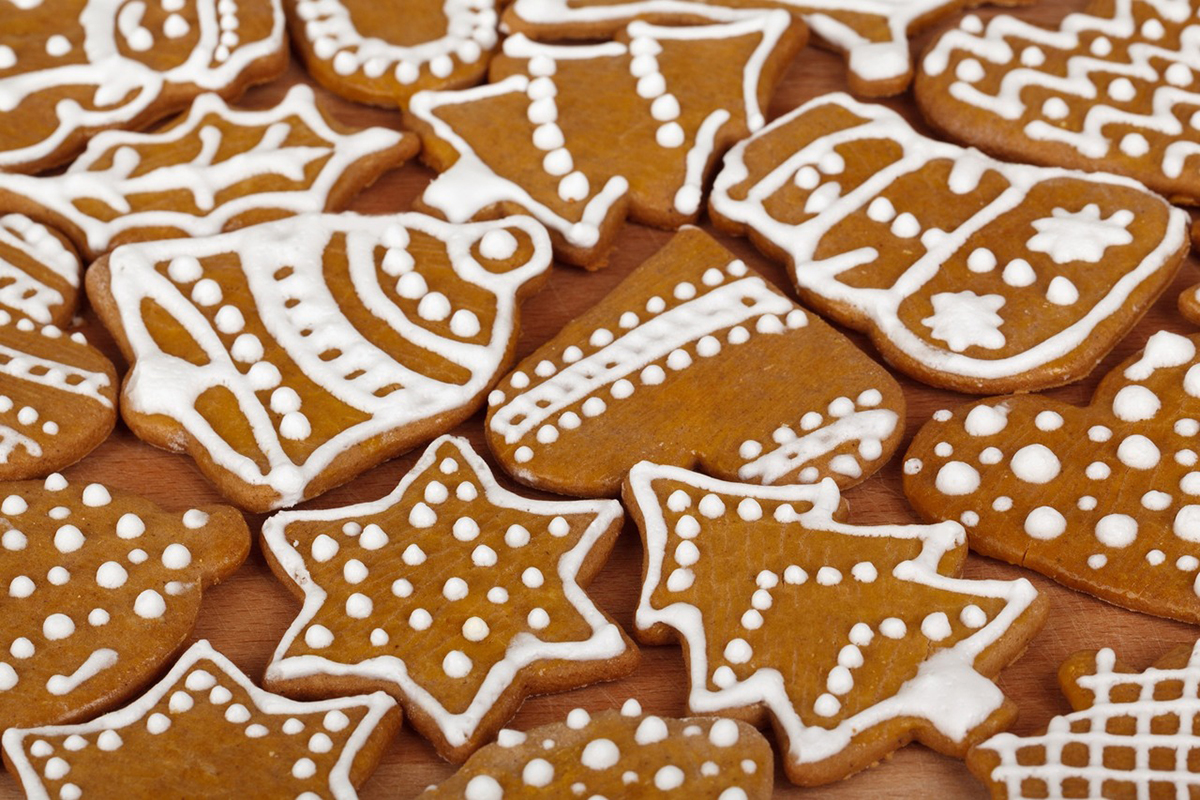 In order to answer this question, it is necessary to consider the components of these foods. In the case of bread, basically flour, water, yeast, and a pinch of salt. The major component of flour is carbohydrates, among them starch. Starch granules contain two types of glucose polymers: amylose (made up of linear glucose chains) and amylopectin (made up of branched glucose chains). The proportion of these molecules in the starch granule varies according to cereal variety and type, but amylopectin molecules tend to predominate over amylose molecules. 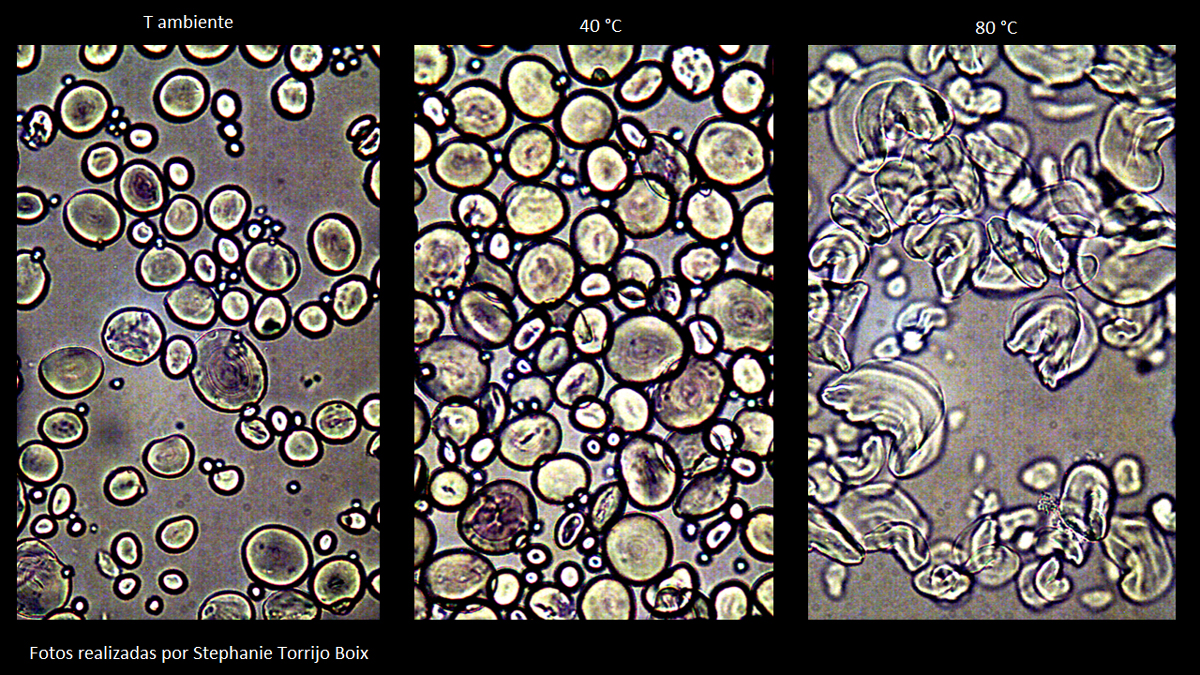 The granule continues to gain weight until cracks begin to form on the surface where the amylose molecules, which are linear chains, begin to emerge, and later on even amylopectin molecules. In the photograph it can be seen that at 80 °C most of the starch granules have been broken somewhere. This process occurs during the baking of bread and is known as gelatinisation. It is very important for the texture of fresh bread.

Once the bread is removed from the oven and allowed to cool, the maturation process begins in which the bread finally hardens. This process is known as retrogradation: after leaving the amylose and amylopectin molecules that had become disordered during cooking to rest, they now reorganise and bind together forming an orderly structure. Crystallisation results in hardening the bread crumbs. This process also leads to loss of water from the dough crumbs, which migrates to the outside of the bread and causes the crust of the bread to soften and the inside to harden.

Finally, biscuits also undergo the retrogradation process, but in this case there is one more variation in their composition: a significant amount of sucrose. Sucrose, like other sugars, is hygroscopic, i.e., it tends to absorb water, so if we leave biscuits in contact with air humidity, they become moist and soft.