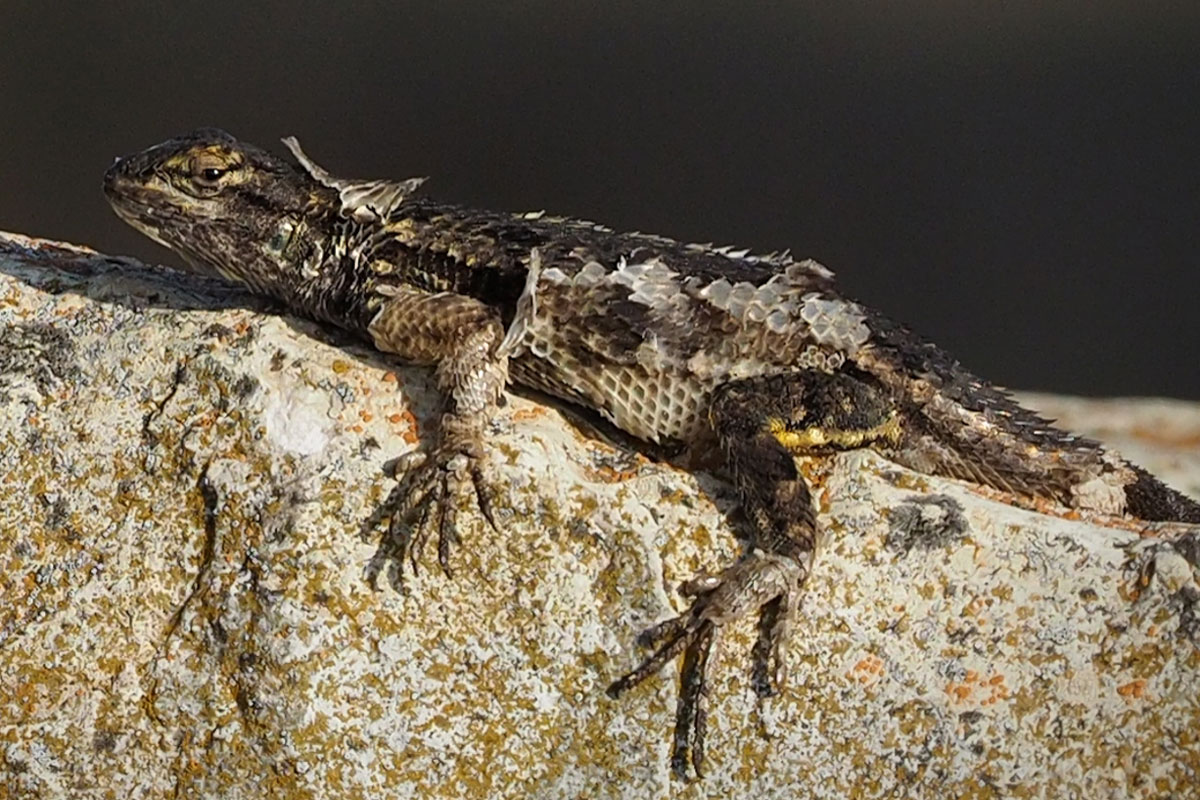 The moulting process of an insect is similar to that of reptiles in that it involves changing, periodically and with hormonal regulation, the most external dead part of the tegument (in the case of insects) or the skin (in the case of reptiles), which is weathered, and replace it with another dead, but younger, tissue. In both groups, the old layer that is replaced is called exuviae, and the moment of its release is called ecdysis. It must be clarified that the term moulting corresponds to all the stages of the process as a whole: precdysis, ecdysis, and postecdysis.

Evidently, the chemical composition of the tegument or skin and the hormones involved in the regulation of the process are different in each group, but the process of formation of the new layer is identical: it is formed under the old layer, with the latter being released when the new one is already fully formed. Animals have this adaptation as a protection mechanism against the environment, in the sense that the old layer serves as a protective cover while the new layer acquires thickness and consistency. Nevertheless, there is a difference between both groups: in reptiles, a secretion is formed between the layer in formation and the old layer to lubricate the space between them. This secretion will facilitate the detachment of the old layer when the new one is fully formed. In the case of insects, no such substance is secreted.

Also, in both groups moulting always involves the growth of the animal, which does not feed during the process. Insects and snakes shed the old layer completely, while the rest of reptiles (turtles, lizards, and crocodiles) do it in parts. Even so, a second important difference is that all reptiles, without any exception, can moult throughout their lives and, therefore, can grow until they die, while practically all insects (99% of species) only moult when they are young and, therefore, cannot grow anymore. Another difference is that many insects eat the exuviae, while reptiles always abandon it.

Finally, one last difference lies in the liberation of the exuviae. Insects increase in body volume (aquatic ones drink water and terrestrial ones take air), but this intake will afterwards return to the environment. In the case of reptiles, they use both the friction of their body on some surface and corporal contractions which, aided by the interlayer lubricating secretion mentioned above, facilitate the release of the old layer.

Jesús Selfa Arlandis is an expert in Insect Entomology and Full Professor of the Department of Zoology of the University of Valencia.