Oases are a sham. Oases are a sham. Four rickety palms shading half a pumpkin patch watered by a thin trickle of water… Scheherazade had not seen much of the world, that is the reason behind it all. In the fourth century, Abu-Abd-Al·lah Muhàmmad ibn Abdús al-Jahxiyarí compiled in writing the fantasy stories of the sultan’s creative lover, until then transmitted orally, and One thousand and one nights was published (الف ليلة وليلة, Alf layla wa-layla, in Arabic, or هزار و یک شب, Hazār-o yak xab, in Persian). The myth of the oases was surely born then. Accustomed to mineral deserts, those modest manifestations of fertility seemed exceptional to Muslim readers. They were exceptional in their context, but seen from a universal point of view, they are not too remarkable. Any central European orchard looks fantastic in comparison. 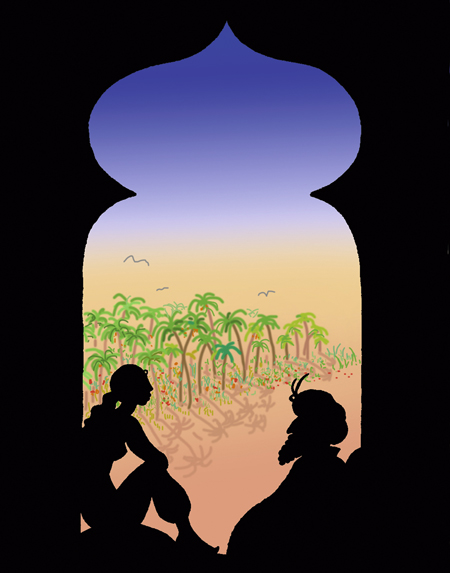 «Facts are facts, but our perception is reality», said Albert Einstein. Oases are what they are, but the desert around them makes us perceive them as lavish. We live in a universe of mental oases and we do not give things the value they have, but the value we would like them to have. Otherwise, what value does anything actually have? All collective imaginaries are somewhat mythical, but that does not mean that they are not real (even if they are not always factual).

In any case, there are some quite remarkable oases. Very impressive, to say the least. Not only in the Sahara or in the Arabian desert, which would be the oases par excellence. I mean San Pedro de Atacama or Turfán, for example. The one in Atacama, in northern Chile, is a total desert, an enormous absolute desert of more than 100,000 km2 that receives a single light rain once every ten or fifteen years. It is the most deserted desert of all the deserts that exist and existed. But it is crossed by river water coming from the mountains. And so oases arise, like the fertile plain of San Pedro, a dozen square kilometres of greenery, fragmented into several nuclei. A dozen out of a hundred thousand: not much… but that is why it is so exceptional.

Turfan’s case is different. It is an artificial oasis, irrigated with water transported with qanats, formidable underground galleries that carry water from the depths of the peripheral mountains. The Turfan oasis is a narrow string of orchards and vineyards spread over a hundred kilometres on the edges of the Taklamakan desert in the Uyghur region of Sinkiang. In fact, there are other similar oases in the area, all of them the result of the courageous efforts of the multiple centuries of effort of qanat-diggers. Some of the Scheherazadian oases must have been similar irrigation works.

Humans have used spontaneous oases or generated artificial ones since time immemorial. The Likanantai people populated the current San Pedro de Atacama around the fifth century BCE and they survived in spite of the Incas and the Spanish conquerors; they are the ancestors of the current Atacama culture. The Uyghurs have inhabited the oasis of Sinkiang for a thousand years, but the Chinese and other populations, such as the Kyrgyz, fought over the area many centuries before. Oases are full of life, and therefore there are humans who covet them. It is possible to live in geographical areas that are more welcoming than deserts, of course, but the human species leaves nothing behind if it is green (no matter how little green it is…).

«All collective imaginaries are somewhat mythical, but that does not mean that they are not real»

There are also ephemeral oases, those prodigies resulting from the conjunction of occasional rains and resistant seed banks accumulated in desert soils. These are the so-called «desert blooms». This is the case of the Atacama or, in a way, of Namaqualand, in Namibia. The extremely unusual rains fall and a surprising carpet of flowers lights up the desert in a matter of days. Just enough to produce seeds for the next bloom. I find it fascinating, typical of a tale from One thousand and one nights, indeed. But Scheherazade, by the way, said nothing about it. She could not have known, of course. A pity.

A good deal for agrarian diversity 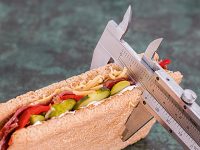