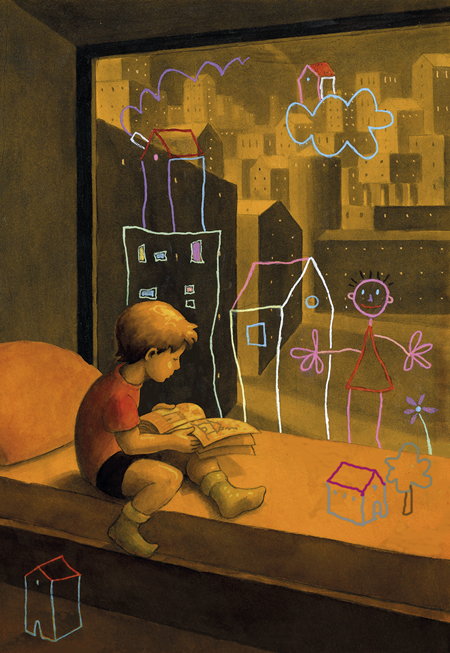 Many animals learn. Most mammals do. Genetically, they receive many instinctive behavioural patterns, but a decisive number of necessary survival skills come from learning. Humans are no exception. On the contrary, we come into the world knowing how to do a tiny part of what we need to do and that is why we spend all of our childhood learning. Our entire lives, in fact.

For some time now, we have been standardising the transmission of skills and knowledge in formal studies, to the extent that many have come to believe that everything can be learned in school and university, and that those are the only suitable places to do so. The generalisation of formal studies is actually a recent practice, only a few centuries old. And not even that, because until very recently only a few privileged people went to school until adolescence. Remember, for example, the figure of the apprentice, the boy (women stayed at home…) who began by sweeping the workshop and eventually acquired the skills of the trade. «One learns by doing and undoing», folk knowledge says. There were no vocational schools. And outside trades, all was academic speculation, trivia and quadrivia for the rich or for churchmen.

The knowledge to live and survive was acquired just by breathing. What I mean is that they came from the environment and were absorbed by osmosis. Looking at it, it has always been like that. For example, we do not learn to speak at school. From the moment they open their eyes and begin to listen, children constantly scan the environment, incorporate information and construct imagery. In other words, they learn. The environment is the main provider of educational elements, both in and out of school. In fact, the school itself is a component of the environment, because it responds to the social conditions and practices that led to its creation. In this sense, one could say that education is an ecological metaphenomenon, an environmental derivative.

Active formal education, whether theoretical or practical, coexists with passive education, transmitted by observation or through empiricism. Often we are not sufficiently aware and are surprised by school dropouts, without realising the catastrophic educational consequences of unstructured or culturally void environments. The issue goes beyond the family environment. It concerns the neighbourhood, town, or city, and the general landscape. The much celebrated Dutch urbanism has never been taught in any school, it spread visually throughout the population. The Dutch have arranged their space admirably because they have always seen admirably arranged space around them, just as European farmers plough straight lines because they have never seen crooked furrows in their agrarian environment. Visit the tropics, far from European plantations, and you will see a mess of breaks and plantings.

«Space is not neutral, but rather generates, disseminates, and reinforces images and values in an explicit and implicit way»

In 1990 the First International Congress of Educating Cities was held in Barcelona. The concept of educating city is based on the evidence that space is not neutral, but rather generates, disseminates, and reinforces images and values in an explicit and implicit way. This communicative character is more intense the more complex, diverse, and richer the reference space is. This means that a well-ordered country predisposes to mental order. Republican France introduced ideas of progress in formal education (which it made compulsory) and built a rural and urban space that was also progressive and, of course, equally educational. A century and a half later, we can compare Transpyrenean villages with Cispyrenean ones. These different contexts gave rise to such different citizenries…

Our environment educates, of course it does. In case of contradiction, osmotic learning usually prevails over regulated learning. We have daily examples of this, people who have learned things at school that they do not do at home because they never did in the first place. That is why it is so important to build territorial and civil standards that are adequate and sustainable. Without an ordered landscape there is no good existential culture. Nor is there a displayable collective imagination.