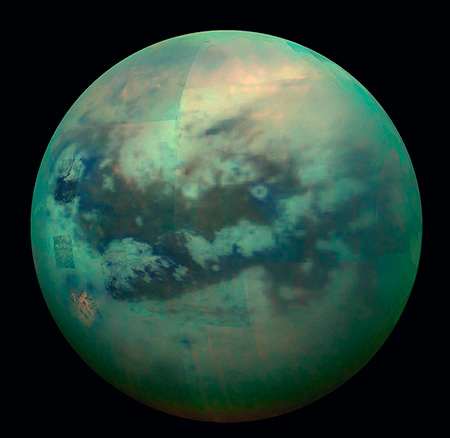 Photograph of Titan taken by the Cassini-Huygens probe. / NASA

One of the current hotspots in astrobiology is the search for water in exoplanets. We all seem to share the idea that water is essential for the existence of life, and even the assumption that water and life are almost synonymous. As we already discussed in a different Mètode issue, each time that proof of liquid water is found in Mars, either in the present or in the remote past, its biological implications headline the news. Similarly, the exoplanets that most attract media attention are those we know as «habitable», i.e., those that lie within the habitable zone of their corresponding star. Calling this area «habitable zone» is itself a declaration of intentions, because it actually refers to the area around a star in which liquid water might theoretically be found. All of this reinforces the idea that water is essential for life.

Given the abundance of water in the universe, there is also a widespread certainty that the seas of other worlds will contain mostly water. In addition, the abundance of type M stars, which are reddish and dim, leads researchers to predict that most of those seas will be found around that type of star. Recent discoveries of rocky planets in the habitable zone of several type M stars, such as TRAPPIST-1, have led experts to suggest focusing astrobiological research on this type of star.

However, more and more studies are pointing out that other substrates can be good for life: studies have yielded very compelling results, such as the high organic chemistry viability of hydrocarbons, the possibility of membranes in non-polar solvents, or the viability of complex chemistry not related to carbon. For this reason, it does not look like we can rule out the possibility that life can emerge from other solvents. On the other hand, we have found another world with seas in our own Solar System, although they contain not water, but hydrocarbons: they are located on Titan, Saturn’s satellite, which orbits colder regions.

Creating a statistical analysis from a single piece of data, water seas would appear to be as abundant as hydrocarbon seas. In fact, there is a reason that would lead us to assume that the second case is more common. On the one hand, water has higher melting and boiling points than methane or ethane, so its habitable zone is closer to the star than that of hydrocarbons. On the other, planets that orbit very close to their star always end up showing the same side to it, because they become gravitationally anchored over time. This seems to be the case with many planets in the habitable zone of type M stars.

«We have found another world with seas in our own Solar System, although they contain not water, but hydrocarbons: Titan, Saturn’s satellite»

It is not absolutely clear to what extent stable oceans are viable in a world that is always facing the star with the same side, one where the temperature difference between the day side and the night side can be extreme. However, extensive research anticipates that it would be impossible for seas to exist on those planets. Moreover, the proximity to the star makes them especially vulnerable to stellar flares. Conversely, a planet with ethane seas orbiting a farther region would not be gravitationally anchored and would be less vulnerable to flares. This would favour a greater presence of hydrocarbon seas around type M stars. And since those are the most abundant stars, the logical conclusion would be that they must be the most common type of sea in the galaxy.

Then, if extraterrestrial beings ever arrive to Earth, please do not smoke near them. 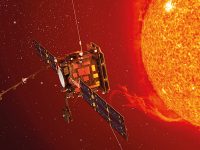 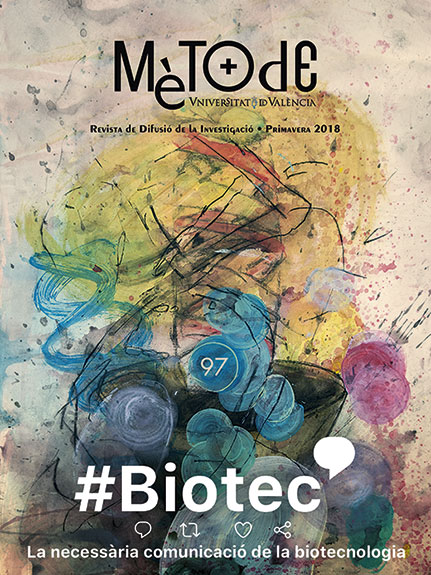