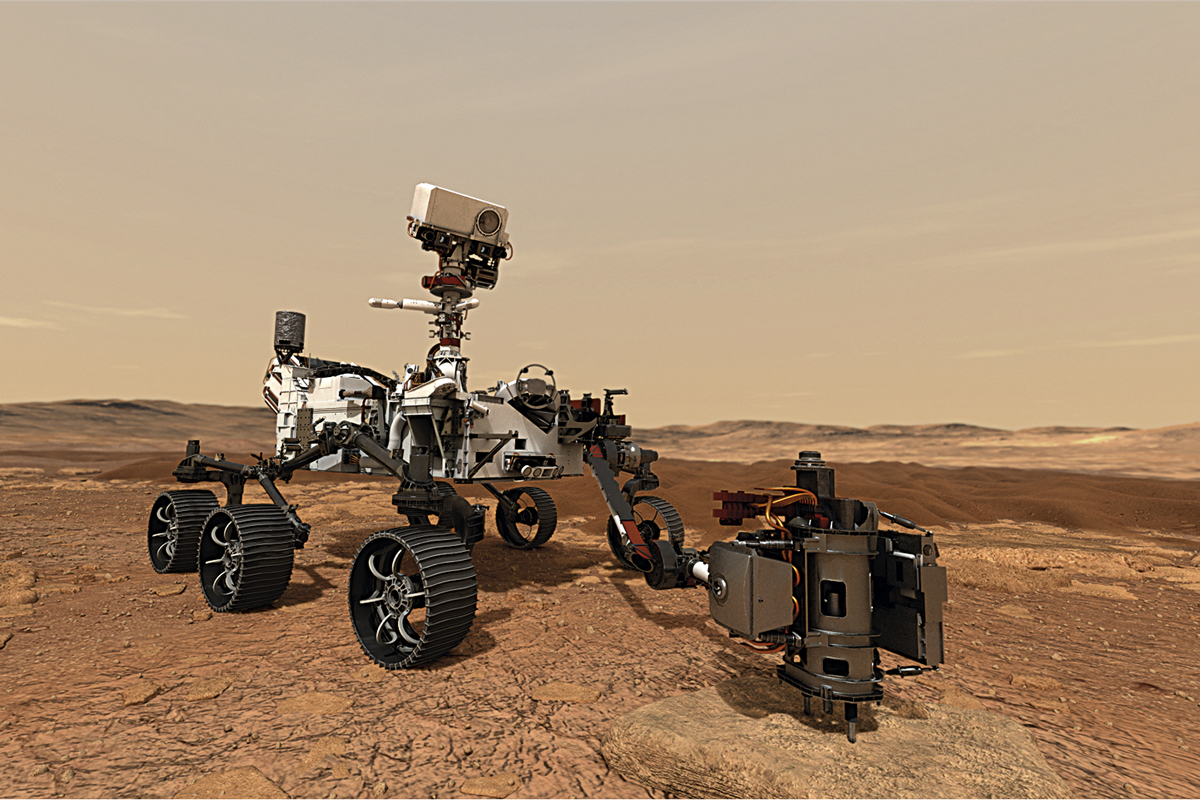 Artistic representation of the Perseverance rover, whose launch towards Mars is scheduled for mid-summer 2020. This astromobile will be equipped to collect samples from the Martian surface and return them to Earth. It would be the first mission within the Mars Sample Return mission, launched by NASA and the European Space Agency / NASA/JPL-Caltech

Can an extraterrestrial organism produce a catastrophic pandemic on our planet? Such a question arises every time we consider bringing samples from other worlds in the Solar System to Earth and, in a context like the current COVID-19 crisis, which proves how difficult it can be to contain a pathogen, it turns upcoming missions like the Mars Sample Return into a red flag for more than a few people. Could a Martian sample bring “stowaways” that would pose a biohazard?

The short answer is «we cannot rule it out», and that is why attempts are being made to develop safe systems that will break the chain of contact between returning spacecraft and Martian rock samples, using sealing and welding techniques to create three or four levels of containment and sterilisation using radiation and high temperatures (with the associated risk that this process will alter the sealed sample). The second problem is how to collect the sample safely (can you imagine the probe crashing upon re-entry to Earth?), and the third is to have a laboratory dedicated to treating the Martian sample (such a laboratory does not yet exist).

Could the Martian equivalent of a virus pose a danger to us? The good news is that most probably not. On Earth, viruses «work» because they are based on machinery that is common to all terrestrial organisms, which they use to their advantage, since at heart they are strands of DNA or RNA like the ones we already have in our bodies. If there is the equivalent of a Martian virus, it is unlikely that it can cause any infection to a terrestrial organism; if you allow me the comparison, it is like an iPad catching a Windows virus. That is, unless there had been cross-contamination between Mars and Earth in the remote past, and life on both planets had a common origin (which cannot be ruled out).

«Could the Martian equivalent of a virus pose a danger to us?»

Sophisticated, bacteria-like organisms would be more dangerous. The pathogenicity of many terrestrial bacteria does not come from their «internal machinery» being similar to ours, but from the fact that they can feed on our tissues and, by consuming them and reproducing, they can cause damage or interfere with their functioning, or produce toxic excretions. Let us consider, for example, iron-eating Martian organisms that obtain energy from oxidising ferrous iron (Fe2+) into ferric iron (Fe3+); such organisms might find our haemoglobin highly nutritious. Or a Martian «vegetable» synthesising its components from solar radiation and the scarce carbon dioxide found on Mars; for that one, Earth would be paradise, because of the abundance of both elements, so it would be able to reproduce at great speed. Imagine if it found it interesting to live in our nostrils…

Nevertheless, Martian life would most probably not do well in competition against terrestrial organisms. On Mars, if there is life, it barely survives on the edge in a highly hostile environment. On the other hand, on Earth, with its long-lasting arms race between beings, life is the norm; Earth is the place with the most aggressive, dangerous, poisonous or pathogenic organisms. Beware, though. Believing that an organism that has evolved on Earth is necessarily better adapted to this environment is a mistake, as demonstrated by the problems associated with invasive species.

Generally speaking, the scientific community shares the belief that the possibility that Martian rocks contain life forms that can infect the Earth is extremely low. Moreover, Martian life may have already arrived with meteorites originating from that planet, and this does not appear to have caused a pandemic catastrophe… Well, not one that we know of, at the very least.