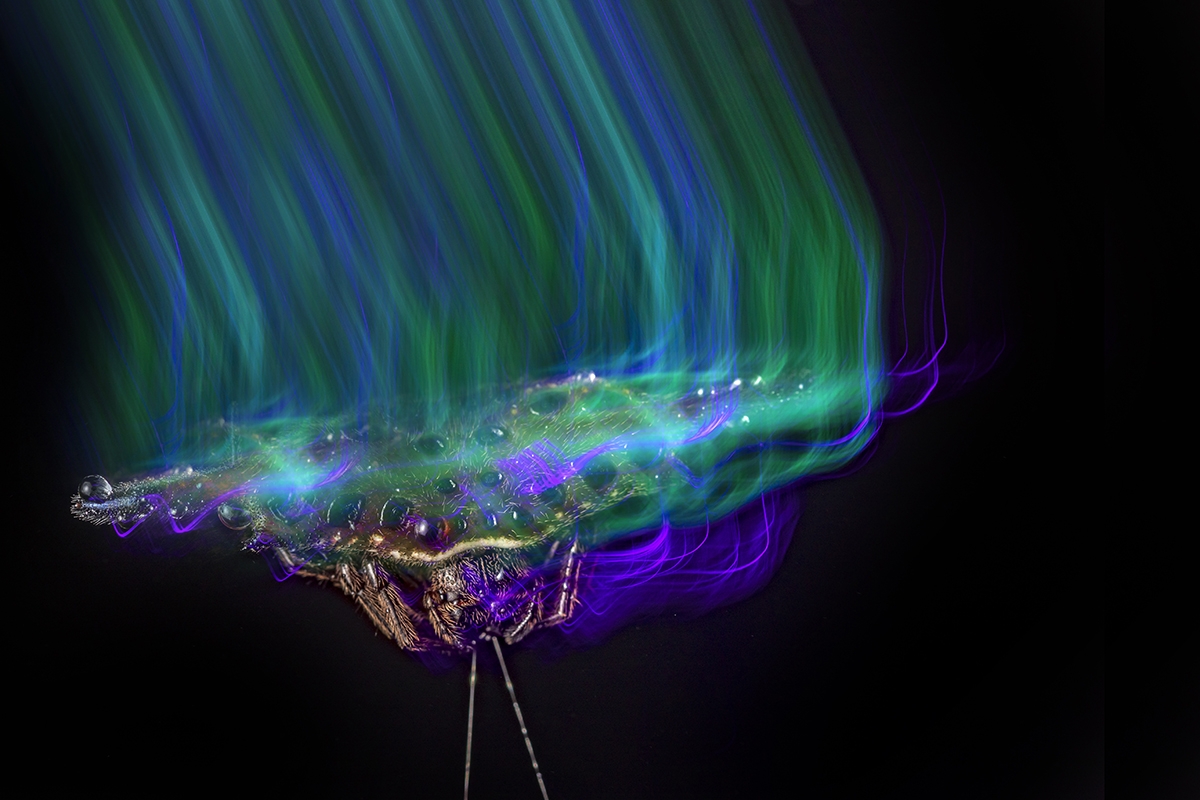 The human fascination with light is possibly as old as our consciousness. What is the origin of light, is it any particular colour, what role does it play in nature? These are just some of the questions that have captured our curiosity for centuries. However, beyond our most intuitive perception of light, it can also appear in nature in a far less apparent way.

Fluorescence is a phenomenon observed in organisms such as bacteria, fungi, plants, and animals. It is characterised by a quick emission of light as a result of exciting a subject’s electrons by absorbing energy from a source of ultraviolet radiation. The number of known species known to exhibit this phenomenon is constantly increasing. It has been described in parrots, geckos, and chameleons, and in countless arthropods such as scorpions, butterflies, beetles, dragonflies, millipedes, etc. Fluorescence in animals has been suggested to play a communicative role, for example, acting as a visual signal in courtship. Unfortunately, the evidence is still scarce and often controversial. For people who love nature and photography, knowing the ins and outs of fluorescence can be extremely useful. First, the use of ultraviolet torches can help us find fluorescent species that are more active at night. Second, fluorescence is itself a source of creative resources. To this end, some details should be taken into account: ultraviolet torches can cover different wavelengths; depending on these ranges, the effect in our images will vary. The most common ones are 395 nm and produce a purple halo with an intense fluorescent effect.

«Fluorescence in animals has been suggested to play a communicative role, for example, acting as a visual signal in courtship»

To avoid halos and capture only the fluorescence emitted by the subject, 365 nm torches can be used. Note that the light of these torches is usually less intense than that of a conventional flash, which makes it difficult to capture fluorescence in our photographs. To do this, we need to take a long exposure photograph (1-30 seconds), set the camera aperture higher, and/or increase the ISO. In a long exposure photograph, the main risk is that the subject will move and the image will become blurry. This problem can be solved with practice and some luck. The combination of ultraviolet light and an external flash was key to capture the movement of this spider of the genus Gasteracantha that I found in Malaysia. It gave the image a creative rather than documentary character. 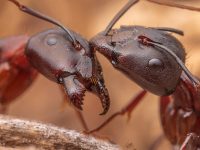 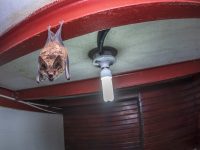