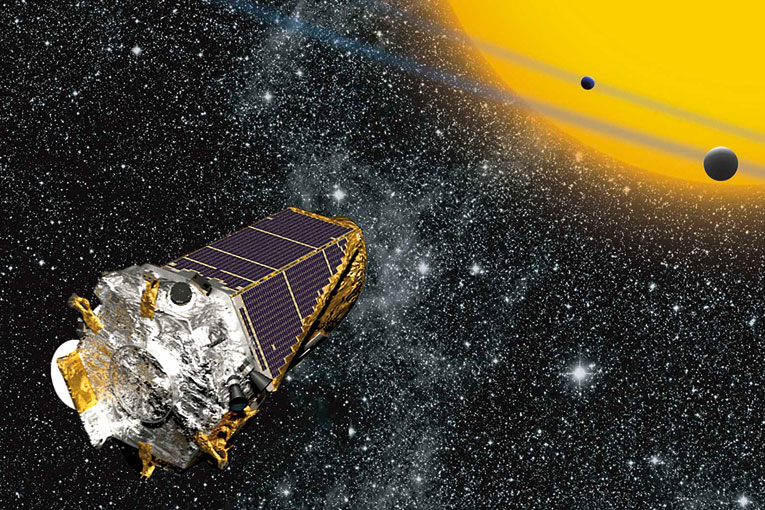 Recently, a star with a very unromantic name, KIC 8462852, became a trend in some social networks. It is a very common star, located in our galactic neighborhood, some 1,500 light years from the Earth. Our galaxy is 100,000 light years in diameter, so we could say it is «relatively» close.

What is odd about this star? The Kepler mission studies light curves from thousands of close stars in order to detect small decreases in brightness produced when a planet orbiting the star crosses in front of it. This is what astronomers call a transit, and represents a very slight decrease in the light output of the star while the planet is between the body and the telescope that observes it. Transits, especially Venus’s, have been very popular astronomical events and had an important role in the history of astronomy; for instance, they were used to determine the distances to other planets in the Solar System accurately. The Kepler mission has detected hundreds of exoplanets since it began to observe six years ago. The cooperation of citizens is used in order to analyse the light curves observed every day, apart from powerful computers and software.

The Planet Hunters programme consists of thousands of volunteers who use their home computers to analyse data from the Kepler probe. After receiving proper training, they try to interpret light curves. KIC 8462852’s light has been described as fancifully odd and interesting, and represents the transit of a giant. The team led by the postdoctoral researcher Tabetha Boyajian, from Yale University, has studied different astrophysical scenarios that could explain the strange light curve. They concluded that a comet swarm would be plausible hypothesis; they could have been launched towards the star by another close star. New astronomical observations are necessary in order to verify the hypothesis. Meanwhile, the idea emerged that the strange light curve might be the result of giant structures created by intelligent beings from a technologically advanced society. In a recent article, Jason Wright and colleagues from the Center for Exoplanets and Habitable Worlds in Penn State explained that the observations of the light curve were consistent with this interpretation: an incomplete Dyson sphere. These structures were first postulated by the American physicist and mathematician Freeman Dyson in 1960. According to him, they could have been designed and built by extraterrestrial civilisations in order to take advantage of the energy from their star. This hypothesis made the star leap out to the media. Researchers from the SETI programme (Search for Extraterrestrial Intelligence) want to focus the VLA radiotelescopes in Socorro (New Mexico) on the star to try to listen to possible signals of an extraterrestrial civilisation, as happened in Contact, the film starring Jodie Foster (based on a novel by Carl Sagan). In fact, a different attempt with the ATA radiotelescope of the SETI Institute, smaller in size, has already started, although it has not detected anything extraordinary at the moment.

The hypothesis of technologically advanced civilisations has been used before in astronomy. For instance, the North American astronomer Percival Lowell believed he had observed artificial canals in Mars. According to his own hypothesis, they would be used to transport water from the poles to the warm equator, in order to supply water for the Martian population of a languishing planet. Better observations proved that those artificial canals did not exist and Mars was inhospitable and barren.

There is probably an astrophysical explanation behind the abnormal light curve of KIC 8462852, but, for the moment, it remains unknown or misinterpreted. But in any case, if that was not the case and this is the time we find E.T.’s relatives, we would know in the next few months. Although should we choose to send a message to contact them, we will need to be patient, because our interstellar Whatsapp will take 1,500 years to reach them and twice as much to get the double blue tick.