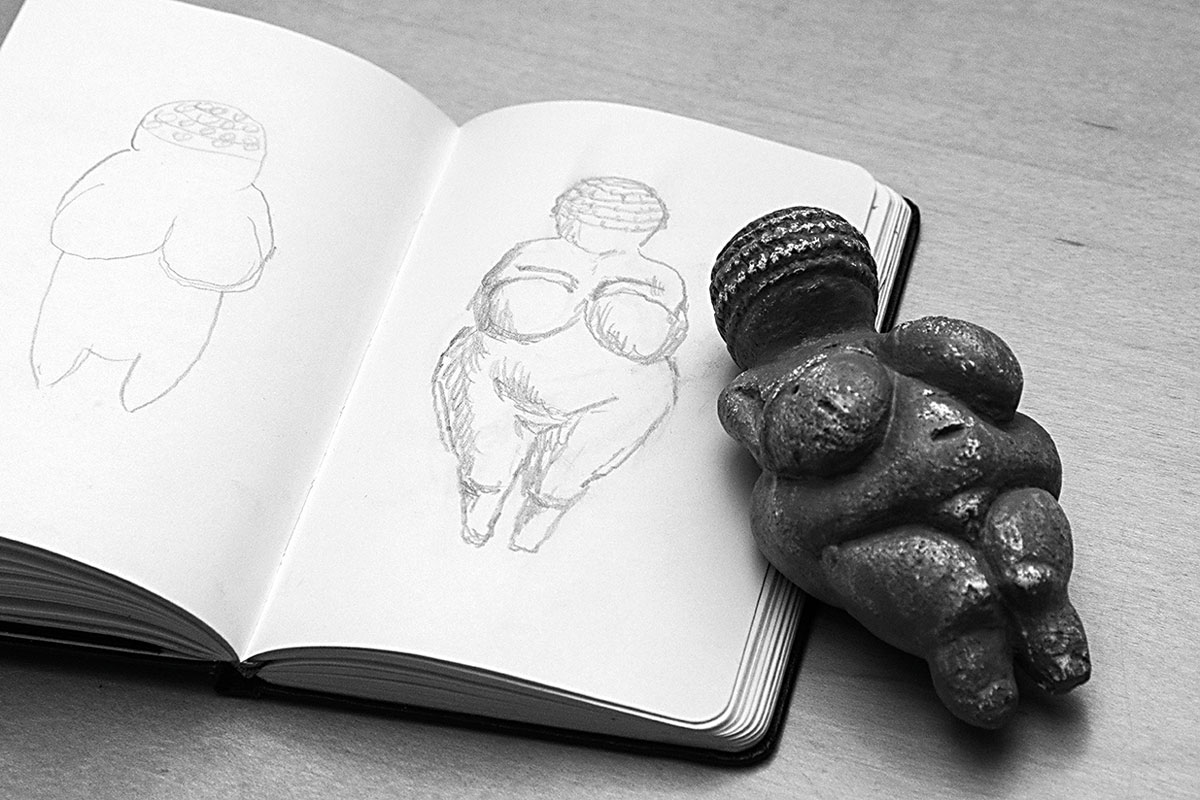 The day I bought a replica of the Venus of Willendorf, I did not look at it. I put the small figure in my pocket and waited to sit down in a quiet place. That place turned out to be an auditorium showing the 1962 film The miracle worker, about the cognitive awakening of the deaf-blind girl Helen Keller. For several days I had been thinking about what Helen Keller had written about perceiving the world through her hands. «Through the sense of touch, I know […] the exuberance of the soil, the delicate shapes of flowers, the noble forms of trees, and the range of mighty winds». Then it occurred to me to explore and memorise a figure through touch, completely disregarding sight. While watching the film, I spent over an hour exploring that figure with my fingers, without looking at it at any point.

Gradually, somewhere in my brain (somatosensory cortex? visual cortex? both? elsewhere?) the three-dimensional image of that well-known Palaeolithic artwork took shape. Though I had an idea of its basic appearance, probably resulting from general culture (a small, chubby sculpture of a woman with very large breasts), I would have been unable to make a faithful drawing of it before my tactile exploration. Similarly, if I were now asked to draw, from memory and without looking at a map, the profile of the Canary Islands and the situation of some islands in relation to others, it would be impossible for me.

«We are visual animals and, understandably, most people hardly exercise tactile memory»

Helen Keller’s words had stimulated my curiosity: «It is not for me to say whether we see best with the hand or the eye. I only know that the world I see with my fingers is alive, ruddy, and satisfying. Touch brings the blind many sweet certainties that our more fortunate fellows miss because their sense of touch is uncultivated. When they look at things, they put their hands in their pockets». I wondered what my mind image would be like after exploring a figure by touch; would it be more faithful, more forceful, than the one I would get from exploring it by sight?

After seeing a sculpture of Hermaphroditus in Rome, Lorenzo Ghiberti wrote: «As for the ancient statue, our tongues cannot express the skill, the art, the mastery, the perfection with which it was done. […] This statue had very many refinements, which the eye could not perceive, but the hand could detect by touch.» I remembered these words while Madame Willendorf tumbled between my hands. I discovered that three-dimensional perception is much more effective when using both hands instead of just one. Not only are more sensory receptors at work, but the proprioceptive system – which is responsible for detecting the position of our body in space – provides information about the relative positions of fingers and hands.

To finish off my little experiment, still without having once looked the Venus in the face, I took a pencil and tried to draw her in a notebook, from memory. I made three drawings: from the front, from behind and in profile. Tactile memory is clearly three-dimensional: with the information I had obtained, I could draw it from any angle. The result seemed satisfactory to me. Now I had to check my memory against the figure; at this point I had a mad desire to look at it. I ogled it and found it a little more voluptuous than my hands had rendered it in my brain, and with a slightly larger head, but in essence what had come to my mind was an acceptably faithful image.

We are visual animals and, understandably, most people hardly exercise tactile memory, yet it would be wonderful to be able to run your fingertips over a sculpture by Canova, Donatello, or Ghiberti’s Gates of Paradise, and still remember the sensation years later. 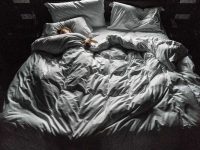 Why do we dream? 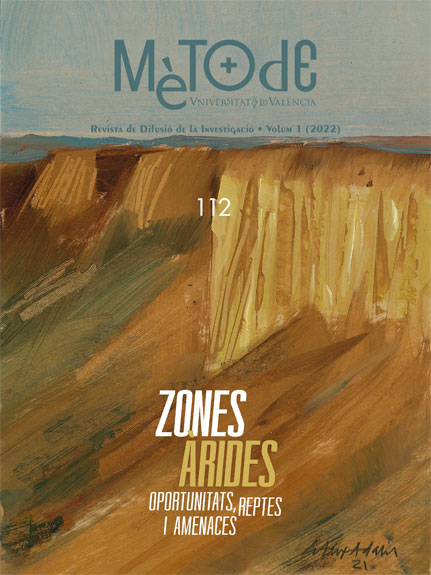