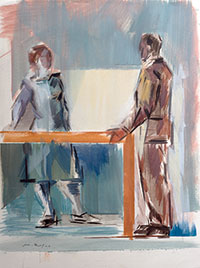 The topic human nature has inspired the artists Rafael Martí Quinto and Jesús Martínez Oliva to collaborate on this monographic issue of Mètode –offering an artist’s view that complements the topics covered by the different articles. On the left, Rafael Martí Quinto. «Human Nature» series, 2010. Oil on paper, 21 x 29.7 cm.

Our vision of humanity has changed considerably over the twentieth century, thanks to hermeneutic developments that regarded man as a language animal, impossible to define in basic terms, and whose existence is inseparable from his way of understanding the world and understanding himself. The equation between understanding (to be is to understand) and way of life is key to many of the philosophical and cultural anthropologies in recent centuries. This view culminates in works on hermeneutics and biopolitics, which close Foucault’s work and greatly influence later schools of thought.

To our interpretation of man as a creature of symbols, we must add (sometimes complementarily, sometimes clashing) our understanding in terms of evolutionary theory and genetic biology. This is the result of huge theoretical progress made in biology, which tends to naturalize our vision of man; or, in any case, to relativise the distance between the living being and the language being, making it difficult to understand man’s place in nature.

This broad issue can be theorized from different standpoints and this volume sets out to contribute to this pluralistic vision. There are important consequences of how we think about ethics, with the emergence of new issues, and ideas such as «animal rights» or «the rights of future generations». There is also, of course, an impact how we understand gender differences, a perspective that we also wanted to bring into this debate. We do not attempt to set down a doctrine on the issues dealt with here, but rather to encourage discussion and contribute to spreading the debate by posing a number of questions. 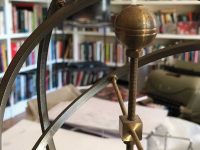 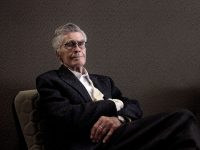 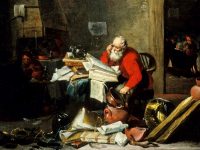 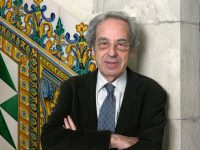