We live in a rapidly transforming world. Social reality moves, nature moves, the cosmos moves and human beings move as well, but we do so not only across our biography and physical dimension, but also in ideas and values. This process is so fast that the sociologist Zygmunt Bauman called the present «liquid modernity». In our hands, institutions and landscapes also transform. Maybe this context, which often generates concern and perplexity, makes it advisable to look at the past, because movement and permanence were an object of reflection for many of the philosophers and scientists of ancient times.

I am talking, for instance, about Aristotle, the Greek philosopher from the fourth century B.C., who devoted an important part of his thinking to movement and change, in works such as De anima, De motu animalium or De generatione animalium, among others. Aristotle identified substantial changes, like the change when an embryo is created from a single cell or a tree develops from a seed, or when death transforms a living being into inert matter. However, Aristotle considered other forms of change, such as mere accidental change or a shift in position, like moving through space. But describing change types is easier than explaining their origin, their cause or purpose.

We can see that ancient philosophical thinking shows an undeniable quality: its complexity and ambition to know beyond evidence. Unlike the conceptual and methodological reductionism of modern science, ancient natural philosophy – more specifically Aristotelian philosophy – poses questions that can be debated, like understanding that something changes and does not change at the same time, because it remains the same thing before and after the change. Nevertheless, at the same time, every change involves a new way of being, as seen in the transition from life to death, or from ignorance to knowledge.

«In case change is accidental, form or substantial properties can remain, but if the change is significant, only matter remains»

Trying to answer questions that modern science would never dare to pose, Aristotle suggests the following explanation: things change in form or accidental features, but they retain their identity. Identity or essence are concepts that modern science left out of its epistemological space. In case change is accidental, form or substantial properties can remain, but if the change is significant, only matter remains.

This conceptual network is based on distinguishing a double dimension in real things: a remaining material dimension, and a formal one, changing from potentiality to actuality. But this movement or transformation from potentiality to actuality requires a cause, which Aristotle called «efficient cause». In addition, all this change points to a purpose, which our philosopher called «final cause». This is an essential key to explain order in the cosmos, whose purpose is reaching the maximum degree of perfection. Aristotelian optimism consists in thinking that everything changes to improve, actualising the best potential.

In a schematic way, the Aristotelian concept of change and movement involves the intervention of four causes: the material cause, the formal cause, the efficient cause and the final cause. Matter is the most passive element in the change process. It receives the processes of actualisation of its potentialities one way or the other. The efficient cause implements the change and the final cause points it towards a purpose. Within or without scientific epistemology, the Aristotelian model to explain change could help us understand many aspects of human condition, society and even politics. 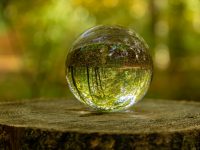