From time to time we must take a marker and cross out some faces and names, make them disappear from history and spread the word that we must pretend they never existed. If science is a building built with bricks contributed by the community, we must remove defective bricks and knock down those that have been added on top of them. A retraction must be published.

Retraction is a compulsory literary genre: it is only written by one who has no other choice, and it does not pursue fame. Except for a few media cases, retractions go unnoticed by the public. What makes for hot news? The usual topics: death, sex, money, and religion, in all their combinations.

Among the most high-profile retractions was a 1998 article in The Lancet arguing that the MMR vaccine caused autism. In 2004 ten of the thirteen authors retracted their interpretation of the data (not the data itself), and it was not until 2010 that The Lancet published a retraction. This was not the most belated retraction: it took the editors of the International Journal of Neuroscience 30 years to retract an article by Dmitrii Kuznetsov that falsified data on the evolution of marsh rats, despite decades of protests.

There is no Journal of Retracted Research, but on the Retraction Watch website you can find such circumstance literature. The reasons for retraction can range from error to fraud to incompetence: analytical errors, reagent contamination, image manipulation, ethical concerns, and more. One colourful reason is salami slicing: publishing modified versions of an article to lengthen the resume (when I was doing research, salami slicing was dividing the results that would go into a long article into several short articles). In the retraction note of a salami article, the editors reported that the lead author, Jorge Peña, exculpated his co-author Seung-Chul Yoo because he was a PhD student. Peccadillos, compared to doing research on organ transplants from executed prisoners.

Retractions are scarce, compared to the large amount of scientific literature published each year, but they are important. The fact that most of the retracted articles concern medicine is a warning that competition in this field is eroding the mechanisms that keep human nature within the bounds of decency.

Yeager, A. (2019, 11 November). Paper used in creationist teaching retracted after 30 years. The Scientist. Retrieved from https://www.the-scientist.com/news-opinion/paper-used-in-creationist-teaching-retracted-after-30-years-66703 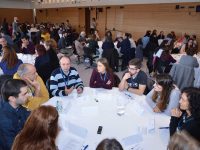