The specialization of journalists in the context of economic crisis and the business model of newspapers brought about with the advent of the Internet, the complex language of science and the popularization of social networks in the exchange of content… were among the topics discussed at the forum «Science in the media» organized by the RUVID (Network of Valencian Universities for the encouragement of Research, Development and Innovation), in collaboration with the Units of Scientific Culture and Innovation (UCC+i) from the Valencian Universities, and the forum was held in Valencia on November 20.

«Social networks punish creators», claimed Bernat Clarí, Deputy Director of Levante-EMV, with the aim of illustrating the current drama in the mainstream press since newspapers are free distributed all over the Internet, as well as the decline of advertising due to the economic crisis. Both Clarí and Pablo Salazar, the head of Las Provincias, acknowledged the lack of science journalists in their newsrooms. «We have too much information, the scientific discourse is complex and having specialists in all subjects is impossible». Both, however, stressed the need for progress in the dialogue and trust between journalists and scientists.

In recent years, the UCC+i and press offices of universities have increased their effort to clearly disseminate the results of research both in writing and through pictures and videos. Nevertheless, before press releases «journalists think about the conspiracy theory and we take it as official information», noted Salazar. In fact, the media «need scoops, to be the first ones reporting on any topic», as exposed by María Climent, journalist at El Mundo’s supplement Innovadores. «Paraphrasing press releases or videos sent by universities immediately on the media’s websites is not journalism», concluded Clarí.

Mètode’s Editor-in-chief, Martí Domínguez, stressed «the existing prevention against science while the media trivialize its contents, which reduces its quality and as a result, the number of readers». In this sense, El País journalist Jaime Prats highlighted «the fragility of the boundaries between information and entertainment». As for the Internet, he said: «Newspapers sell their copies at the newsstand and at the same time give it away extended in the digital version.»

Valencian public media have not supported scientific culture either. So, Imma Juan, from Canal 9, expressed that the ninety-second space on neuroscience Sabies què, which is broadcasted at Punt Dos, came about through a purely personal initiative and without any technical means or budget available. 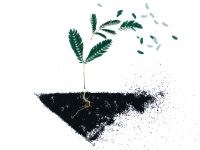 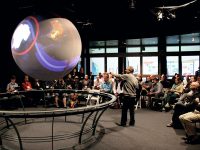