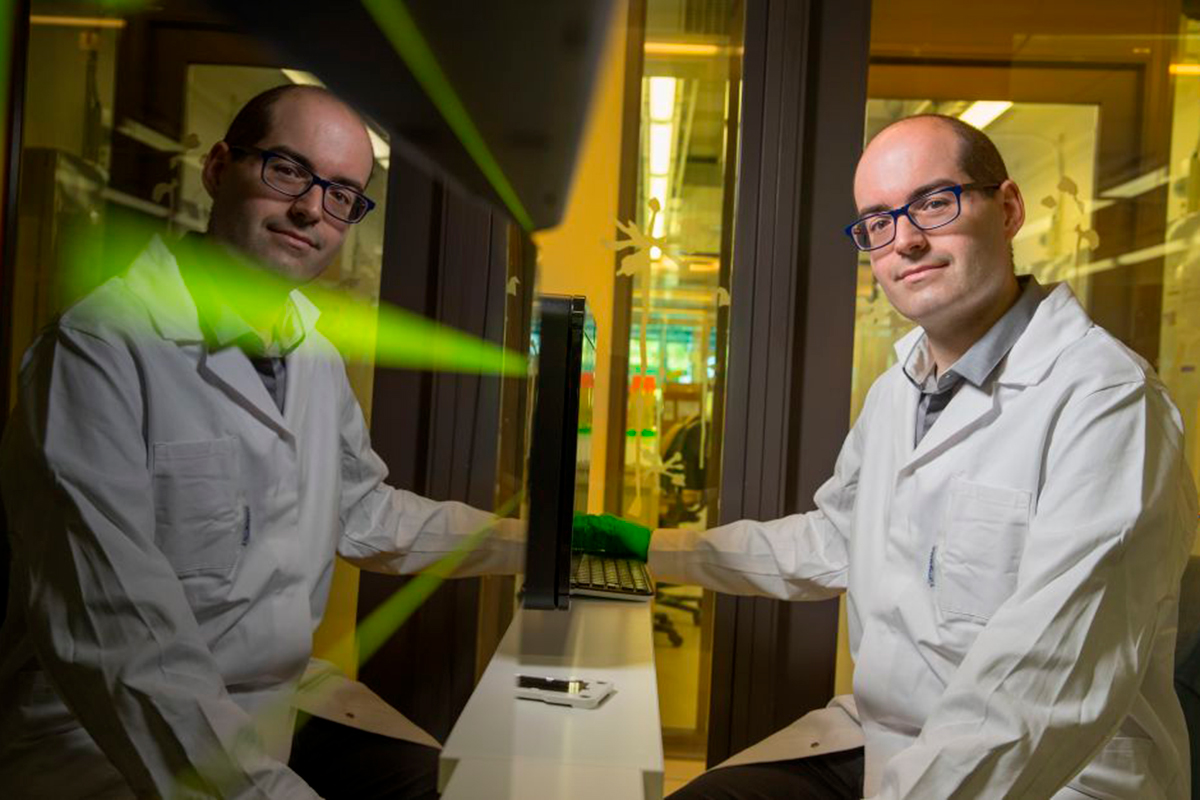 Vicent Pelechano has a degree and a PhD in Biochemistry from the University of Valencia. He is from Algemesí and worked at the European Molecular Biology Laboratory (EMBL) from 2009 to 2015. Since 2016 he has been an associate professor at the Karolinska Institute and a researcher at the Science for Life Laboratory (SciLifeLab) in Sweden, where he leads his own research group, the Pelechano Lab, made up of fifteen researchers. There, Professor Vicent Pelechano has developed a simple, fast and inexpensive method to detect SARS-CoV-2 in patients. From his Swedish office, he explains what this method consists of and what are its advantages.

What does your project’s COVID-19 test consist of?

In January, following the onset of the COVID-19 crisis in Wuhan, we decided, together with some Chinese colleagues, to do our bit. What we did was to use a known technology, RT LAMP, to detect very small amounts of genetic material [RNA] from the virus. It is very simple, it basically mixes the virus sample with the reagents, which produces DNA amplification that can be detected by a change in pH, easily observed via colour change or fluorescence. It is a very simple complementary method that can help in places where there is not enough capacity or they do not have other options, because it can basically be carried out with a pot of hot water.

What are the advantages of your method over other types of tests?

There are basically two large families of tests: those that detect genetic material, RNA, and those that detect proteins, serological tests. The first, the qPCR, is used to diagnose people who have been infected very recently; the second, mainly to locate individuals who have already overcome the disease and therefore have antibodies. In our case we wanted to produce a test that would help to detect and isolate the affected population to reduce the spread of the disease. The qPCR or quantitative PCR is a method consisting in the application of temperature cycles to a sample. If the virus molecule is present, it is repeatedly duplicated so that it can be detected. Our test is a little less sensitive than qPCR and allows, by incubating at the same temperature for a certain time, to amplify a fragment of the virus and produce a signal if it is positive. The advantage is that you do not need a thermal cycler, you can do it with very limited equipment.

It is also cheaper and faster, is it not?

Poor countries do not have enough thermal cyclers or qualified personnel to perform qPCR testing. The advantage of our method is that you only need a few reagents, which cost one euro per sample, and to keep the sample at a constant temperature of 65 °C for half an hour. It could actually be done at home or in an emergency room, for example. Furthermore, since it requires very little material, it can also be a complementary tool in countries such as Spain, because many tests could be done in parallel using very limited resources, which means that we could do thousands of tests at the same time. This would be interesting for massive testing, which is a scenario that is being considered in the context of deconfinement. 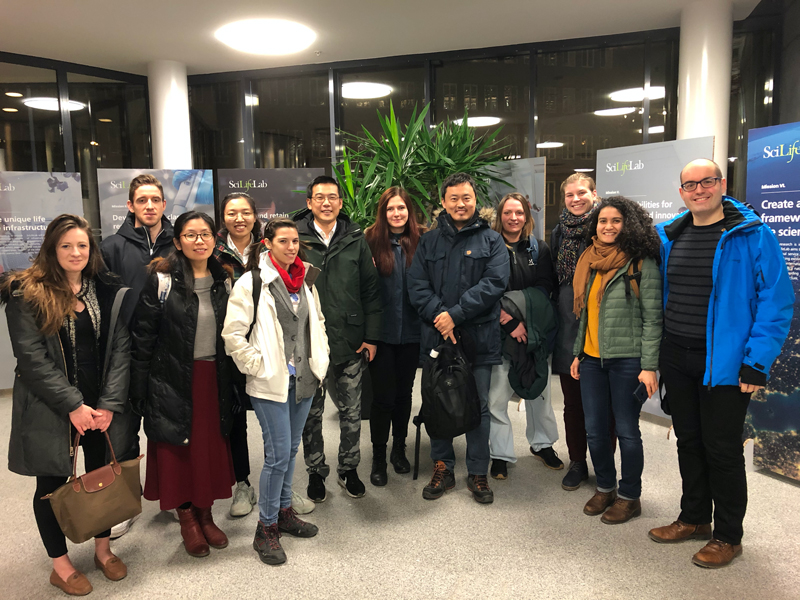 Since 2016, Vicent Pelechano has worked as an associate professor at the Karolinska Institute and as a researcher at the Science for Life Laboratory (SciLifeLab) in Sweden, where he leads his own research group. / Vicent Pelechano

Which countries have shown interest?

We have contacts with many countries. This project started with a collaboration between China and Sweden but now we are also working with partners from Germany, India, Austria, the Netherlands, Poland… exchanging protocols and information to speed up and improve the results. We also share all our information openly and advise countries with more limited scientific development, such as some African or Latin American countries. We are doing everything we can from the academic sector. Obviously, it is a pleasure to be able to use all the training that society has provided, to be able to directly apply it to basic research, which is what we do. And we can do it simply because we have an active research system.

«The progress made thanks to global collaboration is amazing»

How has this pandemic changed the scientific method?

It is remarkable. Under normal conditions, in the world of research, the deadlines are longer and there are many checks before you submit for review, which works very well but is slower. In this case, because the problem is urgent and cannot wait three months until we have a proper review, which is also being conducted simultaneously, all the research groups submit open information every day for the rest to read, criticise, improve, and contribute to a better result. The progress made thanks to this global collaboration is amazing. The things we are doing now were unknown two weeks ago and in two weeks we will know much more. It is impressive how many scientists from around the world have turned to this pandemic, it is an impressive international effort.

What do you think of the controversy with the tests in Spain?

In my opinion, we have to distinguish between two types of tests: clinical diagnostic tests (qPCR), which have to be very rigorous, because clinical decisions depend on them; but I think that other types of tests, such as the one we have designed, which are perhaps not so sensitive, can also be very useful. They can help us to test the population massively thanks to their simplicity, which can help to reduce the spread of the virus a lot. At this point, different strategies are being discussed to see what is more feasible in logistical, economic, or public health terms. This is a complicated issue in all countries, not only in Spain.

Communicator and head of department at the Official Languages School in Quart de Poblet (Valencia, Spain).