«The progress of transhumanism is unstoppable» 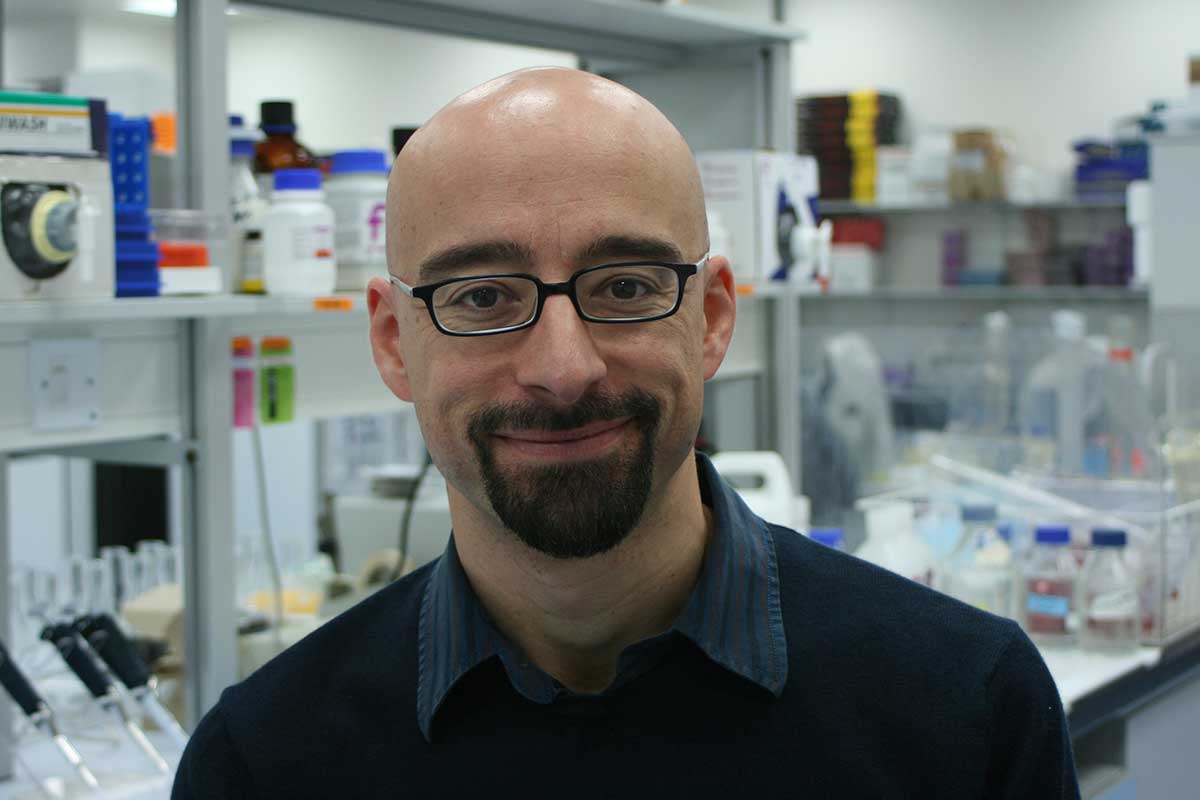 Salvador Macip (Blanes, 1970) studied Medicine at the University of Barcelona, where he also obtained a PhD in Molecular Genetics and Human Physiology. From the end of 1998 to the beginning of 2008, he worked as a cancer researcher at the Mount Sinai Hospital in New York. Since that year, he has continued his research at the University of Leicester (UK), where he directs a research group on cancer and cancer treatment. He is also a lecturer at the Open University of Catalonia (UOC). In addition to working in the fields of research and teaching, he is a science communicator and has written several novels.

Macip has coordinated the monograph in issue 111 of Mètode, which deals with transhumanism from different perspectives. The doctor and author considers this to be «the most transcendent debate in our history».

Salvador Macip will be delivering the lecture «Com seran els humans del futur? Promeses i riscos del transhumanisme» at the Aula Magna of the La Nau Cultural Centre of the University of Valencia. The lecture, after the introduction by Martí Domínguez, will address the topics dealt with in the monograph. The activity is part of the cycle «Parlem de ciència!» and is organised by Mètode and the Escola Europea de Pensament Lluís Vives. Admission is free with pre-registration at this link.

What do we mean when we talk about transhumanism?

Transhumanism and posthumanism are terms that are sometimes used interchangeably. There are different ways of describing it, but transhumanism is above all a scientific, philosophical, political, and social movement that explores and discusses what the human beings of the future should be like, in other words, it proposes using all the tools that science has at its disposal to modify humans, to improve the human species in some way. It involves the combination of genetics, robotics… any science that takes us beyond what nature allows us to do. If we take it from the philosophical side, it proposes to assist evolution, to be the ones who take the next evolutionary step and thus become posthumans. Posthumans would be a new version of the human species, modified not through millennia of evolution, but through scientific action on our own bodies.

What will these humans of the future be like?

This debate involves the entire range of possibilities. There are many variants, from the most radical transhumanists, who propose hybridisations between machines and humans (cyborgs, that is). They propose doing whatever it takes to achieve this new stage of humanity. The other extreme are bioconservatives, who think it is better to let evolution follow its course. In between these two extremes, I have a point of view that may be a little controversial: I believe that all medicine is already transhumanist. From the moment we invent a science to extend our lives, we are going against evolution, against what nature had planned for us. In fact, if you compare the first humans with today’s, there is already a significant difference, we are almost two different species. From the point of view of the first humans, we are already posthumans. We live three times longer, we have a more developed intellectual capacity, we have a much better health, we are taller, stronger… due to improvements that we have achieved over time and that already place us at a different level altogether. Therefore, for me, the road to transhumanism and posthumans started from the very first moment, and what we are now proposing is just more radical changes. The changes we have seen so far have been relatively slow, they have been evolving for centuries. Now we are proposing to use all available tools to make very radical changes in a very short period of time. We have been exploring the path of transhumanism for some time now, but this is when we are really opening up new possibilities.

What would you say are the main obstacles that separate us from this transhumanist future?

There are two types of obstacles: technical and ethical. We are overcoming the technical ones as the years go by. Two decades ago it was not technically possible to genetically manipulate human embryos, now it has been shown that it can be done, and we are steadily crossing new thresholds. Now, for example, there are already people who can be considered cyborgs; we can implant mechanical parts in our bodies, but that field is still in the relatively early stages. We are overcoming technical frontiers, but on the other side are the moral or ethical frontiers, and this is where there is more debate. At what point, morally, should we allow the modification of embryos, for example? Because it is one thing to modify ourselves and another to modify our children without them being able to decide. It is not only about our children, because if we modify them genetically, not only them, but all their descendants will have these modifications. We are talking about very important changes that affect many people. These are very complicated issues that we need to be tackling. I believe that the progress of transhumanism is unstoppable, science will not slow down, but how much of the progress we make will depend a lot on what we discuss and what we agree on. What will define future transhumanism, more than science, which is advancing very quickly, will be how we decide to apply this science from a legal and moral point of view.

What do you think should be the ethical limits of transhumanism?

There is an important barrier, at least for me, between healing and improving. Making changes to prevent illness is one thing, making changes to improve ourselves is another, because this is where the definition of what «improving oneself» means comes in. And improving oneself can be as absurd as making us all curly, or making all of us have blue eyes. In every moment, in every society, improving can mean something different. This is very dangerous, which is why we have to define exactly what we are trying to achieve.

«From the point of view of the first humans, we are already posthumans»

However, we can modify ourselves to become, for example, resistant to cancer. This has already been proven in mice, it is not science fiction. If we could do this to all children before they were born, surely we would not see it as a bad thing. I would believe more in applying transhumanism in terms of improving quality of life and avoiding illnesses rather than allowing certain modifications that might be a bit frivolous and go with the cultural trends of the moment. But finding where the barrier between these two things lies is not so easy, because they are somewhat blurred. We will have to talk a lot about this. We are at the beginning of everything, and we still have a lot discussion ahead on what is worth doing, what is not worth doing, what limits should be set. I believe that we are far from being at a point where we have discussed enough to have decided which changes are of interest to us and which are not.

Could transhumanism increase inequality between rich and poor countries, as well as between the richest and poorest segments within the same country?

Yes, this is a problem that we have always had in scientific progress: it is always a problem that certain countries or people get advances first. This is dangerous, because it could create a wider social gap and exaggerate already existing differences. This has always been the case in the history of medicine. With COVID-19, it has happened again. If it is happening now with the coronavirus vaccine, it will also happen with any transhumanist progress. Therefore, we have to prepare for this, because not having a drug against an infectious disease can make a difference, but the differences that could be generated by genetic modification are an entire other issue. We could generate a dual-speed humanity, we could become two species, as different as Neanderthals and Homo sapiens. This is one of the most important risks of progress: the more radical it becomes, the greater the risk of this separation between rich and poor.

Many transhumanists see ageing as a disease that can be treated, even overcome. As a specialist in ageing, to what extent do you think it is possible to treat it in order to slow it down and retain better physical and mental health for longer?

From a biological point of view, ageing is a very interesting mystery, a process that generates very complex questions. Attempting to deal with the disease changes the way we approach it. Until now, for diseases such as cancer, treatment is sought. If you slow down ageing, what you are doing is reducing the chances of developing the disease. In other words, you are not treating the cancer, but you would reduce it a lot if you were to slow down the ageing process. Therefore, seeing ageing as a condition allows us to design treatments and, at the same time, reduce other diseases that are linked to it. In this sense, I believe that it is interesting to consider ageing as something that does not necessarily have to happen, or that can be slowed down in part. But it also opens up a whole range of social problems: if we increase life expectancy, we could generate even greater inequalities, with people in rich countries living to be over 200 years old and people in poor countries with a life expectancy of forty or fifty years. What we are proposing, particularly those of us who work on ageing, is, rather than extending life, to extend quality of life, because over the last century we have been increasing life expectancy but not health conditions; the last few decades of our lives are marked by health problems. We can change that, we can find a way to be at our best during the time we live. We would not necessarily live longer, but we would live better. Reaching immortality is one of the dreams of some transhumanists, but I believe that long before this, we will see changes that may not be so radical but will have an impact on our quality of life.

I believe that science and art are connected, because art is inspired by science but science is also inspired by art. What many science-fiction authors have been describing for decades in that what seemed simply an exercise in fiction has also been an exercise in anticipation. It has allowed us to talk about some issues for some time now, especially from an ethical point of view. The frontier between fiction and reality in transhumanism is moving, constantly shifting. Some time ago, everything was science-fiction, we could do very few things. Now, science is offering us the possibility of turning many of the stories that artists have traditionally told into reality. Therefore, I think it is important not to make distinctions separating science and art, because they can communicate and benefit from each other. We scientists need this part of our imagination, because when we want to make a breakthrough, we must think about what we want to do and where we want to go, and many times this has already been explored in the world of art and literature. Communication between these two worlds and the fact that there is no clear boundary between science and science-fiction, that there can be a dialogue, is positive both for literature and art and for science and society in general.

Journalism graduate from the University of Valencia. 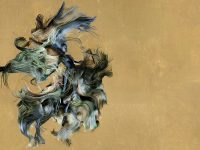