Vicent Balanzá, Professor of Psychiatry at the University of Valencia, coordinates an international study on lifestyle during the COVID-19 quarantine 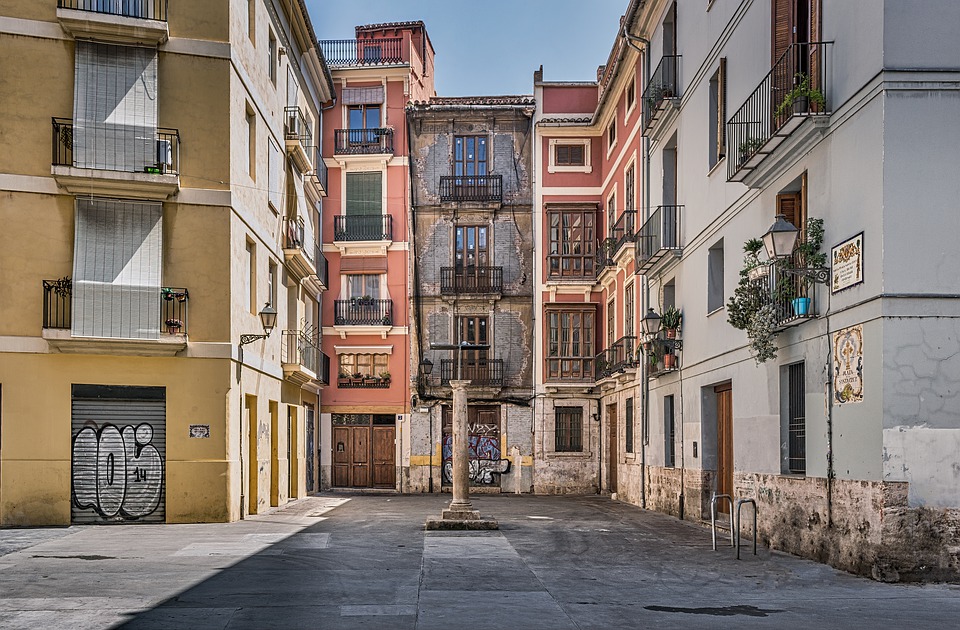 Vicent Balanzá stresses that the aim of his research is to assess the health recommendations endorsed by the WHO, which, despite being «great», are the same as those made before the pandemic, when we did not have to stay at home. In the image, Ciutat Vella, the old town of Valencia, empty. / Photo: Pixabay

Over the past few weeks, confinement has changed the population’s routines. But to what extent have our lifestyles changed? Has our lifestyle improved or worsened after the confinement period? What impact can these changes have on people’s health? Vicent Balanzá Martínez, Professor of Psychiatry at the University of Valencia and member of the Mental Health Networking Biomedical Research Centre (CIBERSAM), together with Professor Raquel de Boni, from the Oswaldo Cruz Foundation (FIOCRUZ) in Brazil, and Professor Flavio Kapczinski from McMaster University in Canada, have asked themselves this question and have launched an international study on healthy living during the COVID-19 lockdown, with the aim of observing and collecting information on citizens’ habits during the state of alarm. «We think that this information could be a starting point for finding out what citizens have done during confinement and to be able to plan for the aftermath in the best possible way», says the psychiatrist. This is the first worldwide study on this subject, and it has been carried out with virtual surveys in Spain and Brazil.

Balanzá and his team have designed an open questionnaire that was available to the population from 15 April to 15 May. The work tries to analyse people’s habits during the time of confinement in relation to what is considered to be healthy living. As the psychiatrist explains, this project has been carried out with a comprehensive approach to lifestyle behaviours, which until now have been little studied in the scientific field, usually in isolation. «The knowledge that this study can offer can be a key utility for citizens, for science, and for health authorities, because it can provide us with insight into what citizens are doing during this confinement, which we do not know at the moment», explains Balanzá. The expert, who believes that this crisis could be an opportunity to advance scientific knowledge, stresses that his objective is to be assess health recommendations endorsed by the World Health Organisation, which, despite being «great», are the same as those made before the pandemic, when we did not have to stay at home.

«We are expecting another pandemic to emerge, related to non-infectious diseases such as diabetes, obesity, and depression»
(Vicent Balanzá)

The results of the study may be key for society because, as the author explains, they may be useful to improve future health recommendations. Furthermore, the expert assures that public health promotion and prevention of illnesses related to daily habits must be planned. As he explains, we are facing another pandemic, one related to lifestyle: «After the infectious pandemic produced by COVID-19, we are expecting another one to emerge in our society, related to non-infectious diseases such as diabetes, obesity, the metabolic syndrome, cardiovascular diseases, and depression. These affect the world’s population and, to a large extent, Western countries», he explains. According to forecasts, this non-infectious pandemic, which is related to unhealthy lifestyles, will increase its incidence over the coming months, and Balanzá and his team are therefore studying the links between confinement and the deterioration of people’s lifestyle behaviours. In this way, we might be able to fine-tune health recommendations and reduce the risk of an increase in non-infectious diseases in the face of future pandemics and periods of confinement.

«Before the coronavirus we already had other very important public health problems caused by non-infectious diseases. These have a high incidence in Western societies and represent a large healthcare expenditure. And lifestyle behaviours have something to do with it. If not causally, they at least influence its evolution. Thus, if individuals take care of their lifestyle, they will have a better chance of improving, even surviving, when it comes to some of these diseases», says the psychiatrist. Therefore, Balanzá explains that living a healthy life reduces all-cause mortality, increasing survival and life expectancy. Therefore, if during this pandemic and the resulting confinement healthy lifestyle behaviours change for the worse, as expected in the study’s hypothesis, the other pandemic will also worsen. «That is why we consider the information obtained from the study to be so important», says Balanzá, indicating that the results will be available to the health authorities so that they can improve their recommendations to the public and increase scientific knowledge of citizens’ habits.

A particularity of the study is the two-way nature of the survey. Unlike other surveys, each time a block of questions is completed, a series of health recommendations are offered that act as a brief self-assessment. On the other hand, the system used does not store any type of personal information about the respondents, not even their IP address. In addition, Balanzá and his team treat lifestylehaviours in a comprehensive manner, incorporating new elements related to healthy living, such as exposure to screens or contact with nature, which are not contemplated within the classic concept of «nutrition, physical activity, and rest» which is traditionally identified with healthy living.

The first changes during confinement

The survey offers four response options to indicate the degree to which the population’s habits have changed: totally, moderately, slightly, or not at all. As Vicent Balanzá explains, with this information it is possible to sense changes at the moment but it is not possible to determine whether they have been for the better or for the worse. Even so, he does state that the lifestyle of the surveyed population is changing. With the final results of the study it will be possible to calculate a greater or lesser degree of adherence to what is considered a healthy lifestyle, according to the professor.

During the first ten days of the survey, between 15 and 24 April, 1,546 Spanish citizens participated, most of whom were women. In addition, the study was supported by footballers such as Carlos Soler and Jaume Costa, from Valencia Club de Futbol, and Toni Lato, from Club Atlético Osasuna. In this initial phase, the results indicate that 70 % of the participants claim to have substantially changed (totally or moderately) their physical activity routines during confinement. In terms of emotional management, 34 % of the respondents said that they had substantially changed their stress management strategies. Consumption of harmful substances such as alcohol and tobacco is the least changed area during confinement according to respondents, with only 9.6 % of respondents reporting changes. Even so, as the professor explains, it is important to stress that for the moment we are analysing whether or not there have been changes, and later on we will see in which direction.

The incorporation of screen time into healthy living habits

As Balanzá explains, the biggest change observed is related to the time spent in and outside the home. In this case, 94 % of the answers indicate substantial changes. The professor states that this data may be related to an increase in the time of exposure to digital devices over the last few months, due to the very nature of confinement.

«Screens emit blue light, which enters the brain, inhibits melatonin, and delays sleep, so it is recommended to avoid the use of devices before going to sleep»
(Vicent Balanzá)

«The downside of using screened devices is that they have been observed to interfere with sleep, because they emit blue light, which enters the brain, inhibits melatonin, and delays sleep, so it is recommended to avoid the use of devices during the two hours before going to sleep. On the other hand, technologies, just like other stimulants like alcohol, sex, or shopping, can be a source of pleasure or become an addiction, depending on the use we make of them». At the same time he stresses that the current situation is a «double-edged sword», i.e., on the one hand it is possible that overexposure to new technologies, especially to content that triggers concern such as fake news, may contribute to an increase in stress, fear, or uncertainty among the population. But, on the other hand, correct and moderate use of new technologies can help to maintain communication in times of confinement.

«We must maintain physical distance, not social distance», says Balanzá. The psychiatrist believes that being connected through networks during times of isolation is a tool to strengthen social support. «We have published an editorial in the journal Acta Psychiatrica Scandinavica, called ‘Lifestyle behaviours during the COVID‐19 – time to connect’, discussing the importance of strengthening personal ties through technological devices as a stress management method», he says. According to the professor, chats and phone or video calls offer an opportunity to maintain social life at a time when it is not advisable to have physical contact with the people around us. «Confinement can be a time to think about our lives, needs, or goals, but it can also help us ‘reconnect’ socially», says Vicent Balanzá. In any case, according to the expert, virtual relationships do not replace physical ones, but can bring us closer to the people we love during this situation that was «inconceivable» months ago.