Why Do Wolves Howl at the Full Moon? 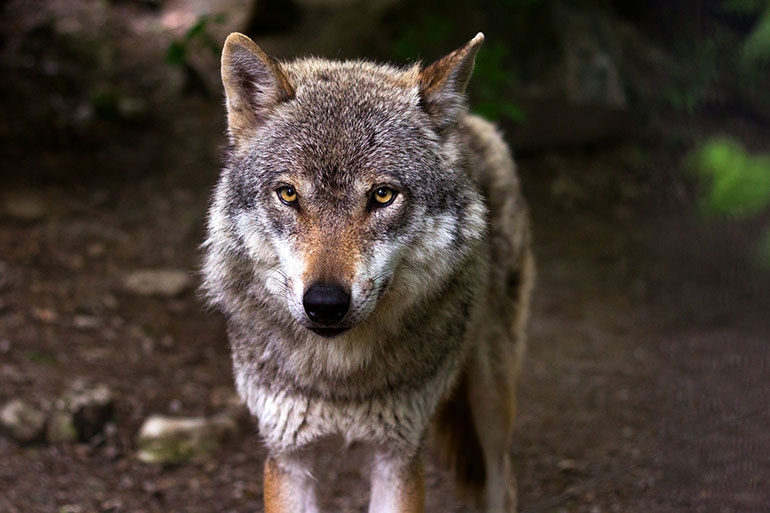 One of the most striking wolf behaviours is howling. Through howling, wolves can reach and communicate from several miles of distance. Howls may contain information regarding the individual identity of the sender, its emotional state, and can play an important role in keeping the territory, in narrowing social ties, in gathering the wolf pack together as well as in mating.

Just like everything involving wolves, howling has always been a source for all kinds of myths and legends. Probably the idea that wolves howl at the moon springs from to the position wolves take while howling: craning their heads and looking skyward. However, this position has nothing to do with a special relationship between wolves and the moon. Rather, it is what causes howling to have a specific acoustic structure and to be efficiently transmitted through the environment. Howls are the result of the vibration of the vocal cords, due to an air stream coming from the lungs. Once the air passes through the larynx it is filtered into the cavities of the vocal tract. Depending on variables such as the length of the vocal cords and the shape of the cavities of the vocal tract, some frequencies are stronger and the phonetic quality of sound is defined.

It is also said that wolves howl particularly when there is a full moon. Some studies show that this is not true. If a wolf needs to contact other individuals or maybe needs to know their location, it will howl regardless of the full moon. What does affect howling is wind strength. Wolves howl more when the wind is calm, fact that encourages sound transmission. It is true that there are seasons and moments during the day in which the voice activity of wolves is greater: during the mating season in autumn, and at the start and end of the day, when conditions favour the transmission of sound.

Vicente Palacios. Biologist and PhD student at the Cavanilles Institute for Biodiversity and Evolutionary Biology, University of Valencia.