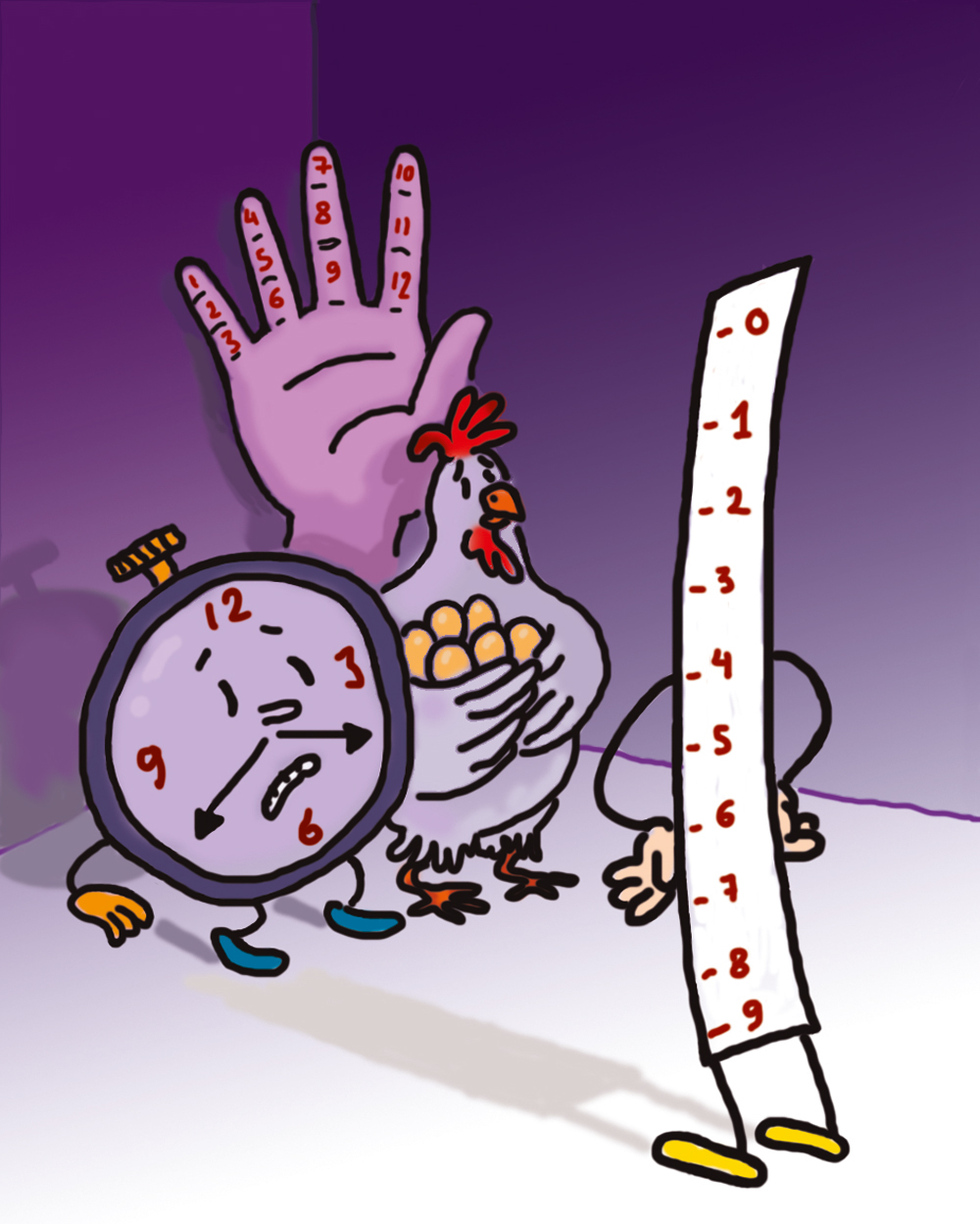 When we were little, we knew the following by heart: A metre is the distance between two lines marked on a bar of platinum and iridium kept in the Museum of Weights and Measures of Paris.» And we added: «It is equivalent to one ten-millionth of the length of a quadrant along the Earth’s meridian.» The second definition seemed whimsical; the first, picturesque. And they were, to some extent. They responded to the need to unambiguously fix the conventional measurement unit. All of them are conventional, actually. So there needs to be a way to fix them materially.

All of this started due to the normalising needs of the early industrial society. Until the nineteenth century, measurement systems were countless and imprecise. So the will of many was gathered around the adoption of a decimal metric system, a trascendental decision, trivialised every day by the absolute routine nature with which we use it. The idea, born French enlightened rationalism, was based on an «objective» length, a round fraction of the meridian. In 1791, the Académie des Sciences in Paris established the famous definition of the ten-millionth, for whose exact measurement they had to empirically establish the length of the Paris meridian, calculated by approximation en several prior occasions. Thin involved measuring, through successive triangulations, the arc of the meridian between Dunkirk and Barcelona. The task was carried out with great difficulty between 1792 and 1798.

The metre, its multiples and decimal submultiples cornered the cumbersome use of sexagesimal systems, still valid until then (and used in clocks and goniometers, by the way, or for egg counting, as they come by the dozen). The system also included surface, volume and weight measurements, always with the metre, its fractions and superunits as reference. It was established on 22 June 1799. Antoine-Laurent de Lavoisier even said that the invention of the decimal metric system was the greatest and most sublime task made by human hands.

In 1875, seventeen countries signed the Convention du Mètre in Paris, which marked the origin of the Bureau International des Poids et Mesures. This organism created the famous platinum-iridium bar, almost indifferent to thermal expansion and contraction, which served as the reference from 1889 to 1960. In 1960, the decimal metric system was perfected and transformed into the International System of Units, in order to respond to the new magnitudes required by new techno-scientific knowledge. The new definition of metre lost its charm, but increased in precision: it is the the distance travelled by light in a vacuum in 1/299.792.458 seconds.

«The metre, its multiples and decimal submultiples cornered the cumbersome use of sexagesimal systems»

I find this blend of precision and arbitrariness interesting. Resorting to the almost infinitesimal time that light needs to measure a gross distance invented in the eighteenth century is, indeed, paradoxical at least. Should we enter the fine-tuning spirit, we must remember that meridians change depending on planetary alterations, so we fine-tune up to 1/299.792.458 seconds in the measurement between the famous lines in the platinum bar because the ten-millionth parts of current or past meridians are all different. That is to say, the current metre is equal to itself because we refer to a bizarre time fraction, identical to the measurement of a thing whose completely accurate measure is known by no one.

This is something to reflect upon. Knowledge advances through reformulations and assuming its own contradictions and paradoxes. We can digest these limitations and incoherences only thanks to great doses of humility. When we pay lip service to the 1/299.792.458 seconds, we should remember the feet of clay upon which we build everything.