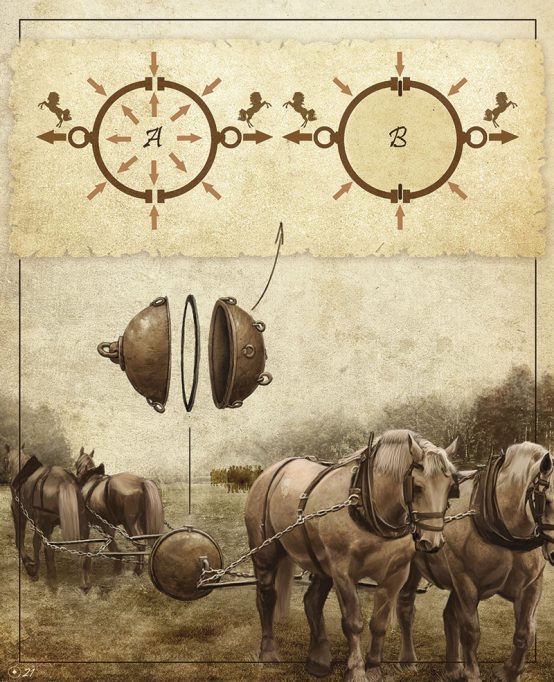 I remember my first days at a foreign experimental research centre. The exuberance of instrumentation, ubiquitous technical support staff, female researchers with Allen keys in hand… And my shock at the vacuum. The pumping chain with the rotary pumps, the turbomolecular and ultra-vacuum pumps to achieve minuscule pressures, millions of times lower than that of the atmosphere, inside o-ring-connected chambers and tubes. One can spend an entire career solving exercises in which «we will assume that we are in a vacuum», and still fail to imagine that it will take hours or days to find that particular gasket or screw that is letting in some air and bringing the experiment to a standstill.

It all began around 1650 with Otto von Guericke: with his invention of the vacuum pump and the experiments whereby he established the force required to open a sort of pot from which he had extracted almost all the air. The famous public demonstration in Magdeburg, reproduced in a famous engraving, was one of the first great scientific demonstrations. He joined two bronze hemispheres of about 50 cm in diameter, created a vacuum within, and even four pairs of horses pulling in opposite directions on each side failed to separate them. Two original hemispheres are still on display, almost as relics, in the Deutsches Museum in Munich. Hundreds of hemispheres with handles were (and still are) in circulation in academies and scientific halls, universities, and educational establishments, so that two people could try to separate them. They can be seen in the famous canvas by Joseph Wright of Derby, which reproduces questionable «experiments with a bird in an air pump», still fashionable in the 18th century. The echo of von Guericke’s experiment has almost reached our days, even as a commercial logo: that of a famous brand of jeans whose seams, like those hemispheres, cannot be pulled apart, even if you were to use several horses.

And no wonder. Von Guericke, former mayor of Magdeburg, proved that creating a vacuum was possible. He already suspected that there must be no air in the space between planets: their constant revolutions were an indication of the absence of friction. And he helped to banish from nature the presumed horror vacui. As Torricelli said, we live at the bottom of an ocean of air pressing in all directions. As much as 1 kilogram of weight per square centimetre (the surface of my thumb). The air inside and outside the sphere exerts the same force on its surfaces, but in opposite directions: they compensate for each other and nothing prevents the hemispheres from separating. But when they are brought together and the air inside is extracted, only the force of the air outside acts: that is precisely the force (1 kgf / cm2) that we have to apply to pull them apart. We reproduce Otto von Guericke’s experiment every time we hang a towel on a suction hook attached to the wall.

Years after my first experiences with vacuum, in 2003, I attended a demonstration of the Magdeburg hemispheres at the Spanish National Museum of Science and Technology of Catalonia. The excitement of the audience gathered in the courtyard was palpable, as actors in period costume hitched the sphere between the harnesses of four horses per side. But alas, every era has its own problems to contend with. In the 17th century, it was difficult to achieve and maintain a partial vacuum (overcoming this problem earned Otto Guericke the «von» in his surname). In the 21st century, the challenge is to achieve an ultra-vacuum in the laboratory such as he could never have dreamed of. And also to find workhorses capable of starting to pull at the same time and in opposite directions on a cobblestone floor.

a) Place a ruler about 40 cm long on a table, leaving 15 cm outside the edge to form a sort of trampoline. Rest a book on that end: the book and the ruler will fall off. Now cover the supported part of the ruler with a sheet of newspaper, flattening it well, and repeat: the book will fall off, but what will happen to the ruler?

b) Attach a plastic water bottle tightly to the vacuum cleaner tube. Turn it on for a few seconds. What happens?

c) Attach two suction cup wall hooks made of flexible material to each other. Hold one of the hooks (with thread and nails, by hand…) and hang things from the other (a sack of potatoes, for example). Can you separate them? Try pulling in opposite directions with both hands. If the radius of the suction cups is 2 cm, their circular area will be almost 13 cm2, so it will take a force of about 12 kgf ≈ 120 Newton to pull them apart (there is always some air left inside). 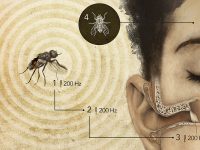