At this point it would be banal to say that mental health is one of the most influential and contested aspects of modernity. The world of mental illness is rife with enemies. For many, it is related to a constitutional weakness inherent to subhuman beings. The fragility of the will. Others see it as indecipherable and elevate it to the pinnacle of genius, of deity. And there are those who prejudge, who criminalise it. To put it another way, mental illness is often accompanied by controversy; on the one hand, by the age-old stigma or rejection of «the madman», and on the other hand, by the denial of madness as an illness and the indiscriminate accusation against families. But, also, the controversy over reducing people’s suffering from schizophrenia or bipolar disorder to a coming and going of atoms. These disputes are perplexing and often get in the way of understanding complex realities.

For 75 years, like a metronome, the World Health Organisation has set the pace for health and encouraged us to achieve «happiness, harmonious relations and security of all peoples». Over this time, the nine basic principles of the Constitution of the World Health Organization have been interpreted with hyperbolic successes and failures. The first principle states that «health is a state of complete physical, mental and social well-being and not merely the absence of disease or infirmity», and arrogantly warns us that there is no health without mental health.

The thorns of the coronavirus, but also other collective traumas such as the Great Recession, the climate emergency, and political and institutional instability, have stripped society bare, undressed it to show the current collapse. Sustained and cumulative exposure to such hardship has an impact on health and wellbeing. For example, we are now all susceptible to becoming the depressed, the addict, the heavy drinker, or the anxious person. But the number of losses, the breakdowns of the mentally ill, or new cases during the pandemic are all reminders of global vulnerability. They invoke the miracle of survival. Many people are overcoming these collective traumas, «vaccinated» against the anguish of new negative experiences. For some people, experiencing certain hardships teaches them to acquire more useful coping skills, helps them to seek or create and use effective support systems and networks. To achieve a genuine sense of security. Recognising these personal and collective resources can promote resilience when one encounters the next difficult episode in life.

While citizens have amply demonstrated their maturity in dealing with all kinds of events, setting up a citizens’ convention on mental health in the Valencian Community can only reinforce it. This is a deliberative process that evokes the current efforts in favour of citizen participation in science, as well as in other fields. For this convention, currently under development, the invitation is extended not to patients or their relatives, nor to experts, influential, or powerful people, but to the citizens as a whole, chosen through a civic lottery among individuals over the age of fifteen. Among other things, it takes into account parity between women and men, their rural-urban background, and their socio-economic level. The seventy members of the convention, informed by experts offering diverse visions, will try to provide a joint response, through dialogue and debate, to the question: how would you deal with mental health, drug addiction, and addictive behaviour? There will also be a panel of experts and a monitoring committee to supervise the process, made up of representatives of the parliamentary groups in the regional government, associations of patients and their families, social agents (unions and employers) and professional associations and societies. Although the deliberative design and the civic lottery are based on a methodology validated by the Organisation for Economic Co-operation and Development, this is the first time it has been set up to deliberate on the mental health of five million people. The convention will definitely affect opinions, prejudices, fantasies, and misinformation regarding mental health and addictions.

Psychiatrist and psychotherapist, Full Professor of Psychiatry at the University of Valencia (Spain) and senior researcher at CIBERSAM – ISCIII and INCLIVA. He is also a commissioner of the Presidency of the Valencian Regional Government for the Valencian Action Plan for Mental Health, Drug Addiction and Addictive Behaviours, in the context of the COVID-19 pandemic. 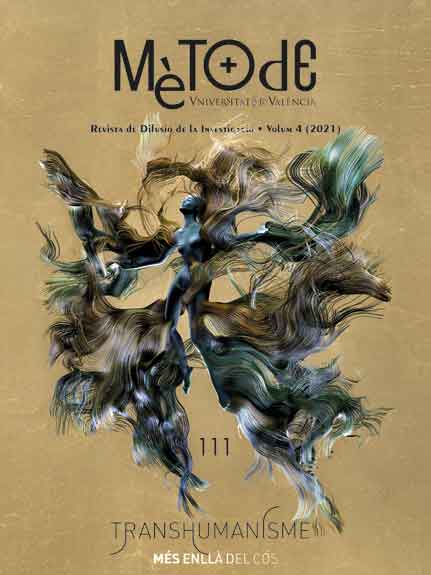