The road to real equality

The presence of women in academia 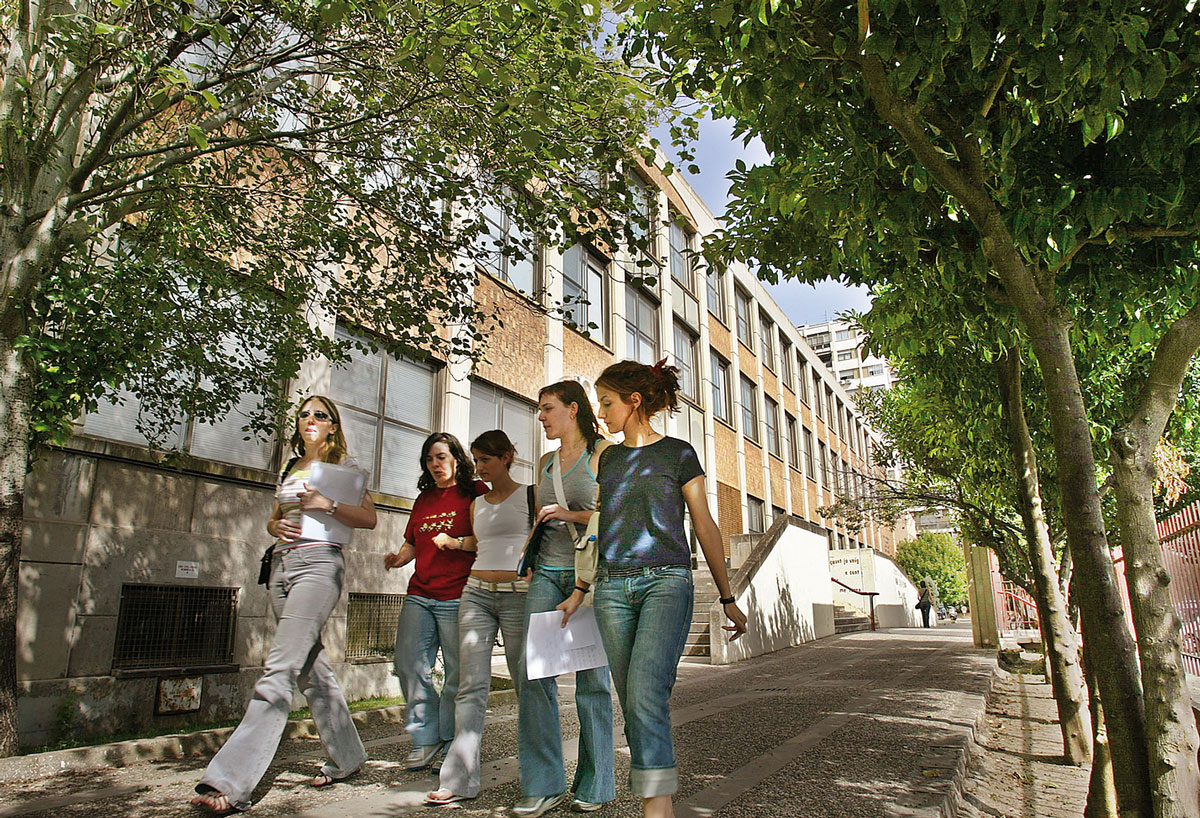 ABSTRACT
The position held by women in scientific fields has greatly improved in recent years, above all in the last decade with the adoption of gender equality policies. However, although there are ever increasing numbers of women in academia, there is clearly still some way to go.

The current situation is the result of our history, which helps us put this reality into perspective. Statistical studies show how increasing numbers of women are entering university. Beyond the academic careers thought «befitting for women», nowadays women are to be found in other areas, like engineering, although their presence in this field continues to be a minority (CSIC, 2011-2012).

Taking a historical perspective helps us identify the milestones in this progressive increase in the number of women at university. Taking the nineteen forties as the starting point, in Spain the number of women attending university then, represented about 10% of all university students. By 1970 this figure had risen to 28% and just five years later it reached 37%. By 2004 out of the total number of university students, the percentage of women exceeded 54% (INE, 2011). With respect to medicine, the percentage of female students has now reached two thirds, and in some schools, such as the University of Valencia’s School of Medicine, they represent 70%.

The other side of the coin

True to say, the number of graduates is large; however, the number of women leaving the academic career is equally large and, thus, women stand less chance of becoming university professors. It is therefore necessary to take another look at the facts outlined above when we see that women occupy only 12% to 15% of senior positions and only 4% to 5% are full professors or directors of research centres. These simple facts force us to reflect on the reasons underlying this situation.

For over thirty years, data analysis has shown that on finishing their degree many women abandon their academic careers. In the 1980’s, of every ten post-graduate students and PhD candidates only four are women, while women lecturers represent only one quarter. To crown this, regarding the most prestigious and powerful positions at university, full professorships or university chairs are held by just one woman for every nine men. 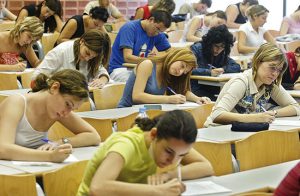 The presence of women in roles of leadership does not correspond to the number of women at university. Indeed, women are clearly excluded from leadership positions. For example, in the case of public research organisations (PROs), of the six corresponding to the Ministry of Education and Science in Spain, none is directed by a woman. Furthermore, the number of vice-chancellors is anecdotal, and the same situation is found in the case of women in the Royal Academies (Salas, 2011).

The fundamental issue is that there is still an important difference between the number of women and men holding decision-making positions in higher education and research (Russell, 2003). Gender equality has not yet become a quality criterion and educational programmes are still pending review to eradicate gender bias.

«Beyond the academic careers thought “befitting for women”, nowadays women are to be found in other areas like engineering, although their presence in this field continues to be a minority»

The low number of positions held by women can be explained by cultural reasons alone, given there are now many women academically prepared to fill these senior positions. This fact is worrying in itself. But even more so is the fact that society sees it as normal.

Of greater concern is the fact that –in general– it is women themselves who have internalised it and accepted it as such. The fact that women accept the social role assigned to them by a patriarchal society (they cannot fully devote themselves to their profession, including scientific research, or hold senior positions of responsibility) perpetuates this intolerable discrimination. 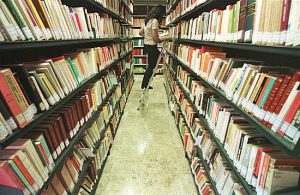 It is true to say that progress has been made in the political arena, leading to regulatory changes. And we must indeed recognise the large legislative effort made to overcome discrimination (FECYT, 2007; Quintanilla, 2008; Salas, 2011). A chronological review of recent years may be of interest to highlight the major changes in this area.

On March 4, 2005, the Ministerial Council adopted 54 measures to promote gender equality on the premise that historical discrimination against women had not been eradicated and still underlies severe inequalities between men and women.

Three years later, on March 22, 2007, the Organic Law for the effective equality of women and men was approved, aiming to promote effective gender equality. Indeed, this law was to include article 25 which specifically dealt with equality in the field of higher education.

«Beyond the personal, not only does clear inequality of opportunity still exist, but there is also a need for women to become fully aware of it»

In the same year, and of great interest to women working in science, the Universities Act was reformed. It is encouraging to read the introduction as follows: «Today’s society faces the challenge of achieving a tolerant and egalitarian society, in which fundamental rights and freedoms are respected as too equality between men and women, which must reach, without doubt, the university […] by establishing systems that achieve parity in representative bodies and greater participation of women in research groups. Public authorities should remove all obstacles that prevent women from achieving positions in the governing bodies of universities and the higher levels of public teaching and research, in accordance with the percentage they represent among university graduates. […] This reform also contemplates the creation of specific gender equality programmes […]».

Unfortunately, however, this legislative effort has had little impact in the academic arena. 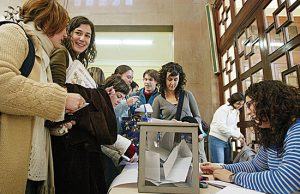 Ongoing discrimination of women in academic and scientific fields

Thus we have seen that there is no denying that progress has been made; however, there remains a culture that puts up resistance and rejects features that do not conform to traditional values. It must be clearly stated that traditional values ​​are not neutral when it comes to equality.

Numerous publications (Guil, 2006; FECYT, 2008; Alcalá, 2006; CSIC, 2011-2012) have shown there are no statistically significant differences in scientific production between men and women of the same professional standing, therefore any hierarchical discrimination is unjustified in a system governed by professional and academic merit.

The aforementioned studies also highlight that the rate at which the number of women in professional teaching and research categories increases, does not correspond with the number of graduates and PhD holders, corroborating what is ultimately a generalised perception.

«There are no statistically significant differences in scientific production between men and women of the same professional standing, therefore any hierarchical discrimination is unjustified in a system governed by professional and academic merit»

All these studies condemn this situation as a scourge we must overcome. They also indicate that to do so, the responsibility rests on society as a whole and not just on women, although the situation demands women, specifically, to work constantly and tirelessly to overcome it definitively.

Based on the above we can but conclude that there are significant differences between the number of men and women appointed to the most senior positions, of higher professional status and greater decision-making power, and that such differences are due to reasons of gender and not merit.

Generally speaking, motherhood clearly affects women workers. I would personally like to stress that, likewise, it affects women who wish to engage in the world of science or teaching and research.

The criterion is clear: it must be made easier for those women who choose to perform their reproductive function and be mothers and professionals at the same time, without adding to the existing obstacles faced by any woman. To do so calls for the strengthening of measures that help couples share parenthood together and, by doing do, avoiding that motherhood –rather than being a right and a social need– becomes one more excuse impeding the desirable and full development of women wishing to follow their scientific vocation (Ariza, 2010). But evaluation criterion, however farsighted and successful it may be, does not
–by itself– bring about change. 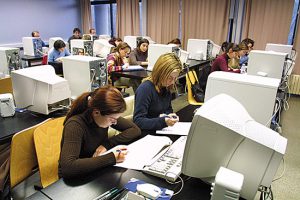 The issues to be resolved if we are to enter a dynamic of overcoming the «women and science» conflict (which is actually one more perspective of gender conflicts) have been clearly defined for over two decades. But defining them is not enough; they must be translated effectively to the socialisation process. In the specific case of «women and science», they must be accepted by the scientific community and conveyed by public institutions and governing bodies through explicit decisions.

Noticeably, the Spanish scientific community is showing a growing concern over the problem; however, concern alone does not help and it is imperative to take proportionate and appropriate measures to overcome the problem.

«It must be made easier for those women who choose to perform their reproductive function and be mothers and professionals at the same time, without adding to the existing obstacles faced by any woman»

In failing to do so, we relinquish promoting the equitable presence of women in all areas and levels of research and university teaching. This, in turn, means excluding from the productive workforce a significant number of qualified people, who could otherwise contribute to improving the efficiency and productivity of Spain’s science and technology system (Alcón et al., 2012; Arrizabalaga and Valls-Llobet, 2005).

In my personal experience, I must admit that sometimes it is we women ourselves who fail to see the discrimination we suffer because we have subconsciously internalised the role society assigns us, accepting the limitations and extra effort imposed.

When, on occasion, I have been asked about my personal views on gender discrimination during my academic career, my answers may have understated its causes and effects. However, now I think perhaps I did not properly appreciate the great effort I had to make or the price I had to pay for being a woman, in my own particular case, or in the case of others (Ariza, 2010; Lluch, 2007 and 2009).

To manage to attain the highest teaching positions or research posts, as women we still have to redouble our efforts, show greater worth, which is presupposed for men, and also to enjoy an extraordinary family environment conducive to this promotion. 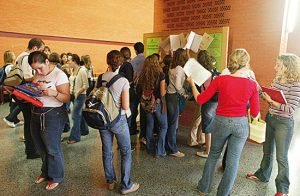 The broader vision of this issue, provided by statistical studies, leads me to the following conclusion: beyond the personal, not only does clear inequality of opportunity still exist, but there is also a need for women to become fully aware of this and to work steadily and tirelessly in all areas to overcome it. However, women’s awareness is not enough. At the same time, it is imperative for society to enable all resources promoting the socialisation needed to bring about change.

To achieve this, it is essential to incorporate gender mainstreaming in all areas of public policy, as recommended by the European Union, thereby implementing the relevant laws passed in each country, so that the measures taken in general or in a specific sector have a real impact and are not merely rhetorical. 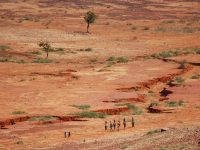 HOW TO CITE THIS ARTICLE:
Lluch Hernández, A. (2014). The road to real equality. The presence of women in academia. Mètode Science Studies Journal, 4.
We use cookies on our website to give you the most relevant experience by remembering your preferences and repeat visits. By clicking “Accept All”, you consent to the use of ALL the cookies. However, you may visit "Cookie Settings" to provide a controlled consent. Read more
Cookie SettingsRejectAccept All
Manage consent