Physicist and astronomer. Director of 'Leonardo' 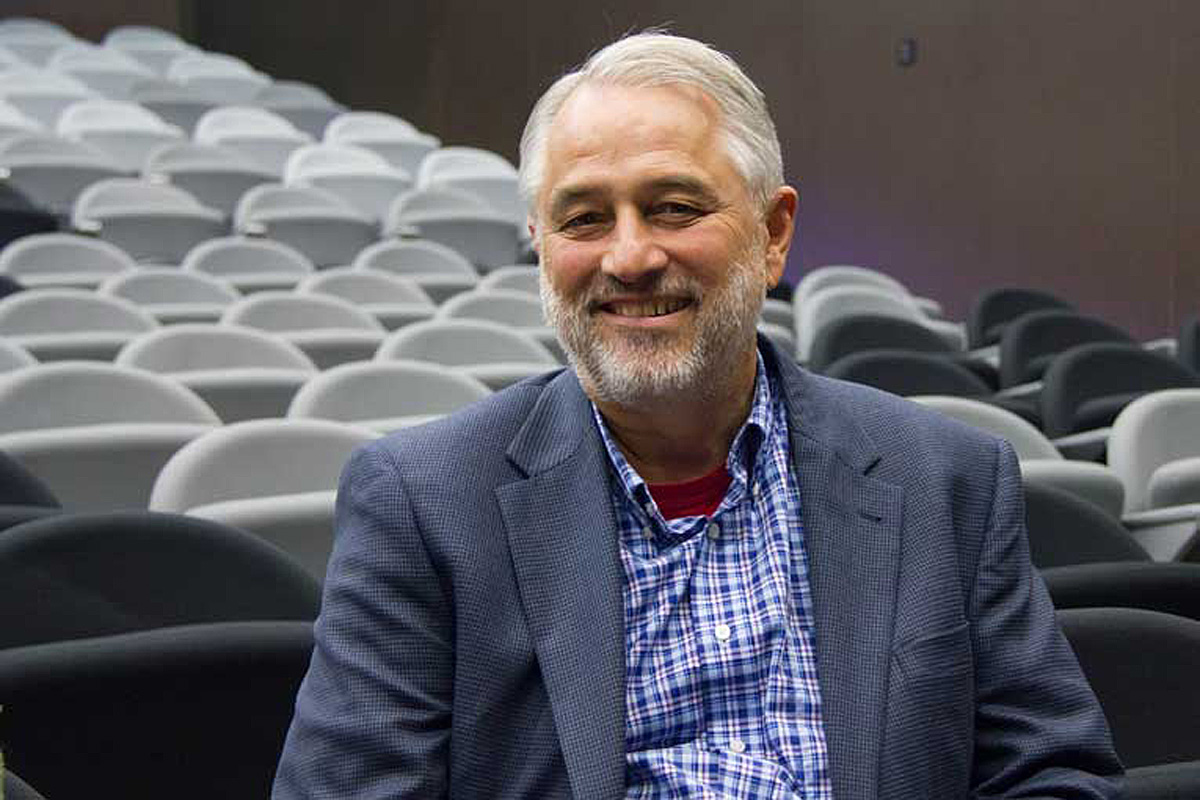 Roger Malina receives us smiling and cooperative in the Alfons Roig auditorium of the Arts School of the Universitat Politècnica de Valencia. It is the third and last day of the conference «ASC: Art, Science, City», with the participation of prominent researchers, scientists and artists. Our interviewee, Roger Malina, stands out among them. According to Moisés Mañas, Publicity and Social Media Chair of the conference, Malina is «one of the most important speakers in the seminar. Apart from working as a physicist and astronomer, he directs Leonardo, a confluence space for science and humanities that embodies the values of the «ASC» initiative.

Why is it so important to combine art and technological or scientific knowledge?
I think there are some problems now where there is no other way to find a solution. It is not just a nice thing to do, it is the only way to solve certain problems.

Which problems?
We have to change our society because of the climate change, so we have to live differently. That is cultural change, but we need scientific knowledge also.

Then, is art a means to raise awareness of scientific and technological development?
I think it is more complicated than that. I call it «cultural appropriation». Knowledge has to be translated, converted, maybe recontextualized, so it is not just a matter of awareness, but also of interiorizing it. Just as you interiorize your personal relations and that, then, helps you live, the art helps also to interiorize knowledge.

«Knowledge has to be translated, converted, maybe recontextualized, so it is not just a matter of awareness, but also of interiorizing it»

What is the role of medialabs in this interconnection?
One of the things that I think is very interesting at the moment is that there are very many different places now where innovative work happens: hacker macro-spaces, what I call incubators, medialabs… many of these are not in universities but in artist groups, citizen’s science groups, and it is a very fluid organization. Many of these groups are socially engaged, because you must engage with problems in society also, and sometimes universities are not a good place to do that.

Could you quote a good example of an interdisciplinary work mixing art, science and technology?
There is a very interesting artist called Brandon Ballangee. He worked with a scientist who is a biologist, because they discovered that many frogs are born with malformed bodies and nobody knew whether it was chemical pollution that was damaging the frogs or it was a genetic problem, so the artist and the scientist worked together on the project and they discovered what the reason was. The artist was making artwork and the scientist was doing science, but together they understood the problem of why so many frogs today were being born with malformations. There is a good example [of how art and science can work together].

And, on the other hand, what does art mean to your personal research?
Two years ago I started a new career, I am now an art-science researcher and I work in a group that is a mixture of scientists, artists and musicians. We are working together and for me it is very interesting, as someone who has mostly been working in science, to think about how all the things I am doing make sense: the humanistic part, but also what I call «intimate knowledge». Sometimes science is very abstract but it can also be very meaningful personally.

«In our society we are very badly organized: artists in art schools, scientists in science schools… and it is very difficult to work together»

You direct Leonardo, as well as the Leonardo International Society for the Arts, Sciences and Technology organization. Could you explain the goals or tasks of these entities?
This organization was started almost fifty years ago, in 1967. It was started by my father, so this is something that, when he died, I begun to do. In our society we are very badly organized: artists in art schools, scientists in science schools… and it is very difficult to work together. The mission of the Leonardo organization and the publications is to help artists and scientists who want to work together to find each other and also to write about what they are doing. Over fifty years, we have maybe published 15,000 different artists and scientists, it is a very big community of people. 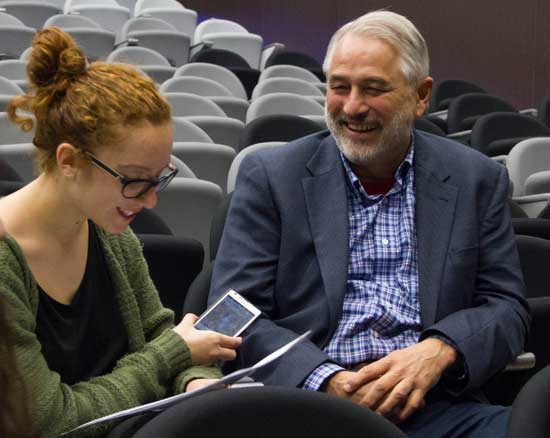 Why do you think artists and scientists don’t have, in general, a good relationship when they work together?
I think part of the problem is the way we organize society. When you are six years old, everything fits together: you paint, you study things, you play… but somehow, as you go through life, they separate the things. Later, in secondary school often you decide whether you are going to be an artist or you are going to be a scientist, and suddenly it is a divorce. In universities it is worse, you have the artists in one building and the scientists in a different building. I think the problem is just the way we organize our institutions because many people have what I call «hybrid interest»: when you are seven you are interested in frogs but you are also interested in music. In some aspects it is a good thing, because when I go to the dentist, I want a really good dentist and I want a specialist. For some things, you want a specialist, but other things you want people that maybe have two or three different talents, and that is not everybody, so one has to be careful not to generalize.

You were a member of the jury in the latest VIDA awards, which support artistic research of artificial life. Again, could you explain the relationship between art and artificial intelligence?
One of the interesting things that have been happening in the last 50 years maybe is that we have begun to understand life very differently. In biology we can now study the human gene and we can study people’s genetics. We have a different understanding about how people are different from each other and how they are the same from each other, and one of the interesting things is that artists, who often are dealing with life, painting life, performing life, they get very interested in the different definitions of life. We are beginning to see computers that have behaviors. In Japan now they make robots that will clean your house for you or do the dishes. We are beginning to see forms of computers that can work together with human beings in different ways. They are not living, because if you pull the plug, they die [laughs]. For example, my cellphone now knows me very well. Google says: «You have just read this book, maybe you would like to read that book, because your friends did this». In artificial life, we now have other ideas about living things, so the VIDA competition was very important because it recognized artists who were working with the idea of life, either in biology or in computers, and that is a very interesting development in the last fifty years.

«Collaboration is difficult, but I think there are ways to train people to think about it, at least, to have useful fighting and not destructive fighting»

What is your next project?
I am working with a group of people on a theory of collaboration and training and collaboration, and also on an Internet project called Creative Disturbance, a space to gather different disciplines and different definitions of life. I am 65 years old and I am working with students who are twenty years old. We are in very different points in our life and we get pleasure and satisfaction from different things. The twenty-year-old student is in the beginning of their career and I am in the middle of my career and understanding the different motivations that people have is very interesting. In my group, we have men and women, and it is interesting to see how men and women collaborate when they are in a difficult situation and they have different ways of working. In the group that I am in there is an Indian student, an African student… How do you work across culture? How do you collaborate when you are working with people that have a very different background? Collaboration is difficult, but I think there are ways to train people to think about it, at least, to have useful fighting and not destructive fighting.

Student of Journalism at the University of Valencia.