Christa Sommerer: «I think even the arts are becoming more scientific» 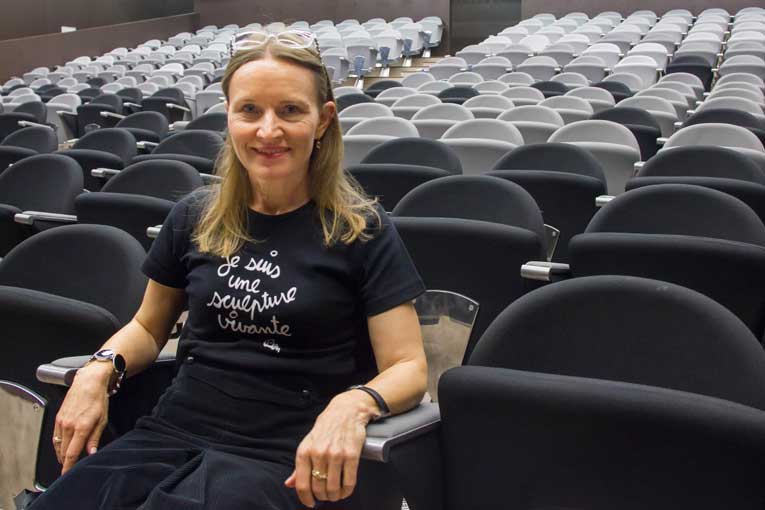 Christa Sommerer is an internationally recognised artist, pioneer in the creation of interactive installations, as well as in the development of artificial life systems applied to art. The transversality of her works comes with her career, from her training as a biologist and botanist to her artistic education and modern sculpture.

«The inspiration for my works can also come from scientific fields, such as nanotechnology or artificial life or generative aspects in science»

She has co-edited books about both disciplines, art and science; she received several awards and is a professor at the University of Arts and Industrial Design Linz, in Austria. Game-changing exhibitions all around the world vouch for her vocation to bridge interdisciplinary gaps.

On the occasion of the seconf international conference «ASC: Art, Science, City», held in Valencia on 22 and 23 October 2015, we interviewed Christa Sommerer. We talked about the confluence of disciplines and the particular approach to each of her works.

What is the connection between art, biology and computer science?
For me, there is a very personal connection, but there is a connection in the interest of underlying structures and process studies.
Where do you find inspiration for your works?
Recently, more in art history, going back to different examples of Dadaist artists, Fluxus artists, or movements such as Gutai, or different kind of art historical developments where artists were interested in involving the audiences into the artwork. This is recently, but the inspiration can also come from more scientific fields, such as nanotechnology or artificial life or generative aspects in science. There can be many wide areas that we are interested in, but our final purpose is always to compress this into an art work, by translating some principles from other fields into art works.

Do you think the technological boom of social networks changed art’s essence?
I think nowadays people are becoming more free and independent of technology and going back to more, maybe, artistic messages, because technology is already available everywhere and you do not have to develop it yourself, so it becomes easier to use it. And, of course, now in social media we have a lot of communication going on between people in online platforms, and this can be very useful for artist. Things like Internet art, or art works that involve some kind of participation over the network but also on site. I think there is a big potential and we see a lot of examples now.

Your work has been described as «living systems», looking for a natural interaction with the virtual world.
Art works are like an open process where the user or the participants input their participation. Our system captures this interaction to some degree and translates it into an artistic outcome, and this translation happens through internal algorithms that we designed, so the artwork is never fixed, it is always changing. 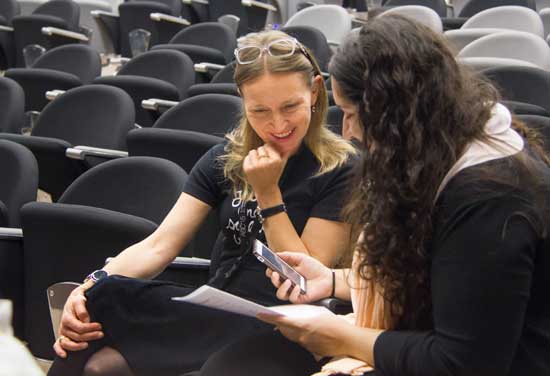 If you had to highlight one of your works, which one would it be?
Maybe the last one, which I finished a couple of months ago, called «Portrait on the Fly». It is a screen and you are standing in front of it. There are 10,000 flies. If you stand in front of the screen, the flies try to sit on the features of the face. Even though it is a very simple interaction, I think it’s fascinating in the sense that people like to see themselves.

In this installation, I feel that people get this sense of how everything is so fragile and life disappears quickly. It is just this one, very short moment when you see yourself and then you are gone again. It deals with this aspect of being ephemeral.

How do you manage to involve the audience in your work?
It is very interesting to look at how we can capture the audience’s attention, not only by making them move in front of the screen, but also by challenging them to become part of the artwork and also to think about their own role in the artwork.

How do you think the crossing between science, art and technology will evolve?
I see now that many programmes are starting everywhere. Arts, science, technology, many people are looking at how we can combine this sorts of fields. Generally, I think even the arts become more scientific. For example, in the university, art students do not have to just make an artwork, they have to write about it, they have to do research about it, background research, to have to do a written exposé. So even the arts become more scientific. I think it is a good process, because it means that you realise your whole concepts, but the way you do it, the method that you use, is more, other people can understand it better. We should not become too rigid, leaving only the academic part, but also involve the freedom part. I think it is very important.

In an interview, you said «scientists often have fantastic brains but they don’t always see the social relevance of what they do».
What I meant by this is that, having worked at a research laboratory, which was mostly computer engineers, I observed that some scientists just do research on a topic without thinking too much about the consequences their research will have. When it comes to inventing a new technology, they do it for the sake of inventing the new technology, but not so much for the implication this technology will have; while I think artists are much more aware about what they develop and how this should have an effect on society.

«It is very interesting to look at how we can capture the audience’s attention, challenging them to become part of the artwork and to think about their role in the artwork»

Could we say that art can lead people to learn about the process of scientific research?
Art is not just an instrument to explain scientific research. I think the big benefit of art is that it goes to the emotional level, and people can, if it is good art, intuitively understand the messages there are behind. And that does not need to be only new knowledge, but it could be also new emotional experimentation, and that is what good artists do. I think it is about raising a new type of awareness about societal topics.