What is the cost of an invasive plant? 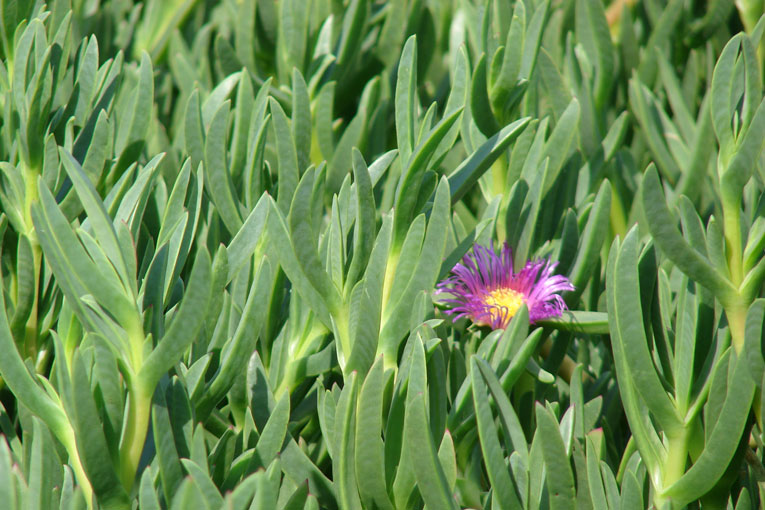 Carpobrotus sp is an invasive plant present in our territory. / Forest & Kim Starr

What is the cost of a destroyed landscape? Or the loss of a species? Or eradicating a plague? These questions might not have a clear answer, at least in economic terms. However, these matters affect and concern our society more and more, as it begins to appreciate the value of its environment. The repercussions of an invasive species is one of the matters raising more concern. Often these species have a devastating effect, but do we really know how much an invasive species costs us?

On Friday 8 April, Montserrat Vilà, researcher at the Doñana Biology Station (CSIC), gave a conference called Ecological and economic impacts of invasive plants, at he Cavanilles Institute of Biodiversity and Evolutionary Biology at the University of Valencia. The environmentalist went over the most representative invasive plants in the world, paying special attention to two factors: ecology and economy.

First of all, the speaker clarified the difference between an exotic plant and an invasive one. According to her, the term ‘invasive plant’ can be defined from two points of view: biological and political. On the biological side, these plants are exotic – meaning they are far from their traditional place of residence – that managed to expand very fast. On the political side, these are exotic plants that «make an impact».

«Even though we talk more often about the impact of invasive animals, plants might have the same o even more impact» the researcher pointed out. As an example, she talked about the case of Carpobrotus sp. But, what are we talking about in terms of impact? In ecology, it is the effect of invasive species on the ecological processes of an ecosystem and how they prompt a deviation from the baseline ideal previous to their presence.

Therefore, it is not a term used to evaluate if these effects are positive or negative. However, we can measure how big or small they are compared to that baseline state, and we can even tell if they grow or decrease with time. These impacts reach every level of the ecological classification, from the individual to the community. Therefore, it is necessary to find the best way to study them. The most common process is to compare similar environments, one with presence and the other with absence of an invasive species; that is, a native system versus one that has been altered. But it is not the only way: in other cases, the study consists in observing the invaded area as time goes by. A comparison can be made between the invaded area and another one where the invasive species has been exterminated.

On the other hand, the effect of invasive plants can be different depending on the regions they are in, as it happens in the case of the Bermuda Buttercup (Oxalis pes-caprae), which has expanded all over the Mediterranean region and is often seen in orange groves. Even if this plant still has a negative effect, its intensity usually varies depending on the area of study.

In the picture, Montserrat Vilà and the attendees at the conference Ecological and economic impacts of invasive plants during the Q&A session. / Marcos Morales

Generally, the studies on invasive plants mainly focus on their negative effects. Also, these usually address a series of model species such as Bromus tectorum – an invasive plant of European origin present in North America that increases the risk of fires – a tendency that limits the results obtained. All these factors, plus the short range of variables examined in every article – usually, diversity and richness of the species – make harder to assess the ecological damage caused by invasive plants as a whole.

But ecological damage is not the only aspect that is difficult to evaluate. In the economic field, the impact of invasive plants is growing. In this sense, one of the most interesting aspects is the one concerning human health. The increasing number of allergies due to the pollen of exotic plants is becoming a big problem for the immune system of people living in regions where these plants do not grow naturally. In this case, invasive plants are to blame not only for allergen production: the use of exotic plants ornamentally in gardens is also increasing their presence.

We should not forget that some invasive species have had a tremendous impact in terms of aesthetic: it was the case of the red palm weevil (Rhynchophorus ferrugineus) which also had a considerable economic cost. That is why, more and more, public institutions are trying to perform risk assessment analyses on the different invasive species. According to Vilà’s words, «these are only protocols displayed to make a decision about a certain species».

The researcher concluded her presentation remarking that is necessary to continue studying the impact of invasive plants, since we only have information about a few and it is not transversal to every ecological level. Moreover, the research and study of these plants should evolve from a specific to a global level. This information will help us in the future to perform more and better risk assessments in order to act more effectively against this global and exponential problem. We might even find out how much an invasive plant costs.

Rynchophorus ferrugineus, or the palm tree eater: The arduous race against the red palm weevil pest in the Valencia region, by José Vicente Bernabeu