Mètode reaches 100 issues with ‘The challenges of science’

What challenges are awaiting science in the short and medium term, in technical, social and even ethical terms? What will we do with a system that is moving inexorably towards an energy crisis of dimensions unknown as of yet? Can we manage not only to end world hunger, but also to feed the growing global population in a healthy and sustainable way? Will we develop genetic tools to direct the evolution of our species? Will we overcome the environmental and ecological crises derived from climate change? Will we be able to artificially synthesize living cells in a laboratory?

These complex and hard to answer questions are at the core of the monograph «The challenges of science», centrepiece of issue 100 of Mètode. The issue has been coordinated by Pere Puigdomènech, research professor of the Center for Research in Agricultural Genomics (CSIC-IRTA-UAB-UB) of Cerdanyola, who opens the monograph with a paper focusing on the challenges of our time and the role that scientific research will play. He is followed by Carlos Hidalgo, researcher at the National Fusion Laboratory of the Centre for Energy, Environmental, and Technological Research, with a paper focusing on the challenges posed by the energy transition. Pere Arús, a researcher at the Institute of Agrifood Research and Technology, talks about the agriculture of the future, while Gemma Marfany, professor of Genetics at the University of Barcelona, discusses the technical and ethical keys to human genetic editing. The ecologist and researcher Jaume Terradas tackles the planetary crisis known as the anthropocene and, finally, the researchers from the University of Valencia Manuel Porcar and Juli Peretó delve into the scientific and social challenges of the emerging field of synthetic biology. 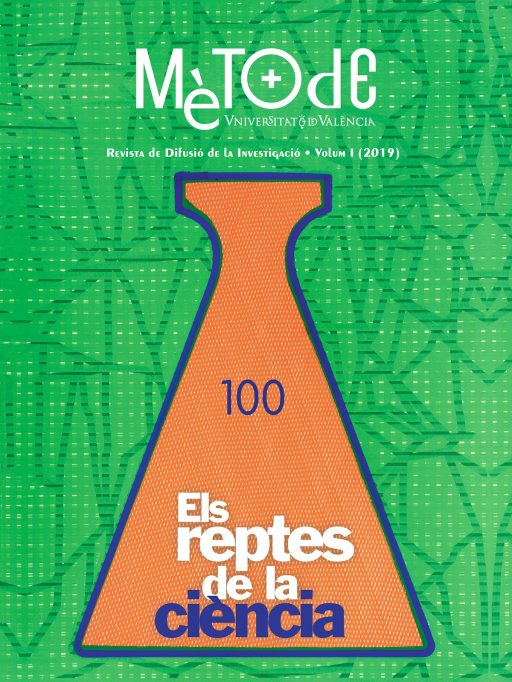 Cover of issue 100 of Mètode, based on the work of the artist Manuel Sáez.

#Mètode100 is illustrated with the series In search of lost time, by artist Manuel Sáez (Castelló, Spain, 1961), which presents typical laboratory work tools from different perspectives and with a striking combination of colours and textures. The double cover of this issue has been elaborated from Sáez’s work and celebrates the importance of this milestone for the research journal of the University of Valencia.

Mètode interviews Mavi Mestre, principal of the University of Valencia

As always, Mètode‘s monograph is accompanied by interviews and popular science articles. For this occasion, the editor-in-chief of Mètode, Anna Mateu, and the director of the journal Martí Domínguez had the opportunity to talk to M. Vicenta Mestre, principal of the University of Valencia, about her first year at the helm of this institution. On a different note, researchers Pau Carazo and Eduardo García-Roger from the Cavanilles Institute for Biodiversity and Evolutionary Biology interview Hanna Kokko, the professor at the University of Zurich in charge of the opening lecture of the Jornada Científica held last October to commemorate the 20th anniversary of the Cavanilles Institute.

In this issue we also celebrate the late Jorge Wagensberg with a profile written by journalist Lluís Reales, who describes this longed-for Mètode collaborator as an «intrusive thinker and tireless conversationalist». CSIC journalist and communications director Ainhoa Goñi brings us an interesting report on how science and technology team up to investigate past crimes. Finally, Antonio Ariño, vice-principal for culture and sport of the University of Valencia, reflects on the communication of science in a century of fake news and growing cynicism.

The challenges of science will also be the protagonists of the series of lectures organised by Mètode in collaboration with the Escola Europea de Pensament Lluís Vives to celebrate issue number 100.

The cycle, which will take place at the La Nau Cultural Centre of the University of Valencia, starts on Thursday 28 February at 19:00 with a conference on how to communicate climate change in a creative and effective way, delivered by the professor of the University of Colorado-Boulder Maxwell Boykoff. In addition to climate change, other topics that will be the focus of this series of conferences include artificial intelligence, food, genetics, and the secrets of our brain.

As part of the 100 issues celebration, Mètode is also preparing an exhibition that will open on 16 March in the Sala Oberta of the La Nau Cultural Centre and can be visited until 15 September. The exhibition will propose a journey through the main challenges of science following the contents and topics of the journal, with the covers of Mètode‘s publications acting as a common thread. The hundred issues of Mètode are celebrated as part of the programme organised by the La Nau Cultural Centre of the University of Valencia on the occasion of its twentieth anniversary, also coinciding with the 520th anniversary of the University of Valencia. 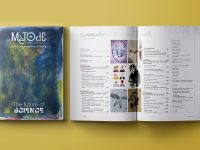