Why is yawning contagious? 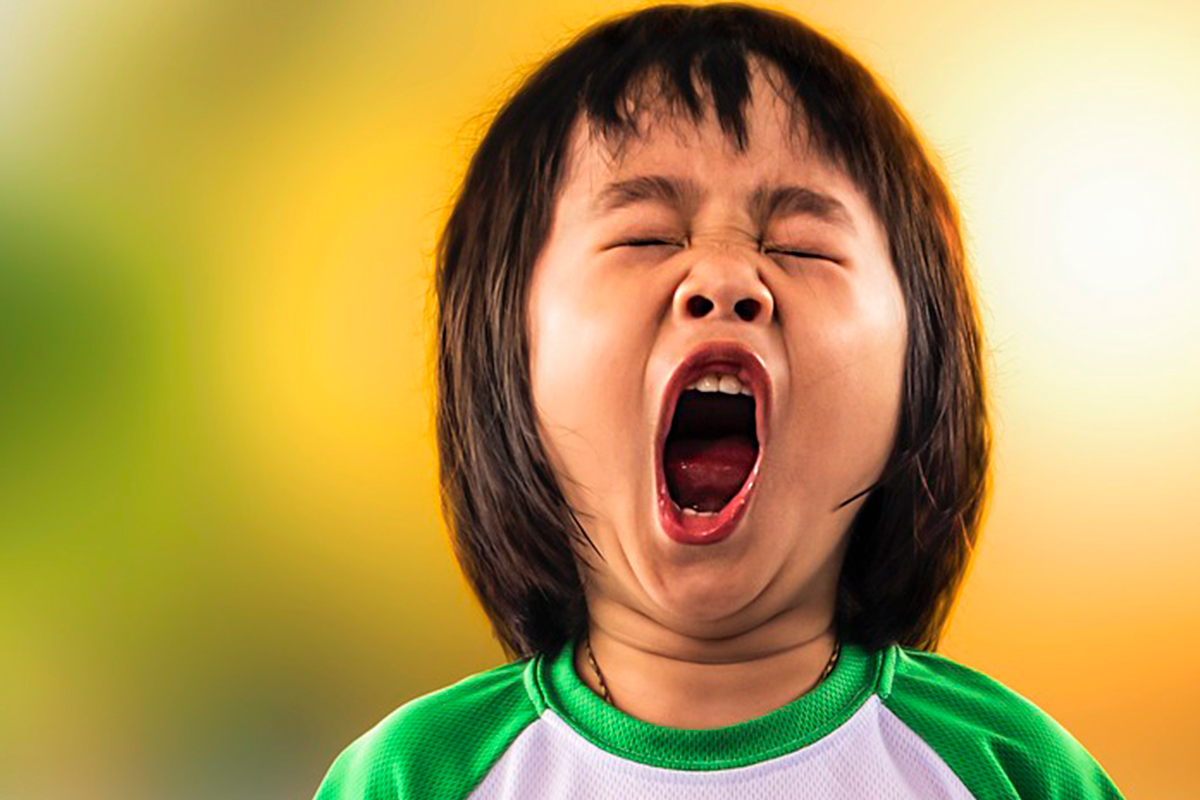 Even though it is a feature all vertebrates share —from the fetus stage to old age—, and in spite of the curiosity this action arouses, its origins and functions are still nowadays breeding ground for controversy and speculation among scientists. On the contrary, popular wisdom is very certain about this topic— if you are yawning it means you are either hungry, sleepy or bored. But scientifically speaking, the only thing that has been proven and widely accepted is that it is contagious in humans, some other primates, and probably dogs. Therefore, a new question lies in front of us: why is yawning contagious?

Yawning is a ubiquitous response and appears regularly in different physiological states and social contexts— although it is only excessive when associated to neurological diseases. Transmitted yawns, as conspicuous as any other kind, are those that start involuntarily and immediately after seeing or listening to someone else yawning. Even the sole fact of thinking or reading about it is enough to make us have the urge to yawn. There is no trace of a doubt, it is a widely documented fact— yawning is contagious!

The most logical answer to involuntary yawning, which you are probably now experiencing, would be that it has some kind of relevant function, whether evolutionarily or phylogenetically preserved, that is so beneficial as to make other members of our species copy it involuntarily, as an adaptive response. For instance, if we yawn because we are bored, or more specifically a bit drowsy, the immediate increase of oxygen levels brings us back to a state of alert we were not previously in, and mimicking this action can also be beneficial for the rest of us. However, experimental evidences seem to refute this hypothesis. Thus, even though behavioural studies and electroencephalographic records taken before yawning starts show that yawning happens when we are in an unsafe state of alert or a bit drowsy, changes in this state after the yawning have not been observed. However, associating yawns with the sleep/wake alternation, breathing, sexuality and nutrition makes us think they are not only related to one function but to many in several species, which would made them a good action to imitate if that was the case. Other researchers think that the fact that yawns are able of counteracting transitory increases of brain and body temperatures is enough to preserve it, evolutionary speaking, among homeotherms, which would also determine their contagious nature. However, among all hypotheses there is one that joins together two aspects. This hypothesis defends that yawning has both a social and a communicative function, and that these social functions match physiological needs.

60% of healthy humans cannot help yawning when they see some of their fellows doing so. Most probably they could not even make out that this unstoppable action is scientifically interpreted as a primitive expression of social thinking, what we currently call sympathy— characteristic of the evolution in hominids.

We already know that the social proximity we humans establish shapes the distribution of this response to yawns. Yawning is more contagious between individuals with strong bonds to one another. Precisely, a few months ago (November 2012), researchers from the Department of Evolutionary and Functional Biology at Parma University and the Natural History Museum at Pisa, proved in Bonobos their capability to sympathise with their fellows’ yawns. Even though spontaneous yawns were more frequent in relaxed situations than in active situations, studying other factors, researchers observed that contagiousness levels increased when it was a female the one that started yawning. These results show once again how important social bonds are.

Neuropsychologically speaking, it is fascinating that yawning contagiousness has a lot to do with sympathy. Now we have to fully understand the complex neural mechanisms that intervene in yawn transmission. We know that one’s susceptibility to sympathise with others’ yawns has to do with self-recognition speed and with social cognitive processes. As one may expect, the brain activation levels in yawning transmission is higher the more alike two yawns are— the one heard and the one produced— thus proving the relationship there is between yawns and sympathy.