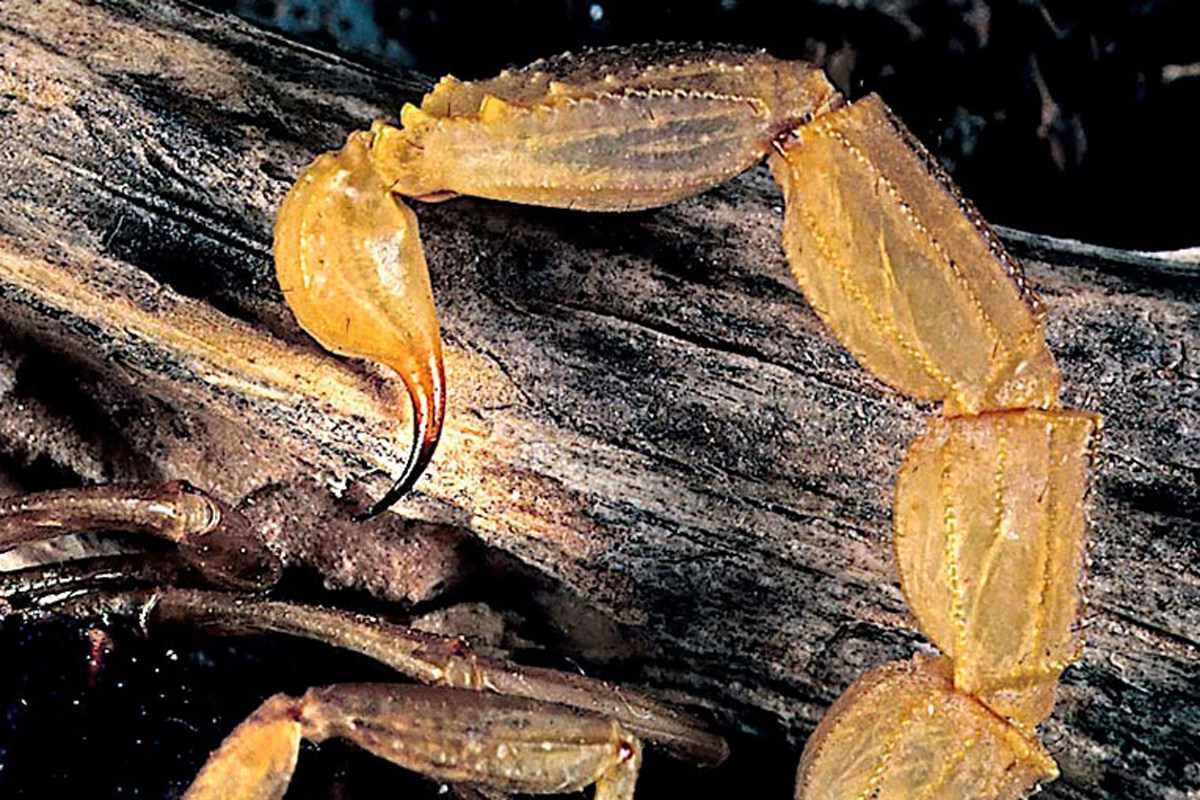 The statement is false. Instead of answering the question, we are going to explain the falseness of the implicit premise in the question. That is, we need to understand that scorpions do not commit suicide, not when surrounded by fire and not even in any other stressful situation, as a lack of oxygen.

This comes from the «urban legend» (or rural) that affirms that when a scorpion is in danger, as for instance, surrounded by fire, in order to avoid suffering, it stings itself. That has basis on real observation, but with a wrong interpretation.

Scorpions belong to a kind of animals called poikilothermic, that is, of variable temperature. It means that they cannot regulate their temperature, so they depend on the environment temperature. That is why if they are surrounded by fire, their body gets hot and quickly dehydrates, which provokes frantic spasms and contractions of the «tail». Watching one of these movements it seems that it stings itself. Actually, what happens it is that the raising of the temperature provokes the denaturing and even the coagulation of the proteins in the interior, something irreversible over the 60 or 65 ºC, provoking convulsions in their body, making their body arch and finally dying. It is also possible that, depending on the kind of fire, it makes an ascendant hot wind column that hinders breathing and suffocates it.

That being said, we have to take into account that the sting cannot go through the hard shell (exoskeleton) that protects the scorpion. In addition, in case of an unlikely accidental sting between the segments, scorpions are immune to their own poison.

Finally, in order for an animal to «decide» to commit suicide, it needs an intelligence and a reasoning capacity that only a few species have. Quite on the contrary, one of the most rooted behaviours in animals is the instinct of survival. In fact, even the concept of «committing suicide» is quite anthropocentric, difficult to apply to animals, and even less to invertebrates.