Does Water Spiral Down Drains in Opposite Directions Depending on Hemispheres? 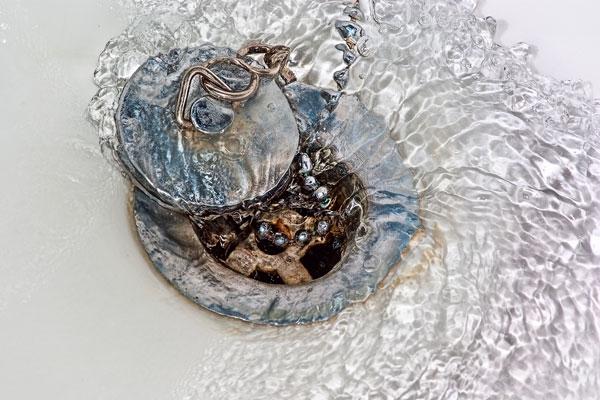 Even though this is a widespread idea, the hemisphere in which the sink is does not univocally determine the direction of the water in the draining. One same sink, or many different sinks in the same place, can drain the water in different directions.

In spite of this disappointing remark, the question is rather interesting and shows that drains are very complex from the point of view of physics. Many factors intervene and their combination determines what will happen. These factors include the shape of the sink and the roughness of its surface, the water pressure, the drain hole shape, the stillness of the water prior pulling the plug…

But, what about the terrestrial hemispheres? Do they affect the water spiralling direction in any way? At first glance it may even be surprising to think about it, but…

In more scientific terms, talking about the water’s spiralling direction means wondering about its trajectory. It is dynamics territory. In order to describe a motion in a uniformly rotating frame of reference centrifugal forces have to be taken into account as well as the Coriolis force. Since the Earth rotates, this must be applied to every object on it.

This is beyond question. A different matter is whether these forces are enough to produce observable effects for themselves. Strictly speaking about Coriolis we must make two remarks: it works in opposite directions depending on the hemisphere, and its intensity depends on the latitude. The intensity is proportional to the Earth’s rotation speed and the speed of the object in motion.

In our case, the Earth rotates very slowly (once every 24 hours), and the other factors involved make the Coriolis force imperceptible. This justifies the initial negative statement. However, it is worthwhile pointing out that phenomena produced at a greater spatial or time scale the Coriolis force can be determining. For instance, when big masses of air or water are in motion. Also, when the effect is accumulated in time, as in the case of Foucault’s pendulum.

If you allow me a joke, a more patronising answer to the question «Does water spiral down drains in opposite directions depending on hemispheres?» Maybe… «depending on the sink’s dimensions».