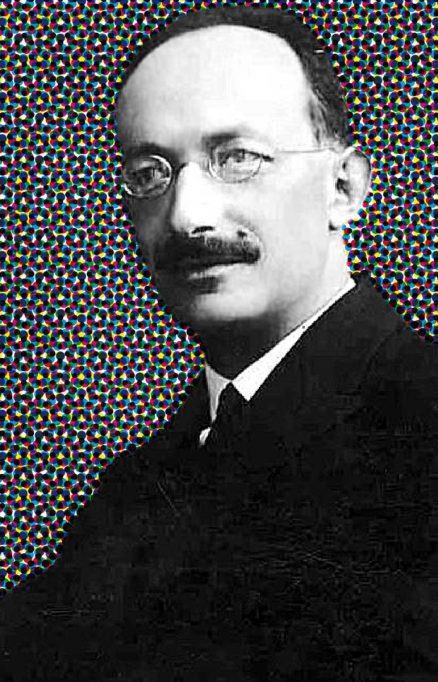 Ludwik Rajchman was born in Warsaw to a Jewish family of scientists and artists, when the current Polish territory was divided between the Austro-Hungarian Empire, Prussia and Russia. His father created and conducted the Warsaw Philharmonic Orchestra and his mother was involved with the international feminist movement. After graduating in medicine in Krakow, he specialised in microbiology at the Pasteur Institute (Paris), in Ilya Metchnikof’s laboratory. Between 1910 and 1913, he moved to King’s College (London) to work as a bacteriology professor. With the onset of the war is named head of the Central Laboratory on dysentery (London) while being in charge of epidemiological studies on the «Spanish flu» and poliomyelitis. In 1918, he leaves London for Warsaw, where he founds the State Institute of Hygiene and the Polish School of Hygiene with the support of the Rockefeller Foundation.

Rajchman was a great promoter of international health as the director of the League of Nations Health Organisation (LNHO). In view of the typhus epidemic ravaging the border between Poland and Russia in 1921, aware that it was an international problem, he promoted an international Epidemic Commission and conference to stop the threat to the rest of Europe despite diplomatic tension. Far from restricting the functions of the LNHO to the control of contagious diseases, he established an ambitious programme, funded by the Rockefeller Foundation, to train experts in public health, create an International Epidemiology Service and World Documentation Centre for Public Health, for biological standardisation (vaccines, sera, nutrients, drugs…), apart from advising countries around the world and promoting programmes to prevent malaria, malnutrition, opium consumption or infant mortality. His personal involvement led him to China as an advisor to Chiang Kai-Shek’s administration in health issues, and to promote the creation of an International Advisory Council.

«The advance of fascism in 1939 forced him to abandon the League of Nations, but his activism continued and he organised an international conference for peace»

Due to conflicting political conditions – Rajchman was Jewish –, the advance of fascism in 1939 forced him to abandon the League of Nations, but his activism continued and he organised – with the help of J. Nehru – an international conference for peace. Between 1939 and 1941, he was appointed delegate to humanitarian affairs of the Polish government in exile. Named also advisor to the Bank of China in 1942, in 1943 he participated in the creation of the UNRRA (United Nations Relief and Rehabilitation Administration), which would help countries devastated by war. When the UNRRA is to be liquidated in 1946, with the support of former president H. Hoover, Rajchman secures a special fund to help children: UNICEF, of which he was the first Chairman.

As the Cold War intensifies, Rajchman’s position is compromised. In the Eastern bloc, Rajchman is suspected of being a pro-American agent and his Polish diplomatic passport is confiscated; in the United States, the McCarthyists accuse him of being a communist spy: in 1957, he is obliged to leave the country precipitously and never returns, settling permanently in France. In Paris, he co-founds the International Children’s Center (ICC) with Roger Debré. The center is to provide training in social pediatrics for future public health workers in war ravaged and developing countries. He was Vice-President of the International Criminal Court and Commandeur de la Légion d’Honneur.  He died in Chenu (Sarthe, France) in 1965. Jean Monnet and Roger Debré were the speakers at his funeral.  Half a century later, Ludwik Rajchman’s indefatigable activism for global health deserves the recognition he never received.