And they were detected a hundred years later 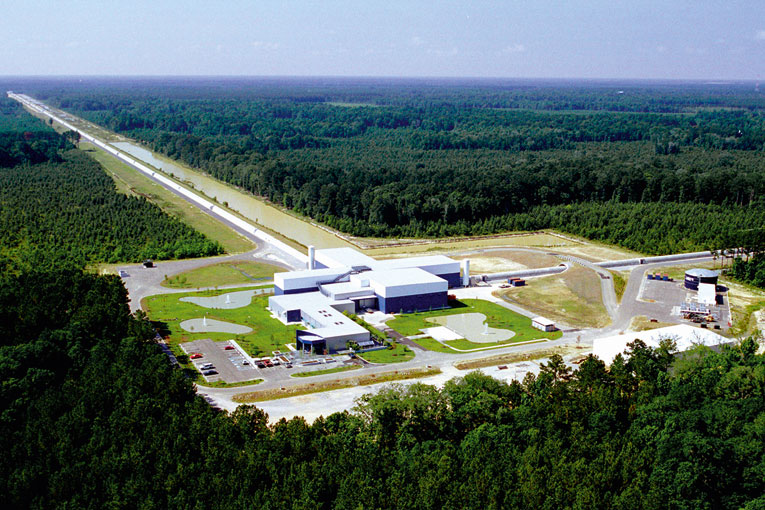 At the end of the nineteenth century most of the physicists believed in the existence of aether. René Descartes postulated three types: luminous, transparent and opaque. The Sun and stars were made of the first one; the Earth and other planets, of the third one; the transparent aether filled the rest in a plenum that carried the heavenly bodies through vortexes. Christiaan Huygens and Gottfried Leibniz tried to explain, with some success, the gravitation in the Solar System on the basis of Cartesian principles. Even Isaac Newton assumed some of these principles at the beginning.

Aether, in its most luminous version, acquired once again importance among scientists when the wave nature of light became known thanks to Thomas Young and other physicists of the time. It was probably William Thompson, Lord Kelvin, who followed the idea of a luminous aether furthest, although his friends and colleagues George Stokes, Hendrik Lord and George F. FitzGerald were also strong supporters of its existence. Oliver Logde, in 1905, described X-rays as «terribly rapid aether vibrations» and the astronomy communicator Agnes M. Clerke wrote in 1902 about «aether as the vehicle for the propagation of light».

To demonstrate the existence of aether Albert Michelson and Edward Morley designed a very ingenious experiment in 1887: they divided a monochromatic ray of light through a semi-silvered lens in two beams that travelled in perpendicular directions, following two optical ways with the same length. With a mirrors system they made them converge at a single point, where interference patterns should be found if light speed in each directions was altered differently by the aether wind producing the motion of the Earth around the Sun. But those interferences were not found.

It is not clear to what extent the experiment of Michelson and Morley could influence the development of the theory of special relativity by Albert Einstein in 1905, but it certainly contributed in a decisive way to the wide and fast acceptance of the constancy property of the speed of light. Years later, in the framework of the theory of general relativity, Einstein postulated the existence of gravitational waves, although he believed that they would never be detected.

Indeed, very massive objects that move quickly produce oscillations in the fabric of spacetime that can be detected, but have been quite elusive: more than a hundred years have passed from the moment gravitational waves were postulated, until finally they have been directly detected. Precisely, a Michelson’s interferometer has been used to do it. The two arms of the LIGO (Laser Interferometer Gravitational-Wave Observatory) are 4 km long – the original tools devised by Michelson and Morley were only 11 meters long – and lasers travel at light speed inside them. If at any given moment the gravitational waves produced such a deformation that one of the arms stretches and the other shrinks, an interference will appear and gravitational waves will be detected. The technical difficulty is huge, because it is like measuring a shrink of a few mm in a 1021-metres-long stick.

On 15 September 2015, LIGO published a positive result that revealed what Einstein postulated, opening a new window to observe the universe: it seems that these interferences would have been produced by the collision of two massive black holes more than a billion light-years away. Nobody on Earth noticed it. Well, not nobody: LIGO was paying attention, detected it and told the scientists that were looking forward to hearing that whisper for decades.