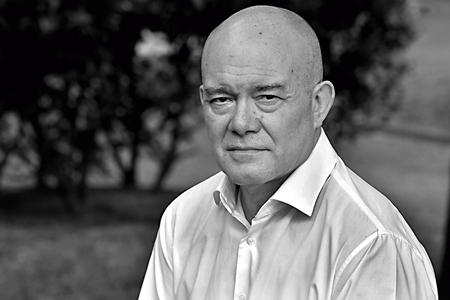 In a crisis like the one caused by COVID-19, both the public in general and the authorities in particular want solutions and, if they are not possible today, they demand at least some certainty to hold on to. However, scientific knowledge has two features that run counter to these demands. On the one hand, it is contingent, meaning that it is not possible to anticipate what knowledge research will produce and, even if it were possible, it would not be possible to know when it would occur. This implies that today we do not know whether there will be effective vaccines or treatments and, if so, when they will be available. On the other hand, scientific knowledge is provisional; the models we use to represent phenomena can be – and indeed they are – replaced by better models as we have more and better observations. The problem is that this provisional character generates distrust among lay people, and it is actually these «weaknesses» that make science such a powerful tool. It can surprise us with revolutionary findings because it is contingent. And because it is provisional, it corrects itself and does not stop progressing.

«What may appear to be weaknesses are, in fact, the features that allow scientific knowledge to progress and be disruptive»

To these intrinsic «weaknesses» we must add the traditional woes of science, which become more acute in an emergency situation such as the present one. The publishing system has been a source of problems for years. Operating under a quasi-monopolistic regime, it parasitises public research budgets and is very costly for administrations, which are precisely the ones that finance most of the activities that produce results. Under normal conditions it is a slow system, because the process of reviewing and accepting reports requires it to be so, and this long delay constitutes a certain hindrance, since it delays the publication of results which may be of great interest. But the problem has become much more acute in the current health crisis, with the slowness accentuated by a dramatic increase in the number of articles sent to journals for publication. Well, this protraction has serious consequences. On the one hand, it has serious consequences because it delays the publication of potentially valuable knowledge to address the disease for too long. And on the other hand, because reports, be it accepted articles or preprints deposited in repositories, circulate without qualified mediation to the public, without any opportunity to be critically examined by the community of specialists in the discipline. These problems feed the spread of erroneous and sometimes dangerous ideas.

We must not treat these ills as atmospheric meteors. On the contrary, the dysfunctions of the publishing system are obstacles that must be overcome and, therefore, a critical situation such as the one we are experiencing should serve as a stimulus to move towards a system without the servitude of the present one. The institutions have a lot to say about this.

And, on the other hand, those of us who are dedicated to the creation and dissemination of knowledge must make intelligent use of its contingent and provisional nature, to promote the idea that what may appear to be weaknesses are, in fact, the features that allow scientific knowledge to progress and be disruptive; that those are precisely the sources of its great strength.

Full professor of physiology, director of the Chair of Scientific Culture at the University of the Basque Country (UPV/EHU), and associate at the Donostia International Physics Centre (DIPC) in Spain. He is the president of Jakiunde, the Academy of Sciences, Arts and Letters of Vasconia, and of the Advisory Committee of The Conversation Spain. In addition, he is the author of Animales ejemplares and co-author, with Joaquín Sevilla, of Los males de la ciencia (both published by Next Door Publishers in 2020 and 2021, respectively).