5,000 out of every 100,000 people. The incidence of high-risk alcohol abuse in Spain. Admittedly, it is not comparable with the ever-growing COVID-19 data, but now that we are more accustomed to population-based data, this figure should concern us. It is even more worrying when we consider that alcohol was the fifth leading risk factor for death in Spain in 2017. In other words, 31,586 people might not have died if alcohol consumption were eliminated.

Talking about alcohol consumption and abuse in our culture is still complicated. Drinking does not have to be a risk, but our society takes this message home and drinking alcohol, even in large quantities, is normalised as part of leisure time. In fact, risk perception of episodic heavy drinking (binge drinking) is very low and most people do not perceive it as risky behaviour (See the EDADES 2017 and 2019 surveys of the National Plan on Drugs). Moreover, confinement has proved to us that leisure and alcohol consumption go hand in hand. In the absence of social contact and recreation, most people aged 18-25 stopped drinking alcohol.1 On the other hand, alcohol addiction, alcoholism, or alcohol use disorder are big words.  We cannot deny that there is a stigma attached to these concepts and when we talk about alcoholism, we might think of a drunk person on the street, a stereotype that is far removed from the many realities of alcohol addiction. This is perhaps one of the most important problems arising when confronted with alcoholism. The associated stigma prevents us from talking about it openly and we may even underestimate the impact of alcohol use disorder in the population. In fact, we started to record data on high-risk drinking in Spain in 2009. Until then, national surveys collected only general consumption data. Stigma also prevents people from questioning their drinking habits and detecting risk at an early stage, which results in less access to specialised treatment and an aggravation of the disease. In fact, the social stigma contributes to worsening the disease for the individual, who is labelled as an alcoholic, condemned to social isolation and binge drinking.

And yes, we are talking about a disease. This is perhaps another cornerstone of successful access and appropriate treatment. For decades, science has shown us that alcohol use disorder is a chronic and relapsing disease, with alterations in the functioning and even in the structure of neurons in brain areas responsible for self-regulation, reward processing, stress, mood, and emotions. To date, these data are incomplete and do not allow us to understand the complexity surrounding the effects of alcohol on the brain, which means that pharmacological therapies, as support for psychotherapeutic approaches, are not as effective as we would hope. In this sense, we still need to make a greater effort to understand why some individuals are vulnerable to developing alcoholism, what factors increase this vulnerability and how gender differences may impact these factors. We now know that there are genetic polymorphisms associated with alcoholism, and that other psychosocial factors, or stress, are key in the development or relapse of binge drinking. However, some other factors still need to be further explored. These include, for example, the existence of other neuropsychiatric conditions or the presence of physical or emotional pain that may promote the use of alcohol as self-medication (see Lorente et al., 2020; Robinson et al., 2009). Unfortunately, as a consequence of the pandemic, we are observing an increase in the incidence of neuropsychiatric diseases, and therefore we should not once again underestimate the possibility that they may be accompanied by an increase in high-risk alcohol consumption.

A detailed understanding of the neurobiological mechanisms that determine an increased risk of alcohol use disorder in men and women will allow us to develop more appropriate and individualised therapies for each type of patient. But let us not forget, we need to overcome the stigma paralysing our preventive capacity, because, as in any other disease, prevention, rather than treatment, is the key.

1. Data obtained from the survey Consumption of alcohol and other drugs in confinement conducted by our laboratory. Unpublished data  (Go back).

Professor of the Department of Pharmacy and Pharmaceutical Technology and Parasitology of the University of Valencia. 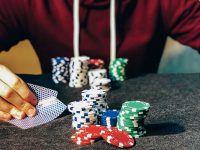 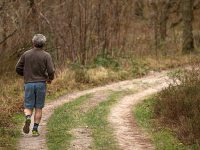