Invisible women during the pandemic

The COVID-19 pandemic is revealing a regression in the overcoming of gender biases that have been noted in research and healthcare for years. The first of these biases is the invisibility of women in research studies, which do not include them among the groups of people being investigated and, when they do include them, do not disaggregate the results by sex and do not clearly analyse whether there are differences in the way women and men become ill.

The team led by the Full Professor of Gender in Primary Healthcare Sabine Oertelt-Prigione has published research on the disregard of sex and gender in ongoing COVID-19 clinical trials. Out of 2,484 studies registered on Clinicaltrials.gov, only 416 (16.7 %) mention sex/gender in the inclusion criteria, and only 103 papers (4.1 %) make any mention of sex/gender at any stage of the analysis of the clinical study. Of the 11 clinical trials published in peer-reviewed scientific journals as of June 2020, none have presented sex-disaggregated results. 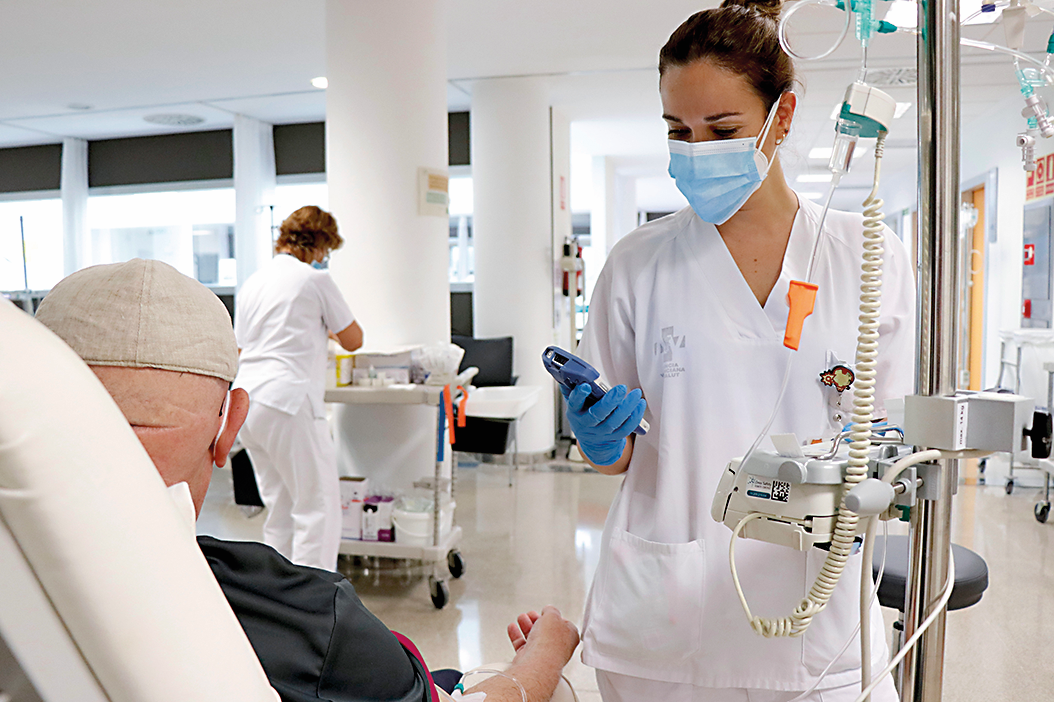 This invisibility is being evidenced by mortality, morbidity, and health outcome data following COVID-19 cases. Failure to express these sex-differentiated data would be the second gender bias. Using data from the Ministry of Health, a first difference noted: right from the start of the pandemic in April and May, 56 % of confirmed cases of infection were women, but among patients admitted to hospital, men predominated, and men also predominated in intensive care unit admissions and overall mortality. These data do not take into account mortality in nursing homes, which are mostly occupied by women, many of whom have died without a clear diagnosis. The estimate of excess mortality compared with data from previous years clearly shows an excess mortality among women. The difference in mortality varies according to age, and thus the sex variable should be added to the age variable to rigorously investigate the differential effects of the virus.

A third gender bias is not taking into account the patient’s profession as a risk factor in differential morbidity. Healthcare professionals are one of the most at-risk professions during the pandemic, and 75 % of healthcare workers are women, working for lower pay, in lower-level jobs, and under more precarious working conditions. According to UNWomen, women health workers have been infected more often with SARS-CoV-2 than men. By the end of September 2020, there have been around 7,000 deaths among health workers worldwide, three quarters of whom are women health workers at all professional levels. In Spain, according to data from the Ministry of Health, 78 % of healthcare workers who have been infected are women.

«In Spain, 78 % of healthcare workers who have been infected are women»

In terms of differential morbidity, the first published follow-up studies on people who have suffered from COVID-19 indicate more health consequences among women, with more persistent symptoms and more difficulties to easily return to their jobs. The most persistent symptoms are fatigue, muscle pain in various parts of the body, respiratory problems, neurological problems, and mobility restrictions.

The confinement mandated during the pandemic has also had a differential impact on women, even for those who have not suffered from the disease. There has been an increase in gender violence and stressful situations due to the multiple tasks that women have had to carry out (education, care, and attention to family units), which they have had to reconcile with remote work. And also in terms of loss of income and jobs, the increase in poverty has a woman’s face.

We also note the invisibility of women in expert groups and most notably in the WHO Emergency Committee, where women experts account for only 20 % of members. The fight against the pandemic cannot make us forget the long years of struggle to make differences visible, nor make the occupational hazards of health workers invisible, and we must ensure that the wisdom of women experts at all levels is not lost.

Graduated in Medicine and Surgery in 1968, she is dedicated to internal medicine and endocrinology. She directs the Women, Health, and Quality of Life Programme at the Centre for Analysis and Health Programmes in Barcelona (Spain), focusing on research and teaching on health, women, and gender issues. She has promoted a network of women health professionals in Spain, Red-Caps. She is the author of several publications and of the books Mujeres y hombres: salud y diferencias (Folio, 1994), Mujeres invisibles (Debolsillo 2006), and Mujeres, salud y poder (Cátedra, 2009).